An alt-F1 blog that explores the sport and business of Formula 1 + the home of the Inside Line F1 Podcast
Kunal's F1 Blog
Skip to content
Homepage F1 Features 2020 F1 Season: 10 Surprise Results Fans Would Love 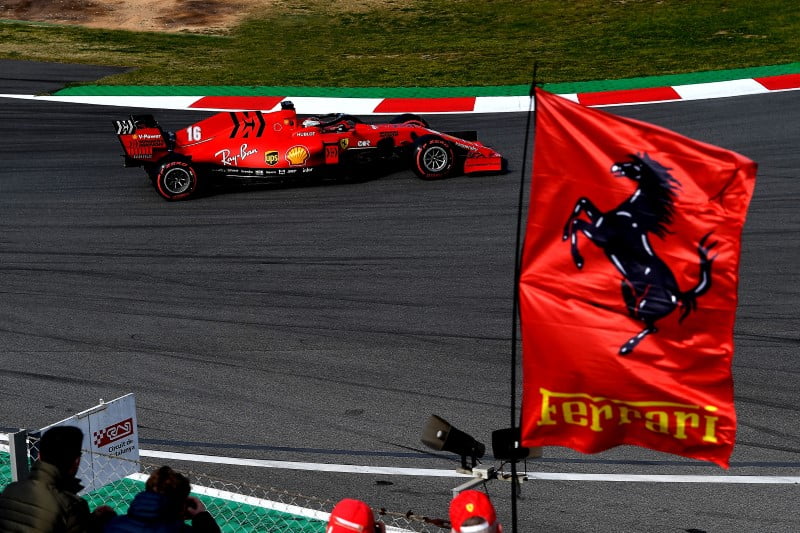 It’s race week! The 2020 Formula 1 season starts in a few days with the opening race at the Albert Park Circuit in Melbourne, Australia. The upcoming season will be Formula 1’s 70th season in history. Here are some surprise results we’d love to see in the sport’s landmark year.

With 22 races, the 2020 Formula 1 season was confirmed to be the sport’s longest season in history. However, the corona-virus outbreak has forced Formula 1 to postpone the 2020 Chinese Grand Prix (17-19 April) to a date later in the year. There have been attempts to swap races (China with Russia, etc.) and look for a date in the second-half of the season with the hope that the virus outbreak is contained or a suitable medical solution is found. Apart from the race in China, there are other early-season races such as Bahrain and Vietnam that could be threatened by the virus, too. It was only yesterday when the 2020 Bahrain Grand Prix was declared as a ‘participant-only’ race — a race without fans in the stands. Here’s hoping that Formula 1 is able to find a safe solution that allows them to host the longest season in their landmark year.

Going purely by pre-season testing form, Ferrari seem way off the marker when it comes to fighting for the constructors’ championship in 2020. If one were to add factors like ever-changing leadership, intra-team rivalry between the drivers, repeated strategic mistakes and so on, predicting a Ferrari win would be an unpopular opinion. But that’s exactly what we’re doing — Ferrari to be crowned Constructors’ Champions in 2020. In our opinion, the Italian team seem to have sand-bagged their way through pre-season testing and will extract the most from their package to finally tackle the Mercedes challenge. If they do so, it would be a championship win for Ferrari after scoring none in the last decade; their last win dating back to 2008.

Lewis Hamilton is gunning for a record-equalling seventh drivers’ championship title in 2020. However, we believe that 2020 is also the season when Hamilton might be forced to handover his champion’s baton to a successor. Max Verstappen, Charles Leclerc and Valtteri Bottas are all gunning for their first-ever championship and have successfully battled against Hamilton in the last few seasons. As for Sebastian Vettel, the fifth title has been his target for way too long. However, none of Hamilton’s rivals have been able to sustain a championship challenge throughout the season. There’s a very slim chance that a World Champion would be crowned from outside of the drivers racing for the top-3 teams (Ferrari, Mercedes and Red Bull Racing). For those who prefer statistics, it was in his fourth season as Hamilton’s team-mate when Nico Rosberg beat the Briton to the title. 2020 will be Bottas’ fourth such season.

New faces on the podium

The 2019 Formula 1 season was a bit of an outlier in the hybrid-turbo era of Formula 1 when it came to offering fans new faces to cheer for on the podium. Despite the podium being locked-out at most races by the top-3 teams, both Toro Rosso (now Alpha Tauri) drivers, Daniil Kvyat and Pierre Gasly, made it to the podium as did Mclaren’s Carlos Sainz Jr. In the race in Brazil, Red Bull Racing’s Alexander Albon narrowly missed out on the podium. In our opinion, this trend could continue in 2020 for a few reasons. First, despite tweaks and adjustments, the current formula of Formula 1 has been stable over the last few seasons and this could aid the overall competitive quotient of the grid. Second, the decision to continue with the Pirelli tyres from 2019 — offering teams much continuity and predictability in tyre wear and performance. Third, a team’s decision to switch focus from 2020 to 2021 — a season in which all teams start from scratch with the new regulations. (Read: F1 Skipping An Entire Generation Of Drivers?)

The Racing Point F1 Team will be rebranded as Aston Martin F1 Team from 2021. However, could the Lawrence Stroll-owned team regain the ‘best of the rest’ (fourth) position in the constructors’ championship in their last season as the Racing Point F1 Team? In their former avatar as the Force India F1 Team, the team finished fourth for two successive seasons — 2016 and 2017, before losing ground due to investor-related troubles. The team used 2019 to stabilise their operations and if pre-season testing form is anything to go by, the team has built a seemingly quick car for 2020. Due it’s striking resemblance to Mercedes’ car from 2019, this year’s Racing Point car has been dubbed as the ‘pink’ Mercedes and the team has publicly expressed that their early season competition won’t be the regular mid-field teams but the front-runners, Ferrari.

Former World Champions, Williams, have already had a good start to the 2020 Formula 1 season. After missing the opening couple of days of pre-season testing in 2019, Williams made a statement when theirs was the first car to leave the pits in the pre-season test for this season. Furthermore, George Russell, who is in his second season with Williams, clocked significantly faster lap-times than what the team managed in 2019. Overall, the general perception is that Williams are better-placed in 2020. But will they be able to lift themselves out of last place in the constructors’ championship? After losing the much-experienced Robert Kubica to Alfa Romeo for 2020, Williams’ driver line-up is filled with newcomers. Nicholas Latifi graduates from Formula 2 and will debut in Formula 1 this season. On the development side, their current signees — Dan Ticktum, Roy Nissany and Jack Aitken, have no experience of racing in Formula 1.

Kimi Raikkonen is undoubtedly Formula 1’s most-popular driver and his stardom grows exponentially with each passing press conference! However, the Finnish driver (fondly known as the Iceman) runs out of his racing contract with Alfa Romeo at the end of the 2020 Formula 1 season. Are Formula 1 fans ready to see Raikkonen retire though? They may probably never be, but here’s hoping that Raikkonen, who will be 41 years of age later this season, is able to stay on for one more season at least. If he does so, he will also be the only current driver to have raced in three decades of Formula 1! Statistics and fandom aside, Alfa Romeo’s other driver Antonio Giovinazzi is yet to prove himself to be a Raikkonen-beater. Furthermore, the new regulations for 2021 could mean that Raikkonen’s experience might come handy. If Raikkonen does continue and Mick Schumacher graduates to Formula 1 in 2021, we could see a Raikkonen-Schumacher pairing at Alfa Romeo. (Read: Kimi Raikkonen For James Bond)

If there’s one driver who needs to deliver a clean season, it’s Sebastian Vettel. The Ferrari driver’s web of errors and judgments can be dated back to the start of the 2017 Singapore Grand Prix. Ever since, the nosedive in Vettel’s stock and performance has been well documented. In fact, the memories of Vettel’s dominance with Red Bull Racing and his quadruple championship wins seem distant. The German driver’s contract with Ferrari is up for renewal and the team have been patient for their once-number 1 driver to come good. However, Ferrari may have also moved on by signing their rising star Charles Leclerc for a record five seasons. In 2020, Vettel will deliver a season to his potential — one that keeps his self-love for racing intact, keeps him respectable in his title battles with his rivals and retains his legacy. And of course, it won’t be Vettel-like if he doesn’t play cheeky in his intra-team battles with Leclerc. (Read: Sebastian Vettel Is Trolling His Trolls)

In their hunt for a suitable partner for Max Verstappen, Red Bull Racing have been ruthless in their decisions to promote-demote as they play around with their existing pool of three drivers — Daniil Kvyat, Pierre Gasly and Alexander Albon. In 2019, the post-summer swap between Albon-Gasly made the headlines as did Albon’s resilience and attitude in the faster of the energy drinks-funded team. The Thai-British racer’s rise through the ranks of Red Bull Racing has been heroic, especially after he was dropped from the program a few seasons ago. In our opinion, Albon will race for Red Bull Racing for all of 2020. Of course, he will do so by performing at a level closer to Verstappen’s, scoring consistent points and sneaking on to the podium every once in a while — just what one needs to do to keep Helmut Marko impressed. (Read: Change Is The Law Of Life: Red Bull Racing)

It’s going to happen, sooner or later. Jehan Daruvala will get his break in Formula 1 — starting with a test session and hopefully lead to a racing contract. But could 2020 be the year when the much-awaited news is announced for 2021? Whilst confirming his move to Formula 2 for 2020, the Indian racer announced his joining of the Red Bull Junior Team, a move that brought him closer to Formula 1 more than ever before. Again, the decision to promote Jehan to Formula 1 will be Red Bull Racing’s (more like Helmut Marko’s) and it will come only after progressive performances in Formula 2. However, a promotion to Alpha Tauri in the near future is just the news that Indian Motorsport fans are cheering for. After all, the current Alpha Tauri drivers are both Red Bull Racing-discards.