An alt-F1 blog that explores the sport and business of Formula 1 + the home of the Inside Line F1 Podcast
Kunal's F1 Blog
Skip to content
Homepage F1 Features F1 2020 Betting Preview: Does Value Lie With Bottas? 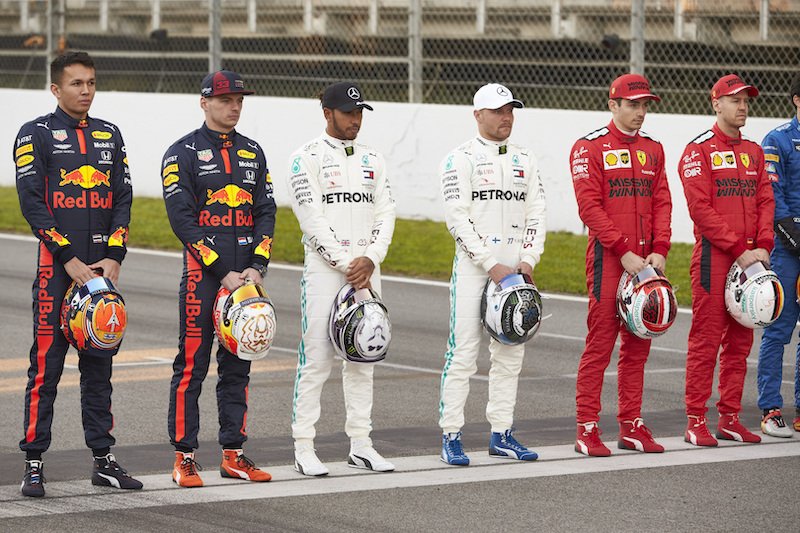 Pre-season testing is in the books, and it is time for Formula 1 to get back down to business as the season kicks off in Australia next weekend.

Lewis Hamilton recorded his best-ever single-season points total as he romped to victory in the 2019 Drivers Championship, and the Brit is well on his way to becoming arguably the greatest of all time.

The six-time world champion is now just one title behind Michael Schumacher, and he is a 4/7 favourite to equal the German’s tally.

It is not just Schumacher’s world championship record that the Mercedes driver is chasing down. Hamilton trails by 91 race wins to 84, and if last season’s performances are anything to go by, he will comfortably eclipse that in 2020.

Who is Hamilton’s biggest threat?

While backing Hamilton at such a short price may not appeal to many, there are some big odds available on the chasing pack.

Max Verstappen is a star in the making and has proven throughout his tenure at Red Bull that he can consistently earn podium finishes and win races.

Last year was the 22-year-old’s best season to date, picking up three victories en route to a third-place finish in the Drivers Championship.

Various betting sites have the Belgian-Dutch youngster priced as short as 9/2 to win the title, making him second-favourite for the crown.

Charles Leclerc found himself on the podium 10 times in his debut season with Ferrari, and the Monegasque driver, who is only 16 days younger than Verstappen, is projected to be in the mix at the very top of the leaderboard too.

The bookmakers can hardly split the pair, with Leclerc having slightly longer title odds of 5/1 in some places.

It may come as a surprise that Hamilton’s Mercedes teammate Valtteri Bottas is a longer shot than Verstappen and Leclerc. The Finn finished a comfortable second last season, with four wins and 15 podiums in total.

8/1 is a generous price for a driver who has the best car in the field but by his own admission just needs to be more consistent.

For bettors who believe Hamilton is destined for title number seven but want some action this season, the Drivers Championship without Hamilton market might take interest.

Betting sites are finding it difficult to separate the aforementioned trio of contenders, but a best price of 5/2 on Bottas looks big when you consider the 2019 standings and the way Mercedes are looking.

Meanwhile, you can get 7/4 on Verstappen and 5/2 on Leclerc. Sebastian Vettel won’t want to be counted out and can be backed at a cool 5/1 without Hamilton, or 12/1 for the title outright.

2020 is a big year in the life of Alex Albon, who was promoted to a Red Bull seat midway through 2019 at the expense of Pierre Gasly. The pressure will be on to deliver the goods now that he has a full pre-season under his belt.

Albon is a massive 66/1 in the betting without Hamilton and isn’t given much of a chance by the bookies as a 17/2 shot in a season match bet against Verstappen.

Prices do vary across different sportsbooks and some bookies offer more diverse markets and bonuses than others, so it is worth looking at a comparison of the best betting site offers before placing your season-long wagers.

While the front of the grid inevitably garners the most attention, there are a number of interesting storylines further down the ranks.

Daniel Ricciardo’s move to Renault in 2019 hasn’t worked out yet, and with this being the last year of his contract, it is important for his future prospects that he proves himself as a capable driver if this is to be his last term with the French manufacturer.

You can get him at 13/8 to earn a podium finish this season, which for a driver who has seven Formula 1 race wins and 29 podiums, is an interesting price.

McLaren were competitive in 2019, earning a top-four berth in the Constructors Championship as they appear to have found a pair of drivers in Carlos Sainz and Lando Norris who get on well and can deliver results.

It will be interesting to see how teenager Norris fares in his second campaign – he is 7/4 to topple Sainz, who finished sixth last year, in the Drivers Championship.

Racing Point are fancied to make waves this season but Lance Stroll will need to improve if they are to progress significantly. Sergio Perez earned 52 points in 2019 compared with Stroll’s 21, and the Mexican is as short as 1/14 to triumph in a season match bet over his teammate again.