An alt-F1 blog that explores the sport and business of Formula 1 + the home of the Inside Line F1 Podcast
Kunal's F1 Blog
Skip to content
Homepage F1 Features Are F1 Drivers Friends? Magnussen Answers 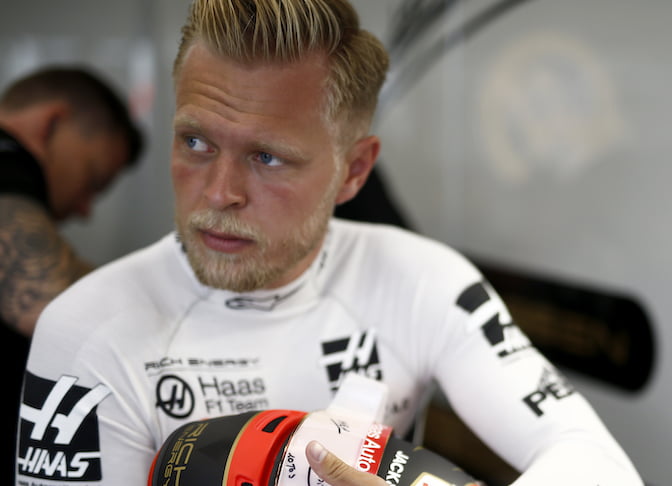 As Formula 1 got back up to speed after the summer break for the Belgian Grand Prix, it was full throttle from the word go. Thursday at Spa Francorchamps was a day of announcements as the dust began to settle with regards to the 2020 grid. It was great to be present in the paddock during such an important time of the season. Here are some of the most interesting anecdotes and moments from the day which we will compile into a daily Paddock Diary from now until Sunday’s Race Day.

The announcement of a 22-race calendar for 2020 was met with a lot of furore. Literally everyone had an opinion on this. Drivers acknowledged their helplessness in influencing the length of the F1 calendar with Kimi Raikkonen saying, “It is out of our control, whatever it is, we will go and see what we can do.” Ferrari driver Sebastian Vettel, who has been a long-time proponent of a shorter calendar shared, “I am not running the sport — of course they make more money when they do more races. I would like to do 16 races, that is how I grew up. It gives drivers the flexibility to do something else.” Meanwhile, Christian Horner of Red Bull Racing underscored the importance of increasing the allocation on power units and components for the longer calendar, given that most teams were already incurring penalties and using four engines.

During a press conference with Robert Kubica, he was asked if he would be driving in the free practice sessions on Friday. Kubica looked alarmed for a second, before asking “Why? Do you know something I don’t?” He then added that in the world of modern Formula 1, information travelled in strange ways. On a day of numerous driver announcements, Kubica is probably on his toes, given that he does not have a confirmed contract for 2020 at the moment.

The calm before the storm

Thursdays in the paddock feel like a sort of dress rehearsal — the calm before the storm, given that the cars wait patiently in the garages being worked upon, before thundering out for the proceedings of the weekend on Friday. The entire paddock smells of gasoline and spray paint (as the track is painted with sponsor logos). Team garages resound with some pretty cool music — did you know you can check out Red Bull Racing’s playlist for the weekend online?

Engine manufacturer Honda has finally gone from zero to hero.  After spending numerous seasons struggling with Mclaren, they are winning races this season with Red Bull Racing. Their new power unit is being introduced at Spa and is highly anticipated. To quote Daniil Kvyat, “I expect a big improvement, how big, we will see. Hopefully, it is enough to feel it at a track (power limited) like Spa and will bring us good performance gain. It should help us be more competitive, especially in qualifying. That’s what’s been missing the most.” Will Honda’s upgrade make Red Bull Racing more potent in the second half of the season?

An interesting revelation came from Kevin Magnussen, who declared that “Not many drivers are friends off the track. We may just say hi to each other when we see each other.” It is no secret that F1 drivers are highly competitive and need to be focussed to deliver their best — probably not the best ingredients to foster a friendship. At the same time, given how tiny the world of F1 is and that they are the only 20 people in the world who can empathise and relate with one another, it is surprising that they are not closer. Of course, there have been famous stories of poker sessions between drivers from the previous generations. In this millennial era, the stories we now hear are of online racing, like what Lando Norris and Max Verstappen do in their free time.

Sergio Perez re-signs with Racing Point #F1 Team for the next 3 years. Woah! That’s a mid-field team that’s locked up it’s driver line-up well into the new era of the sport. Also an indication that Perez’s talent has limited taking elsewhere?#RacingPoint

Speaking of the silly season, all eyes were on Racing Point driver Sergio Perez — a highly talented driver who is out of contract at the end of this season. While an extension with the team is expected, the sport can throw up strange surprises. Perez played it cool, saying that he was “confident that we can announce it soon and just get on with it.” When probed, however, he declined to specifically mention Racing Point. 2020 would mark his sixth straight season with the team, and although he has proven that he has what it takes to race further up the order, there seems no vacant opportunity for the Mexican with a top team. (this post was written before Perez-Racing Point’s announcement)

It is delightful to see the line between the drivers’ personal and professional lives blur. Since Thursdays are reserved for media engagements and there is no racing, they are able to joke, chat, and mingle more easily. Kevin Magnussen grinned as he shared that he went to Greece with his new wife for their honeymoon over summer, while Valtteri Bottas (who turned 30 earlier in the week) shared that the birthday was a ‘once in a lifetime milestone’ and hence a good excuse to throw a party. Bottas never came across as a party person to us, but then again, who knows.

Daniel Ricciardo enters his briefing saying “Hello, my name is Esteban Ocon.” He’s in his racing overalls, so says “I thought it was Friday”. Whatta dude. #F1 needs such awesome personalities.

Finally, Formula 1’s most humourous character Daniel Ricciardo struck again. Given that the news of Esteban Ocon moving to Renault was the talk of the day (and Ocon himself was not slated for any media sessions) Ricciardo greeted the media people saying, “Hello, my name is Esteban Ocon.” True to his reputation, the Australian had us in splits all through. Sample this nugget — when asked about his opinion on having three teammates in three successive years he quipped, “I hate them all!” No wonder he’s one of the most popular drivers on the grid.