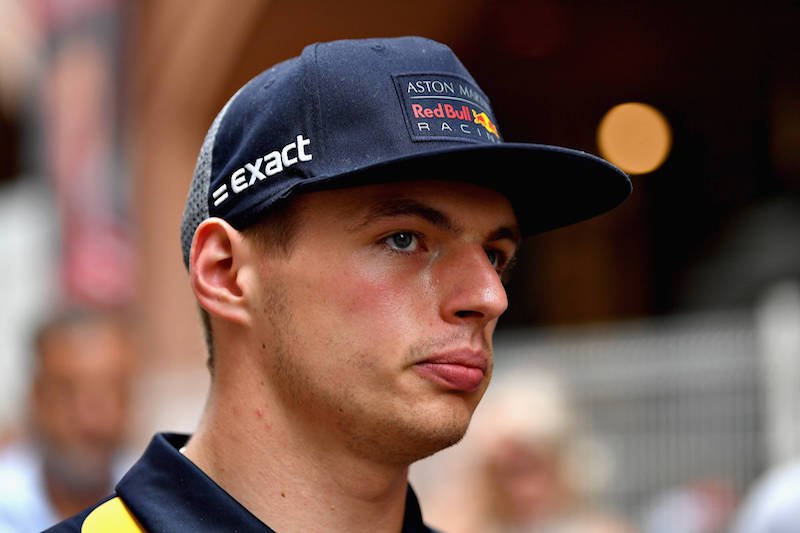 When you are Max Verstappen, everything might seem to be coming to you at a quick pace. He landed a Formula One seat as the youngest ever driver, earned an early promotion to Red Bull Racing and went on to register a win on his Red Bull Racing debut. Verstappen became the paddock prodigy, Red Bull Racing’s golden boy and a ‘future world champion’ as many have predicted.
However, things seem to have gone terribly wrong for Verstappen in 2018. He has made six errors in the opening six races of the season, including one move that saw him take out teammate Daniel Ricciardo (Azerbaijan). Criticism for Verstappen has been pouring in from all quarters and there is only so much that can be forgiven with a view to ‘inexperience’ and ‘youth’ now that the Dutchman is in his fourth season of Formula One. We can’t help but wonder, how has one of the sport’s most-electric talents gone from being aÂ hero to zero multiple times over in 2018?

Everyone’s having a go at Verstappen

In the world of Formula One, opinions change very quickly and Verstappen’s six mistakes on the trot have given plenty of individuals in the paddock to speak up. From Nico Rosberg to Felipe Massa, Lewis Hamilton, Sergio Perez and others, the list is long and ever-increasing.

The quintessential critic and 1997 Formula One World Champion Jacques Villeneuve summed it up when he said, “So if he (Verstappen) keeps doing (things) like this he will never be a champion. Something has to change because since the beginning of the season it has been like this.”

After defending Verstappen’s crash-happy ways in the first few races of 2018 and shoving it under the ‘development’ carpet, Red Bull Racing team boss Christian Horner finally offered his young driver some advice after a repeat error in Free Practice 3 cost both, the team and driver, valuable championship points. “I think he has a very good teacher in the car next door to him,” said Horner.

Verstappen Should Get A Sports Psychologist

In our memory and however slight, this is the first time that Red Bull Racing has publicly acknowledged Ricciardo’s talent (and maturity?) over Verstappen.

The big question that everyone’s asking is whether Verstappen will be subjected to a Daniil Kvyat style demotion to Toro Rosso. In 2016, former Red Bull Racing driver Kvyat was demoted to Toro Rosso to ‘continue with his development’ after a series of crashes (and a podium, actually!) that saw him fall out of favour with the Red Bull Racing management.
“Back to Toro Rosso? That’s not possible at all,” Verstappen toldÂ De Limburger.
First things first, calling for Verstappen’s demotion is not inappropriate, if one was to consider that Red Bull Racing would mete equal treatment to both — Kvyat and Verstappen. In fact, if Red Bull Racing’s timeframe for evaluating such a decision for 2018 was the same as 2016 (for Kvyat; 4 races), then Verstappen wouldn’t even have his lone podium from Spain to talk about. Kvyat had scored a podium in China (2016) just three weeks before his demotion was announced. But of course, one could argue that Verstappen has three victories to his name, as opposed to nil for Kvyat. But not getting off to a proper start to the season seems to be a problem that Verstappen has been carrying from last season.

Apart from Verstappen’s insistence on a demotion not being a possibility, Red Bull Racing should not demote Verstappen for one key reason. He is Max Verstappen!

Here’s this week’s episode of the Inside Line F1 Podcast, in case you’ve missed it!

Before we let driver perception rob us of a logical argument, let’s consider why Kvyat was demoted in the first place. In his first year in Formula 1 (2016, Toro Rosso) itself, Verstappen proved how his talents were different than most others and how he could be destined for greatness in Formula 1. There was pressure on Red Bull Racing (with rumours that Ferrari and Mercedes were apparently chasing their prodigy) to hold on to Verstappen and the best way to do so was to promote him to the parent team and give him wings to prove himself. Hence, a large part of Kvyat’s demotion was linked to promoting Verstappen and not just the Russian’s crashing ways.
Horner’s justification of Kvyat’s demotion back in 2016 sounds psychologically similar to his comments on Verstappen after last weekend’s Monaco Grand Prix.
Horner on Kvyat: “Dany will be able to continue his development at Toro Rosso, in a team that he is familiar with, giving him the chance to regain his form and show his potential.”
Horner on Verstappen: “He needs to go away and reflect on what could have been, what should have been, and apply that for the future…Most guys would have gone through some of this in the lower formulas that you wouldn’t have even seen, whereas he is having to deal with it in a very public arena. I’m sure he will emerge from it on the other side.”
Unfortunate for Kvyat, but again, Kvyat’s no Verstappen and this is Formula 1, so the difference in treatment is justifiable.

Who will Red Bull Racing promote?

Is being Verstappen reason enough for Red Bull Racing to not demote him? Simply put: yes.
Let’s face it, every team principal in the paddock would wish for Verstappen to be driving for his/her team. Yes, despite his errant and crashing ways this season. We’ve not run this poll in the paddock, but such sort of a question probably doesn’t even need one. Till date, Verstappen has done enough to prove his talent and merit some more patience from everyone; while possibly diminishing a little after each error, he still does have immense support from Red Bull Racing. This is not to say that Verstappen doesn’t need to change his ways; he desperately does. But time might not be running out for him just yet.
Red Bull Racing doesn’t have a driver problem they faced in 2016 — they aren’t in dire need to promote either Pierre Gasly or Brendon Hartley to the parent team. As for Carlos Sainz Jr., Red Bull Racing would have already analysed data from the Sainz-Verstappen days at Toro Rosso to conclude which driver was faster between the two.

Apart from talent, Verstappen’s age is one of his biggest pluses. He will turn ‘only’ 21 in September. With a minimum of 10-15 years of racing left in him, any team that invests in him will definitely reap benefits as he matures with age. He is also a super-achiever at this young age — 3 wins, 8 podiums, that too in a package that has been third or second fastest, at best. Verstappen’s attitude towards overtaking (no respect whatsoever!) and his breathtaking moves propelled him to the early stardom while at Toro Rosso. In fact, on the current grid, Verstappen is one of the harder drivers to make a move on. Finally, the sheer fan power that Verstappen attracts – one that voted him as the ‘Driver of the Day’ even at a race where he crashed! For Red Bull, the energy drinks brand, the fast, edgy, non-conformist yet successful attributes of Verstappen are a perfect match — not to mention the fact that he exemplifies the younger consumers that the brand is targeting.
The unexpected beneficiaries of Verstappen’s ways have been Gasly and Daniel Ricciardo. Gasly’s performances in Bahrain and Monaco definitely stand out, but talks of a promotion would be too early – but this is good PR for the Frenchman. In Ricciardo’s case, along with two victories this season, his beating of Verstappen has made him the hottest property in the paddock today. As his contract negotiation period nears, Ricciardo will hold the upper edge after proving that while Red Bull Racing might be invested in Verstappen in the long term, it is he who is delivering the goods today. Basis current form, Verstappen is a good race winner, while Ricciardo is more bankable when it comes to sustaining a championship challenge over an ever-increasing Formula 1 calendar. As for Red Bull Racing, no other driver pair would offer as much consistency, stability and excitement in 2019 as Ricciardo-Verstappen. Now, whether Ricciardo will stay is another story altogether.