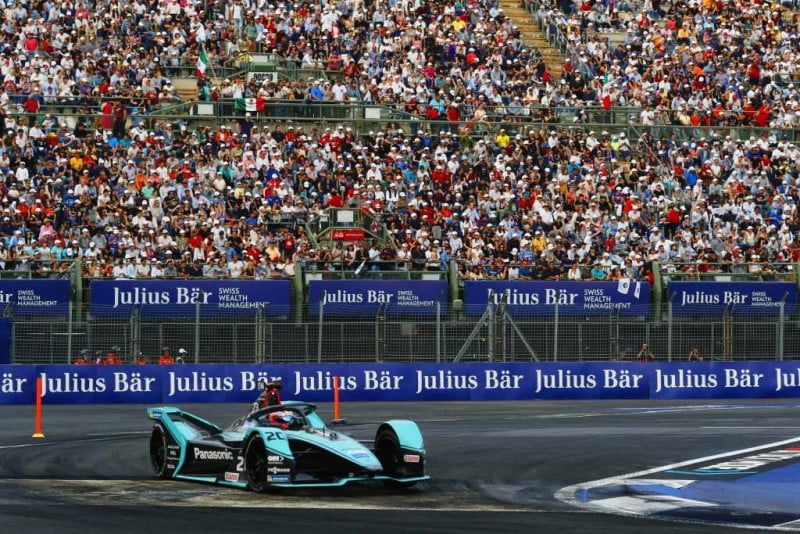 The 2020 Mexico City ePrix was a race of a few firsts and comeback drives. Four different drivers have won the opening four races of Formula E.

A majority of Formula E races are held on street circuits. This is why the Mexico City ePrix, the fourth round of the 2019-20 Formula E season, was a bit different. After all, it’s one of the few races that is actually hosted at a proper racing circuit — the Autódromo Hermanos Rodríguez. For those who follow both series, Formula E and Formula 1, would know that this is also the same circuit that hosts the Mexico Grand Prix every year. Of course, the circuit layout for both series is different ruling out any direct comparisons between their cars, if one was ever interested.

The race win propelled Evans (he jumped seven positions) into the lead of the Drivers’ Championship for the first time in this series. It was also the first time in the season that both Mahindra Racing drivers finished in the points – this is despite a 40-place grid penalty dropping both drivers to the last row at the start of the race. And finally, former Formula E champion Sebastian Buemi (2015-16) scored his first points of the season in the 2020 Mexico City ePrix.

“I didn’t even know I was the Championship leader. It’s nice to have, don’t get me wrong but it’s still way too early — things can change pretty quick, so I’m not going to get too far ahead of myself — things can change race by race. I know how tight it is between the top ten in the standings but I’m sure, from one race to the next things are going to switch and change pretty frequently,” exclaimed a jubilant Evans.

It was Evans who scored pole position in the group qualifying stage — a momentum he carried forward from the last race in Santiago.

Mercedes’ Nyck de Vries was a little over a tenth off Evans’ time followed by Porsche’s Lotterer, Mahindra’s Pascal Wehrlein and Nissan’s Sebastian Buemi. Alexander Sims, the BMW driver who scored pole positions in the first two races of the season, could only manage a lowly 20th place. Likewise for his teammate, Max Guenther, who won the last race in Santiago, an 18th place was the best he could manage in qualifying. In Super Pole, the battle for top honours was between Lotterer and Evans. The Porsche driver grabbed the most-coveted starting position on the grid by a mere 0.063 of a second. Mahindra’s Wehrlein was third, continuing his fine form in Mexico – a race he almost won last year. Strangely, the reigning Formula E champion, Jean-Eric Vergne, is yet to make an appearance in Super Pole this season.

Lotterer suffered wheel-spin at the start that cost him his lead at the exit of Turn 1. In fact, Evans’ aggressive maneuvre at the entry of Turn 1 saw both drivers touch — causing Lotterer to go wide handing Evans the lead. From hereon, Evans’ lead was untouched. In fact, his win could be classified as a lights-to-flag win with his lead to the second-placed driver at one point being as high as seven seconds — both unusual phenomena for a Formula E race.

While Evans was leading comfortably, chaos ensued behind him in typical Formula E fashion. There were crashes, a Safety Car period (courtesy Dragon’s Nico Mueller) and Attack Mode-enabled attacks and defenses all through the field. In the early part of the race, Virgin Racing’s Sam Bird (the winner of the first race of the season in Saudi Arabia) fought against Nissan’s Buemi while Lotterer slipped further down the order with every passing lap. In fact, the German driver who started from pole position suffered from extensive bodywork damage eventually leading to his retirement. Despite Lotterer’s experience and pace, the Porsche driver is yet to win a race in Formula E!

Eventually, it was Techeetah’s Antonio Felix da Costa who made a late-race charge to the podium work in his favour for the second race in succession. The Portuguese driver, who started ninth, conserved energy in the early stages and used it to good effect to overtake de Vries and put pressure on Bird for second place in the closing stages. Unexpectedly, Bird crashed in the last few minutes of the race, handing Costa his second podium finish in as many races. However, the more interesting aspect of da Costa’s podium charge was the back-and-forth on team radio as he and Vergne were running in succession.

TECH NOTE: Just How Different Will Motorsport Look In A Few Years?

The team deployed team orders time and again to get the driver with an advantage ahead. Given that Costa had more battery power, he was given the nod to keep the position ahead of Vergne. Interestingly, this was also the second race in succession the two Techeetah drivers required team intervention in the race.

“I’m beyond gutted with today. We’d shown just how quick the car was this morning and I was making great progress during the race – a podium finish was in our grasp. Losing it so close to the end of the race is heartbreaking but it shows just how difficult this championship is, there’s just no room for error,” explained Bird of his rare error. A podium finish would’ve bettered Bird’s championship chances as both of his immediate rivals (Vandoorne and Sims) were trailing him in the race standings.

Jaguar were robbed of a double-point finish in the 2020 Mexico City ePrix after their other driver James Calado was disqualified post-race for irregular energy usage. Calado’s disqualification meant that Mahindra’s Jerome d’Ambrosio was promoted from 11th to 10th place — scoring an extra point for the team.

The most notable drive of the race has to be BMW’s Sims, who trails Evans by a single point in the Drivers’ Championship. The British driver started 18th and raced his way up to the fifth place to collect 11 points plus an extra point for the fastest lap of the race. Audi’s Lucas di Grassi fended off a late-race charge from Nissan’s Oliver Rowland to keep 6th place while Venturi’s Edoardo Mortara claimed 8th ahead of the two Mahindra Racing drivers.

In the Teams’ Championship, BMW retained their top spot but it was Jaguar who jumped three positions (thanks to Evans’ performances) to second place. Unfortunately for Indian Motorsport fans, Mahindra Racing’s worst start to a season continued after both drivers suffered from grid penalties and in-race infractions. The Indian-owned team sits 10th in the Teams’ Championship with 17 points — four points adrift of season debutants Porsche in ninth.

After an incredible comeback to claw back 28 positions, #MahindraRacing has a double-points finish at the #MexicoCityEPrix. After post-race penalties, @PWehrlein finished P9 with @thereal_JDA right behind in P10. Never give up! ? #ABBFormulaE pic.twitter.com/U6M5e0vI4Z

A fortnight away is the 2020 Marrakesh ePrix — a race venue that was a replacement after the initially approved Hong Kong ePrix was cancelled. As with other Motorsport series, Formula E too faces cancellation of the 2020 Sanya ePrix (in China) due to the coronavirus outbreak. This means that the 2019-20 Formula E championships will be fought over 13 races with no race in the month of March. 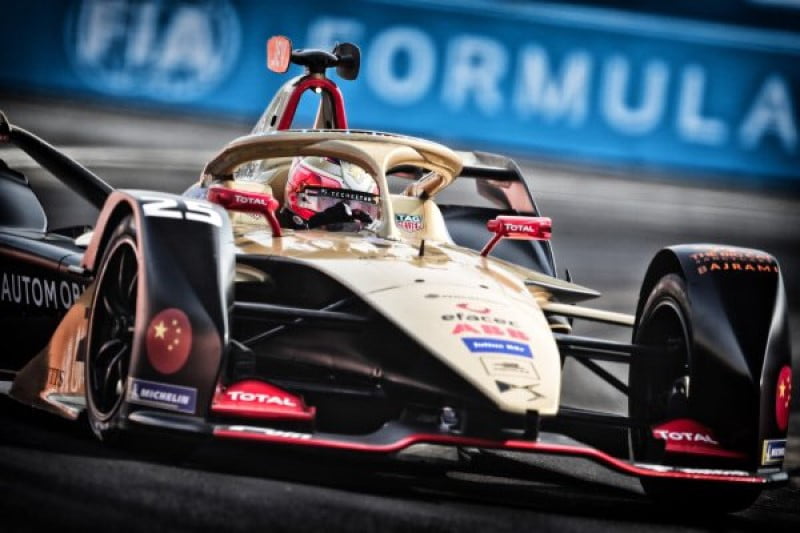 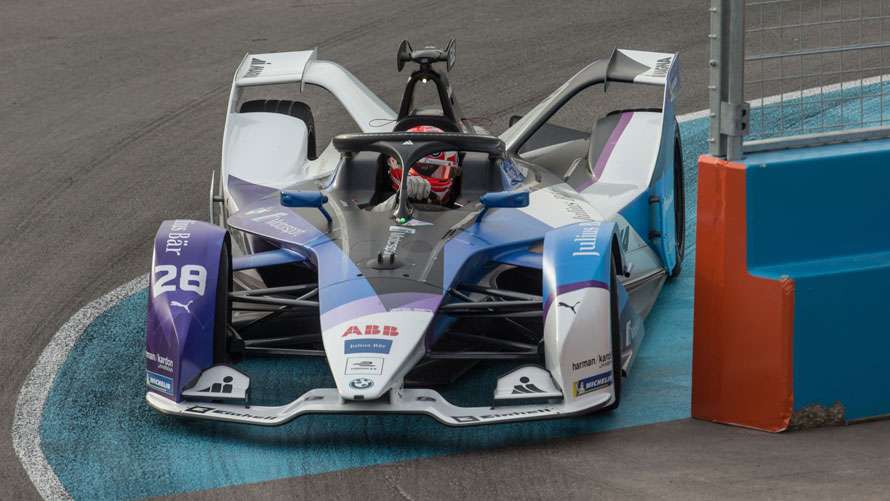 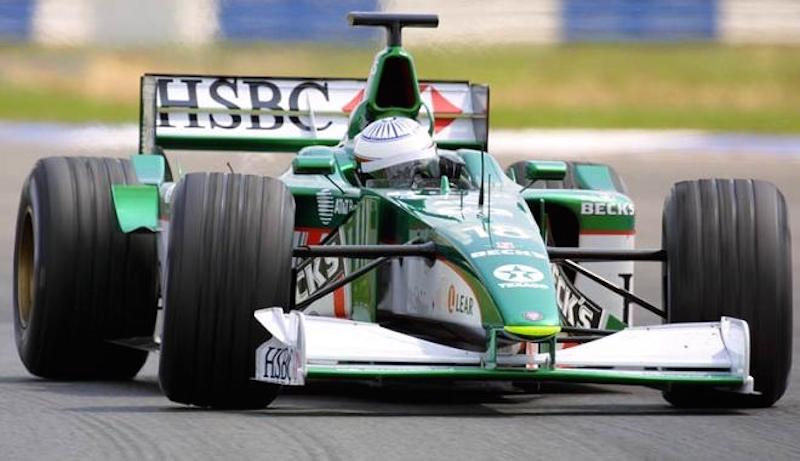