An alt-F1 blog that explores the sport and business of Formula 1 + the home of the Inside Line F1 Podcast
Kunal's F1 Blog
Skip to content
Homepage F1 Features Did You Know? F1 Stats & Facts: Jeddah Corniche Circuit, Saudi Arabia GP 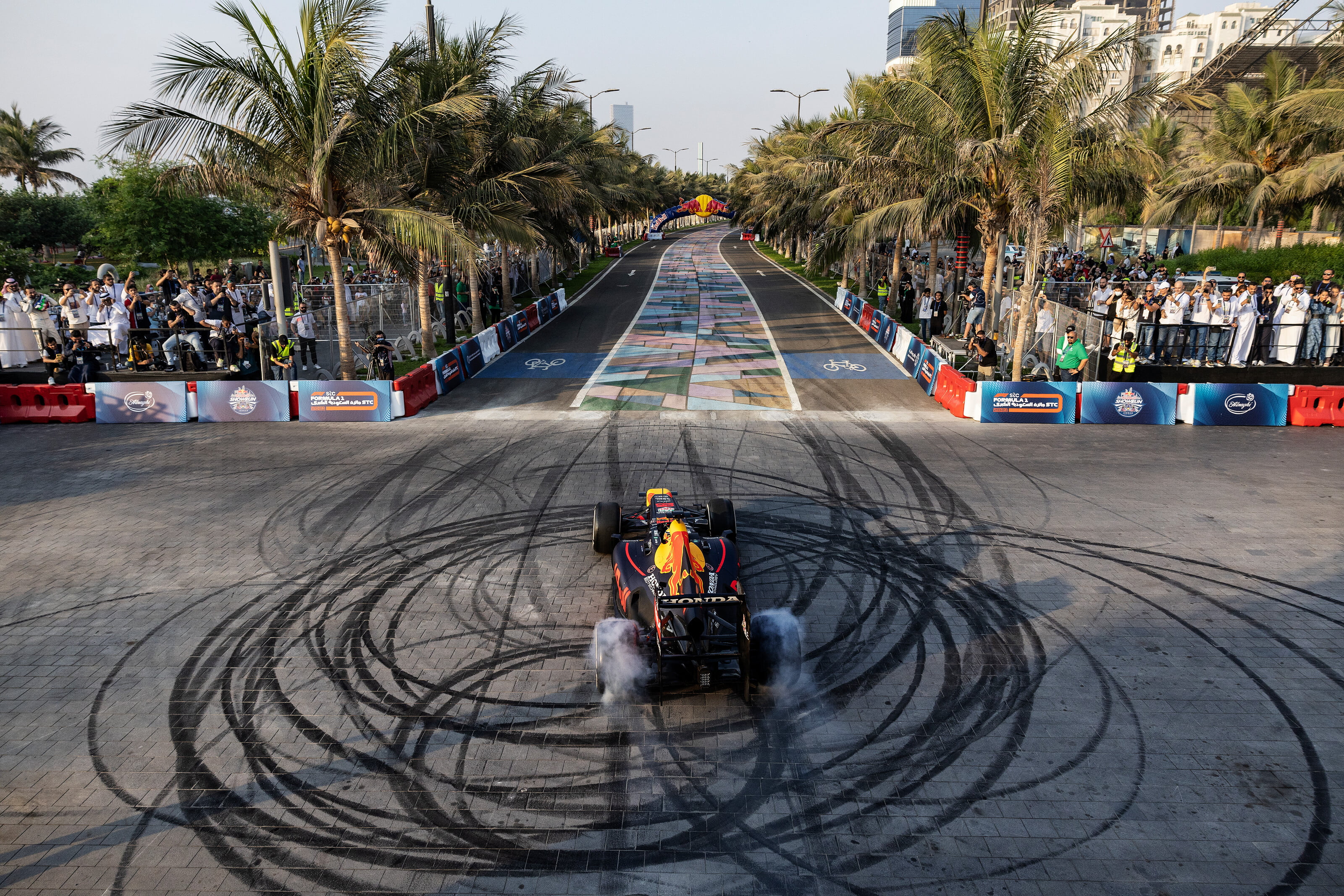 ‘Know Your F1 Circuit’ is a new series launched on my F1 blog. The posts under this series will be penned by Saumil Patel, an avid fan of the sport. You can follow the full series throughout the season by using the ‘Know Your F1 Circuit’ tag. This post focuses on the F1 facts, history & stats of the ‘Jeddah Corniche Circuit’ – a circuit that’s expected to claim the ‘fastest street circuit in the world’.

The Jeddah Corniche Circuit is located on the Jeddah Corniche; a coastal resort area spread over thirty kilometers along the Red Sea which features large civic sculptures and the King Fahd’s Fountain (World’s highest fountain – the water jets more than 212 meters high at speeds in excess of 97 meters per second) in the city of Jeddah, Saudi Arabia. The closest international airport, King Abdulaziz International Airport (JED) is at a distance of 17km, around 25 minutes of drive time.

Till very recently, Motorsport was subdued in Saudi Arabia. The closest they got to Formula 1 was by virtue of association, when their national carrier Saudia along with a few business houses started co-sponsoring the Williams team 1978 onward.  Its first real tryst with Motorsport was as recent as 2018 when they hosted the Race of Champions at the King Fahd International Stadium in Riyadh.

Buoyed by the international exposure and enthusiasm showed by the locals, the Diriyah ePrix, Dakar Rally and Extreme E were added in quick succession. It was only a matter of time before the Saudi’s got the world’s biggest Motorsport event to town. Saudi Arabia will soon be the thirty-third country to host Formula 1 Grand Prix and by all accounts it is going to be a spectacular entry into the world of Formula 1.

“The circuit in Jeddah will be extraordinary,” says F1 track designer Carsten Tilke. “It will be a different kind of street track, something the world has never seen before.”

So, what’s the big deal?

The circuit is designed for speed – blistering speed. Long, flat-out straights, fast sweeping, banked corners with a few tight twisty ones. The initial design layout had limited overtaking opportunities but Formula 1 seems to have given their inputs and hopes that spectators don’t have to see a car parade on the circuit! Of the twenty-seven corners quite a few of them are kinks on full throttle sections.

Exiting the first potential DRS zone, entering into corner 1, a 90° medium speed left hander exiting into corners 2 & 3, both high speed right handers may well be the first key overtaking sector. Corners 4 through 12 are a fast-sweeping combination corners taken flat-out. Corner 13 is a fast sweeping banked 180° left hander with overtaking opportunities (circuit turns back on itself) leading into more flat-out kinks (corners 14 through 17).

For all its ultra-high speed DNA, it still will be technically challenging to master the 27 corners and getting the lines right, especially in the sectors where the walls are treacherously close to the edge of the circuit. Frequently clocking +250 km/h on the odometer under the lights, the driver’s concentration and skill will be of paramount importance.

Mistakes on this circuit which features a few blind corners and doesn’t offer large runoffs can prove to be expensive. The freshly laid track may not offer the desired grip in the beginning but hopefully as the race weekend progresses the grip levels will increase. Keeping the brakes in the working temperature range is going to take some effort as the circuit doesn’t feature enough braking zones between flat-outs. Tyre management and performance will play a big role in the outcome on this circuit; the 27 corners will work the tyres hard.

Makings of an extraordinary circuit.

It is intriguing that the penultimate race is held at a brand new venue. Devoid of any history or data, basing strategies solely on simulation data has its limitations, which highlights the importance of all three free practice runs and the qualifier. Sure the teams will learn and tweak on the fly but will it be enough go into the race without trepidation?

The circuit’s design seems to favor straight line speeds and with the recent (Interlagos and Losail) engine power & performance resurgence, Hamilton nearly seems to have this race under his belt unless the wear on his power unit weighs him down.

Verstappen has put up better street circuit performance this season; will this be enough to slip by Hamilton?

Two races to go and eight points separating the front runners – wow this is going down to the wire. Points for the fastest laps will be manna from heaven.