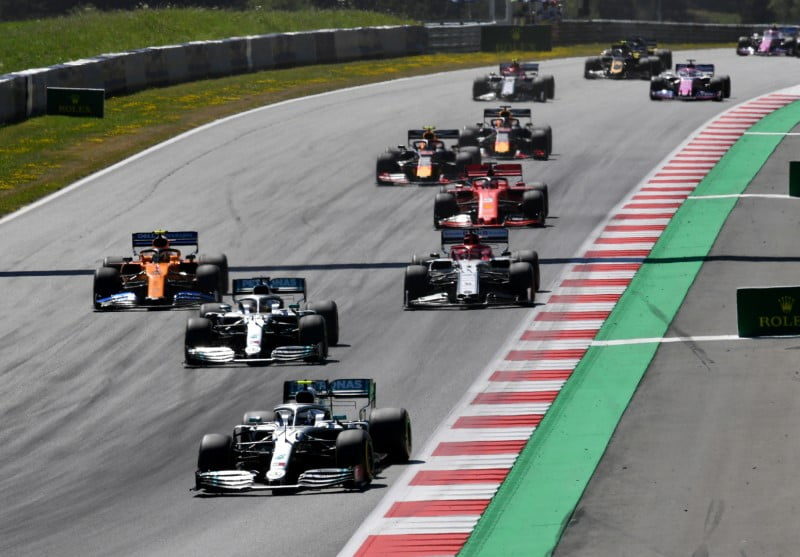 In this post, Sarvesh Yechury and I discuss the key technical and strategic F1 insights for 2020 that will influence form factor over the season as well as the first round in Austria.

After months of waiting, Formula 1 is expected to resume racing in Austria this weekend. Despite the first eight races of the revised calendar being confirmed, one can’t be blamed for being cautious given that normalcy is still affected by the on-going pandemic. In fact, Formula 1 is trying to find a new normal like everyone else! Formula 1 and the FIA have expressed that the race would go on even if a particular team / driver is unable to compete. But what if the infection spreads across multiple teams? Let’s hope that Formula 1’s ‘biosphere’ plans work to deliver safe races off track.

Apart from the new safety protocols, Formula 1 teams will face certain technical challenges due to the shorter and fluid nature of the season. This will be further compounded by travel restrictions between races, the newly introduced token system, development freeze, homologation of parts and the standard allocation of tyre compounds. In this post, we discuss the key technical and strategic F1 insights that will influence form factor over the season as well as the first round in Austria.

Formula 1 teams are big on simulation data and the most common term over the recent years has been ‘simulator to track correlation’. In 2020, teams will rely even more heavily on simulator data as well as data from pre-season tests (conducted in February this year) to prepare for the race weekend and to predict car performance. All teams run satellite operations at the factory during a Grand Prix weekend also dubbed as ‘mission control’. Given the restrictions on the number of traveling members, the emphasis on a satellite operation will be more this season.

The cramped season and the unconfirmed length of the calendar (Formula 1 expects to host 15-18 races in 2020) will add a further twist to teams using simulator tools to bring upgrades to their cars. Typically, teams may want to plan upgrades and split circuits into favourable and unfavourable categories based on their current car characteristics for the season. However, there may not be much of a choice to make in 2020 in the wake of an evolving calendar. For example, in a ‘normal’ season, power unit suppliers plan upgrades around specific circuits such as Spa or Monza as these circuits have higher power sensitivity to lap time than say a circuit like the Hungaroring.

Furthermore, the freeze on development and the first-time-in-use token system will force teams to make wiser choices when it comes to bringing upgrades to their cars. They will be hard pressed to choose the ‘biggest bang for buck’ upgrades to fix performance differentiator(s) to their rivals. Here too, simulator data will be handy as will engineering instinct and most importantly driver experience and feedback. In the area of driver feedback, two other factors will come into play – first, the team’s trust in driver feedback and second, both drivers offering similar feedback to issues dogging their package. This is also why Renault and Mclaren are choosing to be as open as possible with Daniel Ricciardo and Carlos Sainz Jr. despite their expected departures at the end of 2020.

The typical simulator feedback loop is expected to change in 2020. Usually, teams would run their simulator driver (in the simulator, of course) in parallel to the free practice sessions at the Grand Prix venue. This would help in pre-race setup and gather data to aid race strategy for the weekend. Post-race, the team’s race driver would be back in the simulator at the factory running the same race setup to try and correlate the real vs. simulator data. However, the new ‘biosphere’ rules might limit travel to the factory between triple/double headers for the drivers.

Finally, drivers have long complained about the ‘rust’ factor when the season resumes after the forced long break. While some drivers resorted to karting, a few tested F3 cars and the luckier ones could get themselves into a Formula 1 car to shake-off the rust. However, there’s one more factor where drivers could get rusty – the procedures involved in racing a Formula 1 car. As fans are aware, there are several system settings to be undertaken in-car during a qualifying lap and the race. Here too, simulators would have come handy to teams and drivers alike.

Almost one week until #AustrianGP! Here are our #Fit4F1 @F1 tyre set allocations for 2020 season! pic.twitter.com/ySFlS3MtJD

To help Pirelli cater to the evolving nature of the season, Formula 1 has offered a standard allocation of tyres to all competitors for the first 8 races. This means that every team-driver will have the same number of tyres available of each compound. We expect this to be a big factor in a team’s tyre strategy from the start of free practice itself.

In qualifying, the tightly contested mid-field battle will see teams required to choose between start position and race strategy. For example, running softer (and hence faster) compounds to progress through to Q2 and Q3 could give a team a higher start position but rob them of strategy options in the race. In fact, the standard allocation of tyre compounds might force teams to take less strategic gambles and hence the first race in Austria could see less variation in race strategy between teams.

As for the top teams, a mistake from the team/driver in early stages of qualifying could end up being costly as the driver would be forced to run a softer compound to progress through to Q3. This unplanned use of a softer compound will impact race strategy. For Austria, a shorter lap usually leads to traffic issues in Q1 – adding another variable in the mix.

Austria has unique characteristics for a circuit – three DRS-enabled straights. Drivers could spend a significant amount of time with their DRS wing open while engaged in wheel-to-wheel combat with their rivals. However, teams have little data from this year about overtaking threshold – how good is your car following another car closely? How much faster does one need to be lap-time or top-speed wise to overtake the car in front? Can overtaking be achieved by a tyre advantage and so on. There’s very limited data on overtaking threshold collected during the pre-season tests since the key objective is learning about one’s own car and correlating it to simulation models. Understandably, the teams would want to learn more about the overtaking threshold.

As the season progresses and one expects more races to get confirmed – Imola and Mugello being two prospective venues. The new venues will offer teams a new challenge in terms of simulation, race strategy and overtaking. The last Grand Prix in Imola was back in 2006 while Mugello has hosted a handful of tests but is yet to host a Formula 1 Grand Prix. This is where Ferrari’s recent private test at Mugello might be an advantage when Formula 1 races there later in the season.

The most-widely reported stories have been around the new protocols that Formula 1 teams will need to operate under. This includes honouring social distancing and wearing PPE masks while working on the cars in the garage. In our media interaction with Racing Point’s Andrew Green, he already indicated that certain changes on the car might take up to twice the time. This will put pressure on teams to ensure robustness in build and on drivers to keep driving errors to a minimum.

However, Formula 1 racing is a harsh environment and cars require regular service. Teams will continuously look to evolve their operating procedures to get more efficient while working on their cars and still adhering to the safety guidelines.

Sarvesh Yechury is a motorsport engineer with more than 15 years of experience in the industry. He has worked with teams in Formula 1, Formula 3 and the A1 GP.