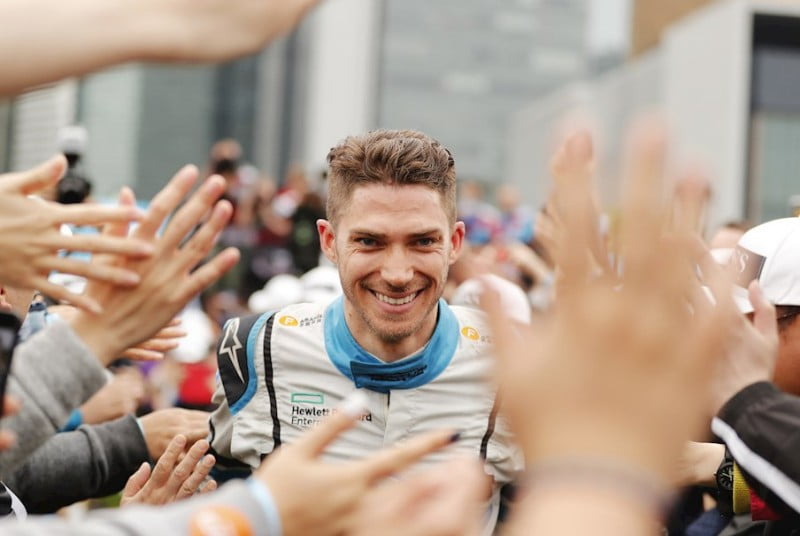 The 50th ePrix of Formula E threw up a lot of firsts.

For starters, the Hong Kong ePrix was the first-ever official wet-race in the history of the series. The track was wet when the race commenced, but there wasn’t much rainfall during the race. Second, it was Stoffel Vandoorne’s first-ever pole position. And third, Edoardo Mortara scored his and his team’s (Venturi) first-ever race win in the series. In fact, there could have been two other possible first-time winners — Techeetah’s Andre Lotterer, Nissan e.dams’ Oliver Rowland and of course, the pole-sitter, Vandoorne.

Qualifying
After a struggling start to his debut season in Formula E, the qualifying session of the Hong Kong ePrix offered a glimpse of hope and possible change of luck for talented Belgian driver, Vandoorne. The HWA Race Lab driver clinched pole position with a lap time that was half a second ahead of the rest of the field. Joining the fun at HWA was Gary Paffett, Vandoorne’s team-mate, who clinched second. The duo registered HWA’s first-ever entry into the Super Pole (top-6) session.

In the group qualifying stage, the disadvantaged qualifiers in Group 1 struggled for grip yet again as BMW’s Antonio Felix da Costa and both Mahindra drivers, Pascal Wehrlein and Jerome d’Ambrosio, ended up with the slowest times from the session. However, Audi’s Lucas di Grassi and Virgin Racing’s Sam Bird did well to overcome this disadvantage to qualify fifth and seventh. In fact, from this group of championship leaders, di Grassi was the only driver to qualify for Super Pole.
In Super Pole, Vandoorne was the last driver out and did well to claim his maiden pole position ahead of Rowland and Mortara. The trio was followed by Lotterer, Paffet and di Grassi — all of whom were over a second slower than Vandoorne’s pole position time. However, Mortara was handed a three-place grid drop penalty for speeding under a red flag during the group qualifying stage.

Jean-Eric Vergne, for the second year in succession, crossed the timing beam in reverse! While he claimed pole position last year, this year, his fastest lap time was deleted (a penalty for causing a red flag) and the reigning champion was classified only 18th.

Race
Vandoorne’s pole position advantage disappeared as the red lights went out. Rowland overtook him in the run up to the first corner to claim the lead of the race. In fact, Bird, who started seventh, overtook five cars on the opening lap, the fifth being that of Vandoorne’s, to find himself behind Rowland.

In the opening minutes of the ePrix, Dragon Racing’s Felipe Nasr was carrying car damage (loose front wing) when he drove straight into the barriers. Wehrlein and d’Ambrosio, who were closely following Nasr, were unable to stop their Mahindra Racing car in time leading them to crash out of the race and register the team’s first double Did-Not-Finish of the season. The race progressed from a yellow flag to a full course yellow to a Safety Car period and eventually a red flag to allow the marshalls to clear the track of the damaged cars and their debris.

The race restarted under the Safety Car and like we have seen before, drivers rushed to activate their Attack Mode in the attempt to gain positions while the field was bunched up. Apart from Virgin Racing’s Robin Frijns, all the other drivers in the top-10 engaged the Attack Mode. At the restart, Lotterer overtook Vandoorne for third spot while chasing down the Rowland-Bird duo at the front. In typical bumper-car-racing style that Formula E is increasingly getting famous (and chided) for, Bird nudged the rear of Rowland that saw the Nissan driver slow down momentarily, losing him eight seconds and the lead of the race. Although Rowland resumed racing (after a possible system restart?), one wonders if it was the hit from Bird that caused him car trouble. This was the second race in succession when Rowland registered a Did-Not-Finish despite leading the race in the early stages!

As the race settled down, it was increasingly a Lotterer vs Bird battle — both drivers immensely experienced in their race craft from other racing series. After running at a pace that saw them pull-away from the others, an out-braking error from Bird saw Lotterer claim the lead — one that he kept till half a lap away from the chequered flag. The battle for the lead only intensified after a late race Safety Car (to remove Vandoorne’s stricken car) came out with just five minutes remaining bunched up the field yet again.

At the restart once again, all drivers in the top-10 engaged the Attack Mode — except for Mortara. In fact, the narrow circuit layout helped Mortara not lose a single position despite his rivals running on higher power after the restart. As the 45 minutes of race time neared close, Lotterer started the final minute and one knew that Bird would make at least one last overtaking attempt for the lead. As the duo battled hard, Bird’s late-braking move saw Lotterer defend hard (did he move in the braking zone?) and the duo touched nose-to-tail. The nudge proved too hard for Lotterer’s Techeetah that went from leading the race to finished 14th and last just under half a lap.

Bird crossed the chequered flag first, followed by Mortara, di Grassi and Frijns. However, the Stewards handed a post-race time penalty to Bird for his last-lap incident with Lotterer — demoting the British driver to 6th place while promoting Mortara to being a first-time winner in Formula E and Frijns to his second podium of the season. The Hong Kong ePrix was a race of attrition as eight out of 22 drivers failed to finish.

Championship Standings
In the Drivers’ Championship, the top-3 drivers are separated by one point each. Bird leads with 54, followed by d’Ambrosio (53) and di Grassi (52), the latter now the most-successful driver in the series with 29 podiums. Also with 52 points is Mortara, who is classified fourth. Had Lotterer scored his first-ever ePrix win in Hong Kong, he would’ve been joint second with 53 points. Currently, he lies only 10th with 29 points — an indication of how strong the fight is in Formula E. The reigning champion, Jean-Eric Vergne, is 11th with only 28 points; he has failed to score any points in the last three races. In fact, Vergne has earned more penalties than points in the recent races!

In the Teams’ Championship, Mahindra Racing are still placed 3rd (83 points) despite their worst outing of the season. Audi, who have out-scored every team in the last three races, jumped to 2nd (86 points), 11 points behind surprise championship leaders, Virgin Racing. It would be interesting to see how the privateer-team, Virgin Racing, stacks up against the other works and works-backed teams in the paddock.

In our assessment, Formula E’s first 50 ePrixs have been a remarkable success — they have gone a long way in establishing Formula E as the series of the future; one that offers high-speed and unpredictable action in an environmentally responsible manner. But given how all-electric racing is enthralling fans and manufacturers alike, can it now be considered as a series of the present? The joinees of next season, Porsche and Mercedes, showcased their Formula E racing cars in the last few weeks, while London announced that it would rejoin the series as a hosting venue with a semi-indoor race from 2020. Let’s wait, watch and cheer! 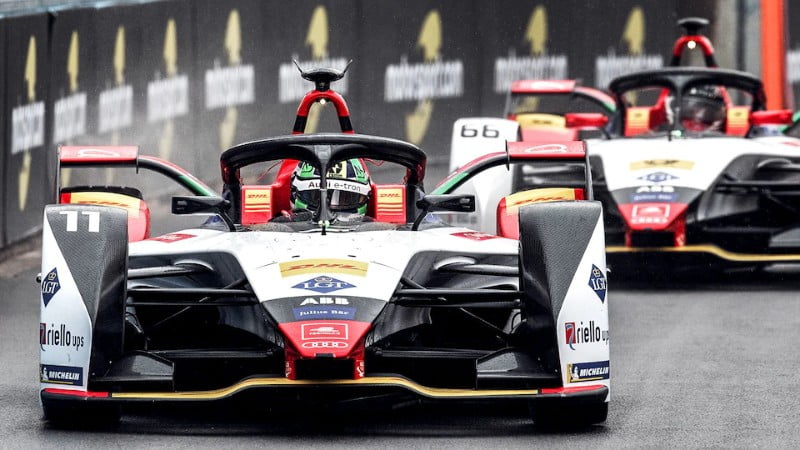 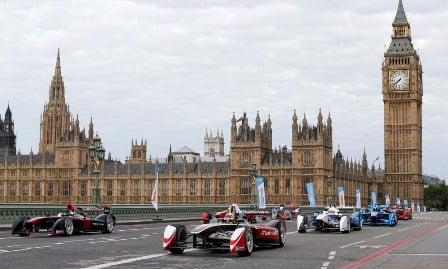 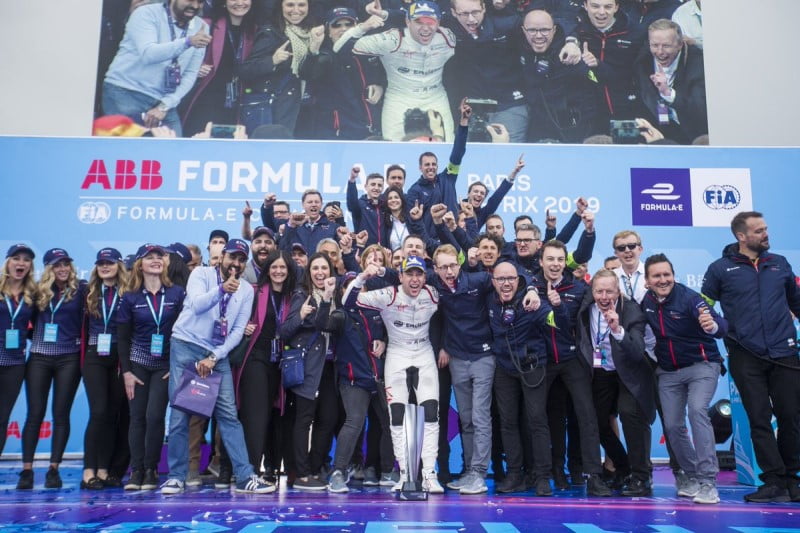