Mercedes Should Reconsider Nico Rosberg For 2016 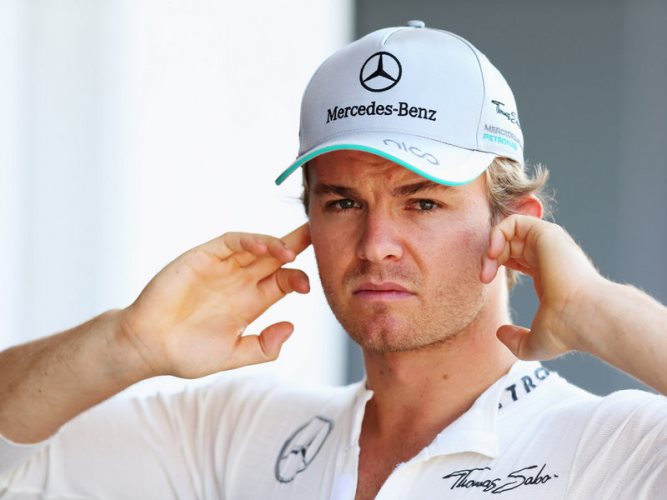 Before you get your daggers out, let me tell you that I am a Nico Rosberg fan. And I know that there are few of us compared to the millions who support and cheer for Lewis Hamilton. Maybe this is why there’s a gap of millions when it comes to their pay as well, but that post is for another day. (Read: Formula1 Is Cruel)

I have been a Rosberg fan before he jumped into the cockpit of a Mercedes racing car. And when he did, he showed the world that he was better than Michael Schumacher 2.0! He clinched Mercedes’s first pole position and race win after their return to Formula1, but that historic feat is now history too. (Read: Give Everyone Mercedes Engines)

If you’ve been reading my blog and listening to my podcast often, you’d know that when we witnessed Rosberg vs. Hamilton in the 2014 Formula1 Season, my support was skewed towards Rosberg. Don’t ask me why though! But you could ask me that despite being a Rosberg fan why I would support Mercedes’s decision to replace him in the 2016 Formula1 Season.

Over the years, I have gone from treating Formula1 as a business first and a sport later. Perils of my job, I guess! In Rosberg’s context, something seems to have changed since the radio ban on driver coaching last year and his collision with Hamilton at Spa. (Read: Nico And Nico-le)

As for the clash in Spa, did that alter team dynamics in the Mercedes garage? Your guess is as good as mine. But Rosberg’s inability to challenge Hamilton on a consistent basis for the latter half of 2014 and for six out of the first seven races of 2015 has me worried. But should it worry Mercedes too? (Read: Did Bernie Call Mercedes…?)

The Mercedes driver pair of Hamilton-Rosberg has scored a podium at each of the races contested this year and many of these have been 1-2 finishes, the goal that every constructor races for. But Rosberg has looked a shadow of his 2014 self and has been unable to challenge Hamilton’s authority with as much ease as he could last season. Strangely enough, he seems content in finishing second and prefers to apply pressure on rather than attacking Hamilton. (Read: Formula One Is Funny)

From Mercedes’s point of view, it would be important to have a driver pair that can challenge each other to better results (yes, I too wonder what would be better than a 1-2 result every race!). With Rosberg unable to rise to the Hamilton challenge in 2015, maybe it is time to look elsewhere. This is important to keep Hamilton honest and grounded especially in a season where he’s dominating. (Read: Drive It Like You Stole It)

And then of course, Mercedes should plan their succession. Who next do they seem most able to lead a team after Hamilton? We’ve seen how Ferrari are still reportedly feeling the vacuum of Schumacher’s departure in 2006 (2007 was a lucky win for them) and this is also where the driver market could open up if a Bottas or Hulkenberg are considered as Rosberg’s replacement. For those who would like to point out that he already has a valid contract, Formula1 has time and again proved that when necessary, a contract is only a piece of paper!

Rosberg’s strength has been his consistency, but maybe his overly consistent self is unable to visualize him finishing higher than second, who knows. And after all, Formula1 is a ruthless business. If you don’t believe me, you can ask an Alguersuari or Buemi!