In the 2018 German Grand Prix, Valtteri Bottas was asked to ‘hold position’ at the Safety Car restart. Does this mean that Mercedes wouldn’t back Bottas’ bid for the Drivers’ Championship?Â

Lewis Hamilton’s two-year contract extension with Mercedes was still making headlines when the reigning world champions decided to end the suspense and announce the obvious – a one-year extension for Valtteri Bottas. After all, Formula 1‘s summer break is less than 10 days away and Mercedes’ intention seems clear – focus on the racing by keeping the driver line-up speculation at bay, and of course, be well prepared to enjoy a break in what has been a busy first half of the season. In the intense title battles with Ferrari, stability for 2019 is the best way to keep themselves committed and motivated for the remaining 11 races.

Bottas – yet to win a Grand Prix

After a shaky start to Bottas’ season (he crashed in the qualifying session in Australia), the Finnish driver has lived up to expectations. In fact, had luck been on his side, Bottas could have been in the thick of the title fight – one that may well only be between Sebastian Vettel and Hamilton.

A Boring F1 Could Be Good For Heineken’s Business

In this hybrid-turbo era, it is only normal for a Mercedes driver to expect himself to be in the fight for the title. Bottas’ ill-luck in China, Azerbaijan and Austria cost him a large chunk of points; one of the primary reasons why he is still only fifth in the Drivers’ Championship and 67 points adrift of Vettel’s tally. Surprisingly, of the top-six drivers, Bottas and his compatriot Kimi Raikkonen are the only two drivers yet to win a race this season.

In theory, had Bottas’ season run as per plan, he would have scored points off Hamilton, making the drivers’ title battle a three-way fight and probably a bit more of a headache for Mercedes. After losing points to Hamilton in Australia, Bottas outscored his world champion teammate in Bahrain and China and suffered from a puncture while in the lead in Azerbaijan. In Spain and Monaco, Hamilton scored more, while Bottas got ahead of him again in Canada. In Germany, Bottas did challenge Hamilton for the lead – could his fresher tyres have given him the advantage if Mercedes hadn’t intervened? Would Mercedes seriously back Bottas’ bid for the Drivers’ Championship title?
Bottas at Mercedes
History has shown that it isn’t unlike Mercedes to back both their drivers for the title in the same season. In fact, it is always an added advantage for a team when both drivers are equally capable of challenging for the Drivers’ Championship. However, in Mercedes’ case, one would assume that the German team would rely a little bit more on their superstar driver Hamilton to sustain a season-long challenge. However, the story for 2018 may be a bit different than the past. There is an external threat that Mercedes need to cater to and Bottas is 66 points behind Hamilton in the Drivers’ Championship.

In Bottas’ case, his consistency in scoring big points would definitely aid Mercedes’ bid for the Constructors’ Championship. It was at the 2018 Austrian Grand Prix (only two races ago) when Mercedes lost the lead to Ferrari in the Constructors’ Championship.
In Bottas, Mercedes also have a team player who is apolitical. The Nico Rosberg-Hamilton rivalry and the tension it created for Mercedes has been well reported. Back then, the fight Mercedes faced was internal – they were their only competition. Now that Ferrari have caught up and Red Bull Racing are trying their best to join the title fight, Mercedes would be eager to reduce internal friction and tackle their opponents as one force.

Also, a one-year extension with the option for a second indicates that Mercedes are willing to see how far Bottas progresses within the team and on track. His performances till date merit a one-year extension, but Bottas will need to deliver special results if he is to expect a further extension for 2020; especially given the stiff competition he faces from his rivals. The optional second year is a good decision by Mercedes – one that allows them to switch drivers, in case the need arises and it may just.

Ricciardo and Ocon – Other Potentials
One would like to believe that Mercedes would have considered their options before agreeing to Bottas’ extension. The obvious names that would have done the rounds are that of Red Bull Racing driver, Daniel Ricciardo and their own junior driver and current Force India star, Esteban Ocon. In Ricciardo’s case, the Australian has punched more than the weight of his Red Bull Racing-Renault package in the first half of the season to force Ferrari and Mercedes into considering hiring him.

However, did Ricciardo’s aggressive title aspirations come in the way of a possible hiring at Mercedes? Would a Ricciardo-Hamilton rivalry have the potential of blowing up in Mercedes’ face the way Rosberg-Hamilton’s did? In Ocon’s case, the Frenchman has delivered the goods at Force India and Mercedes is attempting to groom him as Hamilton’s successor. For 2019, there are rumours that Renault has agreed with Mercedes to have Ocon join their works team, while leaving a vacancy at Force India for either Lance Stroll or Mercedes’ other junior driver and current Formula 2 championship leader George Russell. Yes, this is the reason why it is called the driver silly season.
The Silly Season Gets Sillier
Renault’s 2019 line-up might be Nico Hulkenberg and Ocon, leaving Carlos Sainz Jr to move to Red Bull Racing (if Ricciardo moves to Ferrari alongside Vettel) or to McLaren alongside Fernando Alonso. This is if the former world champion decides to continue racing in Formula 1, of course.

This Is The Best Time To Invest In An F1 Team

The other rumours include Sergio Perez partnering Kevin Magnussen at Haas, forcing Romain Grosjean to seek employment elsewhere. Raikkonen, who has been in his best form since the last many seasons, is eager to continue in Formula 1 and is seeking Ferrari’s support to swap seats with Charles Leclerc at Sauber, this is if Ferrari are indeed considering offering Leclerc a dream promotion. This means that even if the top teams might retain the same drivers, there’s a good chance that the mid-field teams could offer a big shakeup in the driver line-up for 2019. 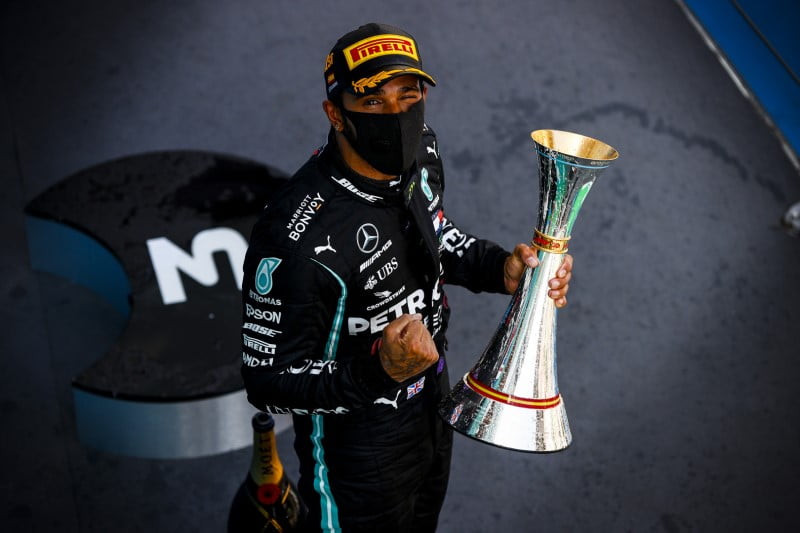