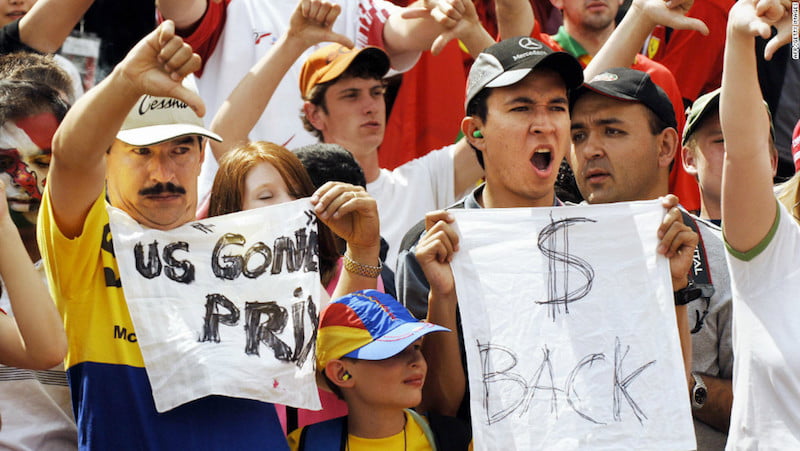 What’s with America and controversies in Formula 1? We had the Ferrari dead-heat finish in 2002, where Rubens Barrichello and Michael Schumacher crossed the line 0.011 seconds apart. The finish was so close that neither drivers, nor the fans knew who the eventual winner was and of course, there were questions if the finish was staged. Then in 2005, we had the Michelin-tyre issue where the fans were treated to a six-car-only race. And now, in 2017, Max Verstappen was denied a podium despite finishing third (from a lowly 16th), thanks to inconsistency in awarding penalties for crossing track limits.
First things first, it was good that Verstappen and the fans were informed of the penalty before the podium ceremony and not after. The race results were not altered too long after the race was concluded. However, this question begs an answer: was the FIA right in penalizing Verstappen?
Here’s the latest episode of the Inside Line F1 Podcast:

The answers to this question have had polarizing opinions in the paddock and on social media. The most unfortunate part of this penalty was that it made a Rossi-style last lap attack for the podium deemed illegal. This is when fans thought that they were treated to yet another Verstappen master class. In our view, the penalty was justified. Verstappen cut a corner and came out ahead of Kimi Raikkonen–that implies that he gained advantage by cutting the corner. However, the bigger concern here was the inconsistency with which track limit penalties were applied despite video evidence that several drivers abused track limits throughout the weekend.

How does one address this issue fairly and not leave it into the hands of the FIA? The newer circuits look brilliant with the colourful kerb stones and strips, but this is where the problem lies and changes need to be made. Would Verstappen have tried this move and come out ahead if there was grass on the inside of the corner? Probably not. Yes, we would’ve have been robbed of a great overtaking move in Austin, but how good is a goal if the goal post is widened for it?
This controversy took away conversations of the great race we had at the Circuit of the Americas, on and off the track. After months of talking about ‘Super Bowl-styled Formula 1’, they actually delivered a Super Bowl style of a racing weekend. We had celebrities, music performances and other acts of entertainment around Formula 1 racing. Usain Bolt and Bill Clinton were the big celebrities in attendance with Bolt playing the role of the ‘official starter’ and Clinton handing over the trophy to the winning driver. After F1 Live in London, the drivers’ parade in Milan (before the Italian Grand Prix) and now the United States Grand Prix, Liberty Media are taking efforts and spending money to market Formula 1, an area that was left untouched during the Bernie Ecclestone days.
Here’s the latest episode of the Firstpost Pole Position:

The Circuit of the Americas is a circuit with a layout that makes for good racing and we actually had great racing duels up and down the order. The race was also one of the rare ones where there were two overtakes for the lead, both executed by Lewis Hamilton, who lost out to second-starting Sebastian Vettel in the beginning. In the Hamilton vs Vettel battle, Hamilton is now 66 points ahead of Vettel with only 75 points up for grabs. He is almost certain to win his fourth Drivers’ Championship title at this weekend’s Mexican Grand Prix.
Mercedes clinched their fourth Constructors’ Championship in Austin. The German car manufacturer has set new benchmarks in Formula 1 when it comes to speed, reliability and domination. In fact, they’ve gone on to break several records en route to their four titles. While there will be celebrations in America and in Mexico, will Mercedes be worried about Valtteri Bottas’ lack of pace? Bottas seems to have gone the Kovalainen way, with almost both Ferraris and Red Bulls overtaking him in Austin. While Mercedes have extended his services for 2019, should they explore a shock replacement with one of their junior drivers? (a la Red Bull Racing style)
Sebastian Vettel and Ferrari’s challenge for the Drivers’ Championship faded away just when the battle got interesting. We’ve long said that given the pressure to compete against the fiercely competitive Hamilton-Mercedes combination, Ferrari had traded reliability for speed and this was also why Vettel’s car suffered from issues in Friday practice in Austin. Did this hamper his race pace on Sunday too? We’ve seen in the previous races this season that if Ferrari and Vettel stayed ahead at the start, it was almost impossible to beat them given Mercedes’ car being sensitive to dirty air. But this wasn’t the case in Austin. Hamilton could close the gap and overtake Vettel easier than he ever did so earlier this season.

As for Vettel, after getting flak for his mistake in Singapore, he proved in Austin why he is one of the most talented drivers on the grid. On Saturday, he snatched P2 from Bottas, he made the perfect start on Sunday–beating Hamilton to Turn 1 and then pulled off a spectacular overtake on Bottas (again into Turn 1) to claim his spot on the podium. Kimi Raikkonen too had a good race to P3, this is of course after giving up P2 for Vettel.
Red Bull Racing’s US Grand Prix began with the announcement of an unexpected extension of Verstappen’s racing contract. The young Dutchman will race at Red Bull Racing till 2020, this, despite being chased by Ferrari and Mercedes for a switch in 2019. This announcement was a smart move by Red Bull Racing and Verstappen with Red Bull showing that they still have the might to retain the most promising talent on the grid, despite not having full clarity on their power unit supply for the coming season. In fact, Verstappen’s extension could imply that Red Bull Racing have their plans in place, they’re just not public yet. As for Verstappen, his extension with Red Bull Racing is a clear indication to Mercedes and Ferrari that he wouldn’t be willing to race for them as their ‘number two’ driver. Either way, Verstappen will still only be 23 when his contract with Red Bull Racing ends. So all’s not over for Ferrari and Mercedes.

Daniel Ricciardo had a dismal weekend in Austin after retiring with a car issue. This is after battling hard with Bottas for third place in the early stages. Had Ricciardo kept going, a podium finish was certain. The world now awaits the news of Ricciardo’s drive for 2019. His contract at Red Bull Racing runs out towards the end of 2018 and he’s aware that both Ferrari and Mercedes will have possible vacancies. However, he will have to choose playing second fiddle between Sebastian Vettel and Lewis Hamilton. While Red Bull Racing have shown interest in extending his services and have promised him equal status along side Verstappen (while also claiming to Verstappen that he can build the team around him), recent history has proved how Red Bull too can favour one driver over the other. All in all, Ricciardo is great talent and character for any team and Formula 1 to have. Let’s hope he doesn’t end up going the David Coulthard or Mark Webber way.

Ricciardo: The Happiest Driver On The Grid

Esteban Ocon was the ‘best of the rest’ yet again. He has stepped up a gear in the last few races eclipsing the much-talented Sergio Perez. This was Force India’s 14th double points finish. Among the mid-field, it was heartening to see Carlos Sainz Jr. and Ocon fight for the sixth place throughout the race. For Sainz, it was an impressive debut with Renault. His seventh place helped Renault leapfrog Haas in the Constructors’ Championship–just the reason why Renault pushed for a mid-season switch for Sainz. While not an absolute comparison, it took Palmer 24 races to break into Q3 for Renault, while Sainz did so on debut. Finally, it was the returning Daniil Kvyat who scored the final point on Sunday. Will he be in the cockpit in Mexico? But the biggest question is–will Lewis Hamilton win his fourth title in Mexico, or will he have to wait till Brazil? 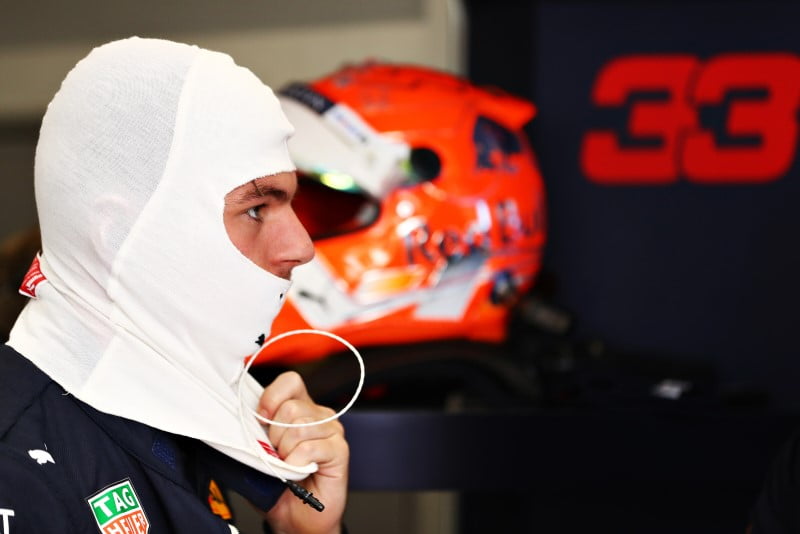 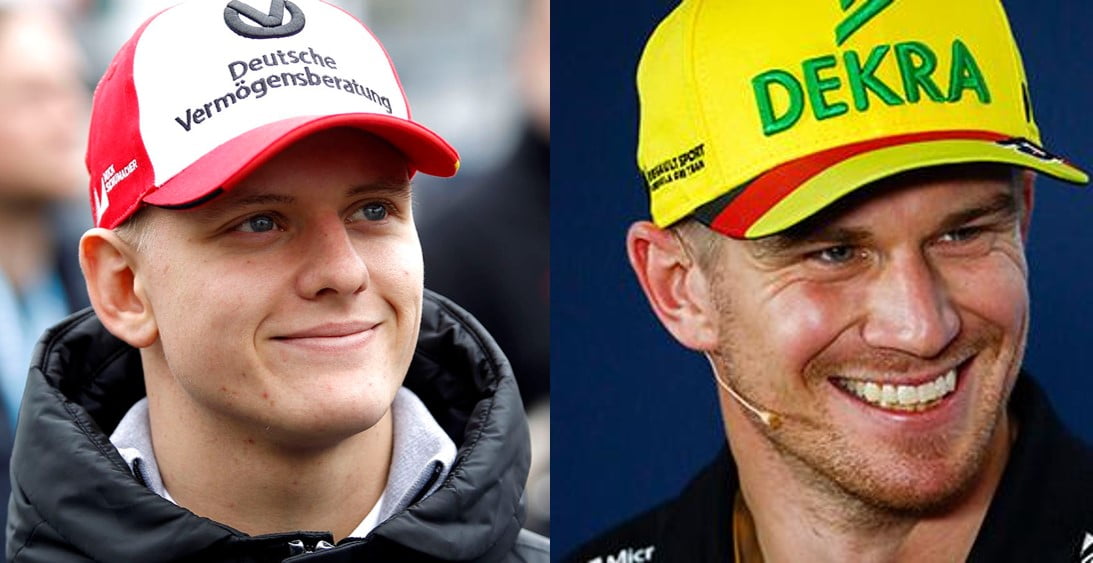