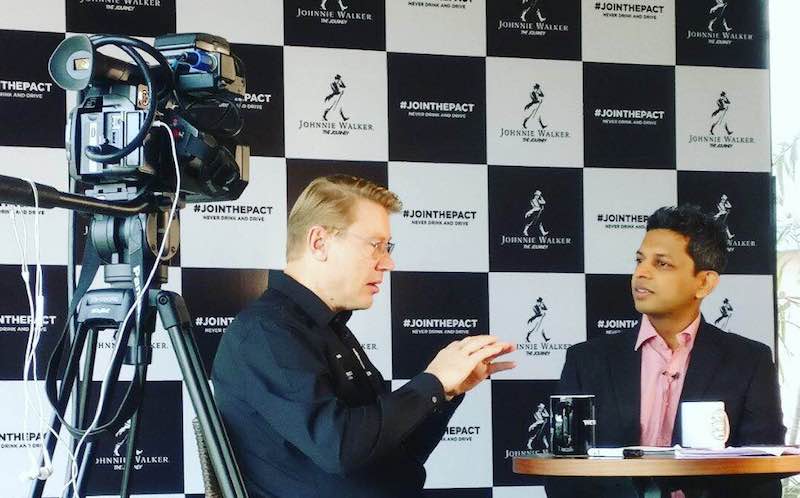 Mika Hakkinen, the two-time Formula 1 champion is on his ‘maiden’ visit to India. Between his hot laps for the Indian fans in the F1-inspired Caparo T1 race car and desire to eat spicy Indian food, he settled down for a candid, no-holds-barred chat about the 2017 F1 season and his illustrious career.Talking about world champions, Hakkinen lavished praise on Lewis Hamilton, who won his fourth championship this season. “Winning two championships requires so much energy, so imagine winning it four times, or seven times (Schumacher). For me, it is great respect for Lewis’ physical and psychological power to achieve this sort of a result. It shows that he is becoming more and more complete,” said a humble Hakkinen to Firstpost.
We’ve had a rollercoaster of a Formula 1 season, with Hamilton and Sebastian Vettel going head to head as Ferrari and Mercedes battled it out for supremacy. Hakkinen shared his thoughts about the season saying, “The season started in a very competitive way and the two teams were fighting for the championship. However, after the break, Mercedes came back really strongly with Hamilton and (Valtteri) Bottas. But what happened to Ferrari? They had some mechanical failures and it was strange to see that,” adding that he had some personal thoughts and guesses about what went so wrong.

Hakkinen is known for vocally supporting the two Finns on the grid (Kimi Raikkonen and Bottas). Interestingly, his own career was managed by another Finnish great, Keke Rosberg (Nico’s father). While everyone has been lamenting how Bottas was off the pace in the second half of the season, Hakkinen offered a logical explanation, which left us wondering what Bottas’ true potential actually was.
In case you’re a Max Verstappen fan, Hakkinen spoke about the young prodigy and his future, and also that of his not-so-young but as talented teammate, Daniel Ricciardo. Why did Ferrari struggle so much after getting off to a marvelous start? Hakkinen almost gave away his thoughts on the show, but chose to then hold them back.
Watch the video of full interview below.

Hakkinen’s rivalry with Michael Schumacher is a Formula 1 legend, as is his partnership with the illustrious Ayrton Senna. In fact, Schumacher himself has admitted that Hakkinen was his most formidable rival ever. However, Hakkinen left us all stumped when he declared that the most challenging competitor he’s ever had was not Senna or Schumacher, but a girl he raced against in karts. He revealed to Firstpost, “I had many rivals who were tough, but it all started when I was 10-11 years old. The fastest competitor was a girl, and she was beating me.”
We could not resist from asking Hakkinen about the future of the beleaguered Mclaren, the team’s decision to use Honda power units in the hybrid turbo era backfired and after a public divorce they will switch to Renault engines in 2018. How and why did Honda not perform? Will Mclaren-Renault be a potent combination for 2018? Hakkinen offered Firstpost his insight on Honda’s problems and how regulations around testing are partially to blame. As for 2018, he’s very kicked about Mclaren-Renault’s prospects, “I think they will win races,” he exclaimed. Hopefully, his optimism will rub off on a certain Fernando Alonso.
Most racers spend their entire lives aiming to be at the pinnacle of the sport, with eyes on the greatest prize of them all, the World Drivers Championship. But after you’ve won the championship twice, notched up a bunch of records and walked away from the sport as a certified legend, where does life take you? In Hakkinen’s case, many are hoping that he formalises his involvement with the paddock into a full-blown team management role. More so, since Mclaren seems to have lost its way amid the disastrous last few seasons and ownership management changes (read: Ron Dennis’ exit). Perhaps a true-blooded champion racer who is synonymous with the team is exactly what they need? After all, both of Hakkinen’s world titles were with Mclaren.
Hakkinen laughed when Firstpost posed that question to him, explaining, “At the moment, I say no, but you never know. Team management requires massive commitment and it would require me to not live in Monaco. I am close to fifty years old and I am not ready for that (sacrifice).”
What does it take to be the world’s best driver? Glad you asked, and who better to answer this than Hakkinen himself, a man who has consistently placed in the ‘Greatest of All Time’ lists over the years. Hakkinen minced no words as he spoke about Fernando Alonso and his quest to become the ‘world’s best driver’, expanding horizons beyond Formula 1.
This event is being publicised as Hakkinen’s first visit to India, but actually, that’s not the truth. Some years ago, Hakkinen actually landed into Mumbai for a show car run only to abruptly turn around and leave the airport itself. He opens up about what actually happened back then. Currently, Hakkinen is in India to promote a ‘Never Drink & Drive’ campaign and is urging Indians to #JoinThePact. It is time that we all do!
Something many don’t know is that Hakkinen lost all his prized Formula 1 trophies in a fire in his home in 2008. Warily, we asked him about this incident and were surprised by how he opened up (being someone who was notoriously restrained emotionally). He also told us about where he now stores his trophies.

We will have more updates regarding Mika Hakkinen’s trip to India. Bookmark us for regular updates! 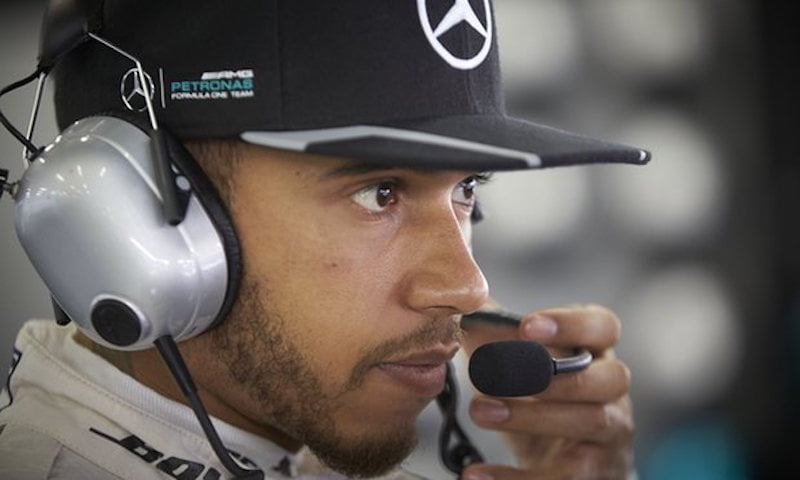 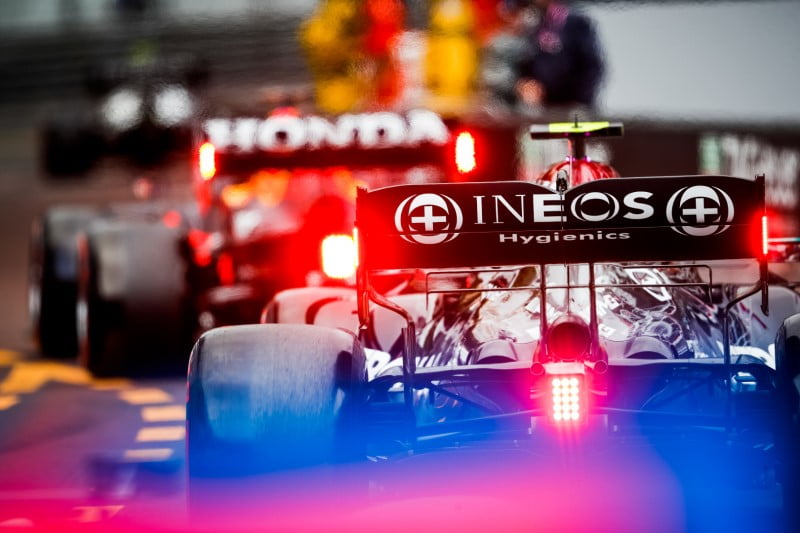 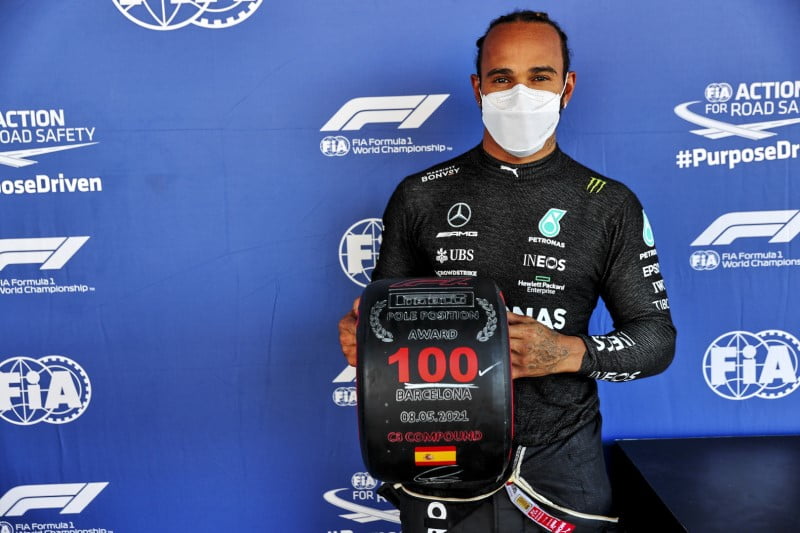 2 comments On The Mika Hakkinen Interview [Video In Full]