An alt-F1 blog that explores the sport and business of Formula 1 + the home of the Inside Line F1 Podcast
Kunal's F1 Blog
Skip to content
Homepage F1 Features Mika Hakkinen Interview: My Most Challenging Rival Was A Female Karter 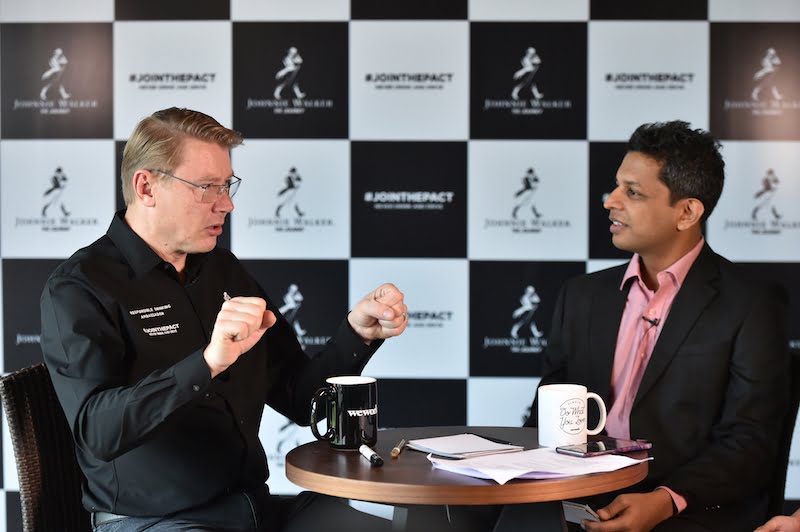 Here’s the proof! When I said ‘I have a date with Mika Hakkinen!‘, I meant every word of it. Today was one of those days that will become stories to recite to my grandchildren. After days of preparation and juggling between school assignments (yes, I am back to school to pursue higher studies) and research, we finally got to interviewing the Flying Finn himself! By the way, we got Hakkinen to #JoinThePact on the show itself, so here’s your chance to follow his lead too!

Most Challenging Rival Was A Female Kart Racer, Know Her Identity?

The most interesting part for me was when I quizzed Hakkinen about his most challenging rival – in or outside of Formula 1. I was half-expecting Michael Schumacher as a quick reply. However, I was in for a pleasant surprise when he answered that it was a female kart racer back in his karting days that was his most challenging rival. I will try and find out the identity of this racer; Hakkinen said that they she graduated to two-wheeler racing and after a few falls she lost some speed (or gave up on a career). If you know of her identity, do share it with me.
Anyway, back to the interview, we were clear with our approach. We wanted to make Hakkinen feel comfortable – after all, this was his first visit to India (but on the show we actually reveal how it wasn’t!) and we are all about ‘Atithi Devo Bhava’ (guest is equivalent to God). Also, this was his first proper media interaction with Indian media, so we wanted to ensure that we deliver world-class content.
Mithila Mehta and I have partnered with Firstpost for the 2017 Formula 1 Season and will feature in their Firstpost Pole Position videos all through the season. Basically, we’re now available in text, audio and video!

In this video, we had Hakkinen review the 2017 Formula 1 Season. We spoke about the Mercedes vs. Ferrari battle and Hakkinen stopped short of expressing his personal view on Ferrari’s issues since they would be guesswork. But I am hoping to catch hold of him on Sunday and still seek his view. We spoke about the Lewis Hamilton vs. Sebastian Vettel battle, Max Verstappen’s rise, Daniel Ricciardo’s future (Hakkinen said he loved Ricciardo’s personality) and then of course, the two Finns who Hakkinen has personally back over the years – Valtteri Bottas and Kimi Raikkonen.

Hakkinen was most vocal when it came to talking about his compatriots. In Bottas’ case, he was quick to point out that this is Bottas’ first season in Mercedes and that over the years, the Mercedes car is designed to suit Hamilton’s racing style and it would need time to adapt. He is sure that Bottas’ future in Formula 1 is still bright. As for Raikkonen, he cited personal examples of how his body wasn’t able to support his racing career as he neared 40 years of age.
For more about my date with Mika Hakkinen, you can see the pictures on the Inside Line F1 Podcast Facebook page.
Here’s a quick glimpse of some of our biggest support systems who were present during our Mika Hakkinen interview today and cheered for us the loudest!