Did The FIA React Correctly To The Ride Height System Episode? 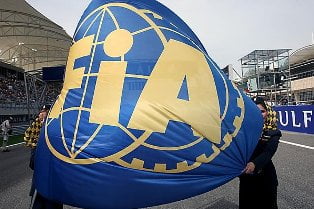 I know I am late on this topic but the FIA’s reactions on the reactive ride height system did call for a post, so here it is!

For starters, what is a ‘reactive ride height system’? Formula1 is still new to the Indian viewing audiences and hence this explanation. This system controls ‘ride height’, the little space that exists between the bottom of the car and the race track, under-braking. Whenever the driver slams the brakes, there is forward weight transfer (you feel this in your road cars too) and that causes the front to dive downwards. This device would control that downward movement, which would affect the airflow over and under the car, hence improving the car’s aerodynamics.

Lotus was one of the first teams to come up with this device and even tested it during the Young Driver’s Test in Abu Dhabi in 2011. When I got to know about this device, the first reaction was ‘WOW’! Will this be the technical innovation of the 2012 Formula1 season? After all, we’ve had at least one new technical innovation since the 2009 season (in my short term memory). We had the double diffuser in 2009, followed by the f-duct in 2010 and the exhaust blown diffuser (hot and cold blowing ones!) in 2011. Interestingly, each of these innovations was introduced after innumerable protests in the Paddock and was then banned in the following season. So the gut feeling here too was the ride height system being banned sooner or later!

The second reaction was, so has Lotus has finally arrived (or re-arrived) and will this device help them challenge the top 3 teams? Also, how soon would it be that the other teams would copy this device!

So this is where the interesting part starts: Lotus and the other teams sought the FIA’s approval to proceed with the device and it was the FIA that actually deemed the device as legal. However, a week or ten days later, the FIA realized while this system mainly alters the suspension, it does have a correlation with the car’s aerodynamics and then went ahead and deemed it as illegal.

(For those interested further should read Article 3.15 of the F1 technical regulations: “any aerodynamic effect created by the suspension should be incidental to its primary function”)

I was following this development closely and when the FIA took a U-turn, I decided to probe further. To be fair with the FIA and their reactions, they didn’t change or alter a rule to deem this system as illegal (as thought by many fans), they only changed their ‘interpretation’ of the existing rules. It is known that movable aerodynamic devices are banned (remember the wheel covers?) and this system fell under that category.

I understand that the FIA’s job of governing a sport which evolves technically on an almost every day basis would be tough, but they could have done better to take some more time to study and understand this system before releasing a statement in favour of it only to retract it a week later.

Whether this retracted statement would have affected Lotus, Ferrari and the other teams will only be known during the pre-season tests or sometime later in the 2012 season when the teams are looking for an excuse for their lackluster performances!

The system was expected to offer a benefit of upto three tenths per lap on an average circuit and this would be a considerable benefit for any team to chase. Again, this is where the FIA’s retracted statement was well timed for two reasons. First, since the FIA statement clearly indicated that they viewed this system as ‘illegal’, chances that teams would appear at the 2012 Australian Grand Prix with this system fitted on their cars is almost negligible. This would save any potential embarrassments in terms of team protests at the opening round of the season. (There were protests in 2009 for the double diffuser and in 2011 for the hot / cold exhaust blown diffusers)

The other reason of course is that teams would now not spend time or money in further pursuing this system. So while the FIA’s statement has probably robbed us of a technical innovation at the start of the 2012 season, maybe, it has saved teams enough money (and time) to scratch their heads further and come up with something more innovative (and legal) sooner or later.

Most read Formula1 post on my blog: Formula1 Needs To Be Marketed Better As It Enters Newer Territories

Follow the Indian Racing League and i1 Super Series coverage on my blog. 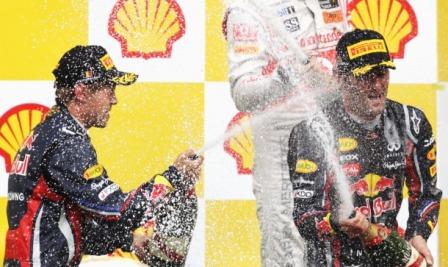 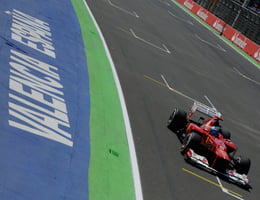