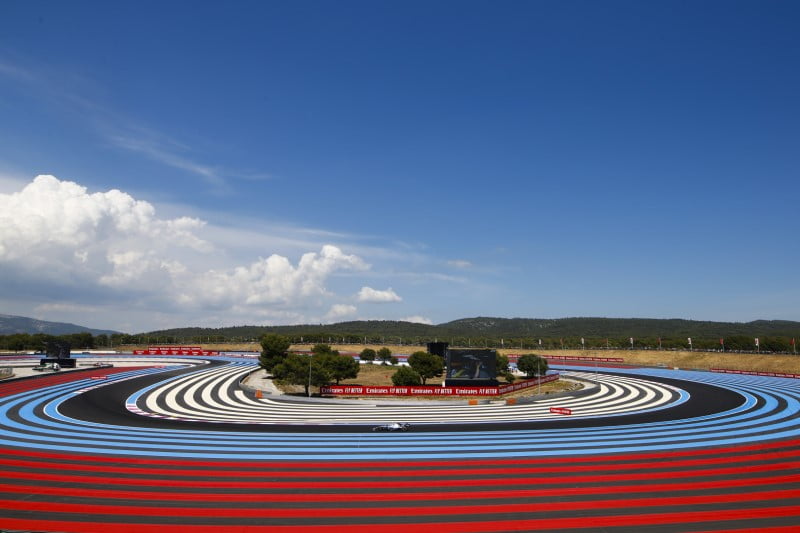 ‘Know Your F1 Circuit’ is a new series launched on my F1 blog. The posts under this series will be penned by Saumil Patel, an avid fan of the sport. You can follow the full series throughout the season by using the ‘Know Your F1 Circuit‘ tag. This week’s post focuses on Circuit Paul Ricard, the venue of the historic French Grand Prix.

Ask your friends what is synonymous to France. Most would answer, The Eiffel Tower. Others will say perfumes, castles, croissants, baguettes or haute couture.

If you are lucky, you’d hear Tour de France, but if someone says Formula 1, be assured s/he is a true motor sport enthusiast.

France is the birthplace of automotive racing and its illustrious history spans well over a century and quarter.

As a Formula 1 enthusiast I found it compelling to take a peek into the nascent years of motor racing as it unfolded in France. The chronology clearly marks important stages in the evolution of motor sports, automobile development and emergence of structured standards, regulations and regulatory bodies.

The first automobile race, the Paris–Rouen race was organized on July 22, 1894. The 126 km race was completed in 6 hours and 48 minutes at an average speed of 19 km/h by Marquis Jules Félix Philippe in a steam powered car but he was disqualified as he needed a stroker (a person tending the fire of the boiler). The 5000-franc prize was shared by Panhard and Peugeot as they were judged on their combined speed, handling, and safety characteristics.

Purists insist that it was in 1895 during the Paris – Bordeaux – Paris race (which was overlooked by a committee including automotive pioneer Mr. Armand Peugeot, journalists and race car driver, Emile Levassor) was the true beginning of automobile racing in France. The Paris – Bordeaux – Paris race distance of 1,178 km was completed with an impressive speed of 24.15 km/h (15 mph) and under 49 hours by Levassor. Unfortunately, he was disqualified for driving a two-seater in a race meant four seaters. Peugeot trailing by 11 hours was judged as the winner.

In order to charter, establish, regulate and popularize motorsports, the Automobile Club de France was founded in the same year.

Over the years the hazards of open street racing took its toll on the spectators and drivers prompting the use of closed-circuit road layouts. Course de Périgueux was the first closed-circuit road race under the aegis of Automobile Club de France to be flagged off in 1898 – a single (145 km) lap race.

By then motor racing gained popularity in France and many European countries started competing for the annual trophy which was offered by James Gordon Bennett (owner of The New York Herald) to the Automobile Club de France (1900 – 1905). The regulation stated that the cars taking part in the competition should be completely built in the country which participated and no more than three cars per country could be entered into the race.

Thus dawned the era of international races organized by the Automobile Club de France and the Automóvil Club Español. The race was marred by car accidents and multiple deaths and had to be cancelled with only half the original participating cars remaining.

To ensure the future of safe motor racing, Fédération Internationale de l’Automobile (FIA) or International Automobile Federation was founded on June 20, 1904. Their objective was to promote the interests of motoring organizations and motor car users.

In 1906, the Automobile Club de France had a fallout with the Bennett Trophy Race organizers over the number of cars a country could enter into the race and they established the first French Grand Prix with a prize of 45,000 French francs. This was the first recognized Grand Prix race run on a triangular 105 km closed circuit. And that marked the beginning of Grand Prix motor racing (near Le Mans – France).

Eventually the Grand Prix motor racing evolved into Formula racing. Formula One is its direct progeny.

Paul Ricard a pastis (an anise-flavoured spirit and aperitif) tycoon, driving school (the École de Pilotage Winfield) owner and a motor racing enthusiast, wanted to build one of the best, safest and modern circuit in France. The project would include an industrial park, a race circuit and an airstrip. This is Formula One’s only circuit which is fully financed by and named after its owner.

A plateau 400 meters above sea level above the French Riviera between the cities of Marseille and Toulon in the south of France was selected. It was envisaged that the plateau’s year-round warm temperate climate would provide ideal testing conditions also in winters and the track’s watering system was designed to stimulate wet or rainy driving conditions. The addition of the air strip would make it very convenient for teams to fly in and out.

In consultation with drivers Jean-Pierre Beltoise and Henri Pescarolo on the circuit’s layout, work commenced in 1969 on the 5.8 km track. By April 1970 the track was inaugurated featuring a 1.9 km straight stretch named Mistral back straight (named after the winter winds that blow from the Alps into Southern France).

Eventually the straight was modified as the engines could not sustain top speeds of 320 km/h for extended periods and the brake-point at the end of the straight increasing became an increasingly severe accident zone for spectators and drivers alike. 1970 witnessed the first two litre sports car race and the first French Grand Prix was flagged off on Circuit Paul Ricard in 1971. The first French Motorcycle Grand Prix took place here in 1973.

A French driver has retired from 14 of the 16 F1 races held at Paul Ricard.

Paul Ricard passed away in 1997 and the circuit and Le Castellet air field were bought by Excelis Company owned by Mr. Philippe Gurdjian (F1 organizer of the French Grand Prix from 1985 to 1997). He upgraded the circuit making it the world’s first track dedicated exclusively to testing and communication. The circuit was renamed as The Paul Ricard High Tech Test Track. Eventually the “HTT ” was dropped.

Over the years the circuit’s layouts evolved in order to make it safer. The track features two distinct safe run-off areas, the Blue and Red Zones. The blue zone surface is a mix of tungsten and asphalt instead of gravel traps normally used in other circuits. The red zone (deeper run-off area) surface consists of even more abrasive surface to maximize tyre grip and reduce braking distance.

During the winter of 2017 major upgrades were initiated. The track and pit lane underwent a major resurfacing.

The entrance to the pit lane was relocated making the current pit lane longer with a wider entrance. The corners of Le Camp and Le Pont were widened making them favorable for higher speeds and overtaking opportunities.

Paddock III, a new media center and the Richard Milles Time tower along with a 46,000 permanent seat grandstand around the circuit were also added.

The circuit Paul Ricard is a blend of high, medium and low speed corners. Drivers would be cornering continually through corners 3 to 7 and 10 to 15. Corners 10 and 13 would offer opportunities to go flat-out, while corner 11 will generate high G-Forces. The two straights are comparatively short. The Mistral back straight offers the best over taking stretch (even more if the chicane is removed) and the double right handers at “De Beausset” will be key for a fast lap.Incidentally in 2020 on its 50th anniversary the circuit was awarded the FIA 3-star sustainability accreditation. The highest level of FIA sustainable program.

Are you ready? Max and Lewis are 👊#FrenchGP 🇫🇷 #F1 pic.twitter.com/7BzOsWiVgs

Most wins – Constructors: McLaren & Williams (3 each), Ferrari & Mercedes (2 each)

Historically the French and English have dominated this track.

The track has been resurfaced in patches over the past couple of years resulting in slightly different grip levels. A lot would depend on the ambient and track temperatures which may thermally degrade tyres faster, especially the softs.

Teams would probably go in for a single pit stop strategy to save time as the pit lane is by far the longest one.

Teams opting for a single pit stop, may go for the soft (15 to 18 laps) and then end on to the hard or alternatively start on the medium (23 to 27 laps) and end on the hard. If they opt for two pit stops, soft for the first 6 to 9 laps then onto medium for 20 to 25 laps and end with medium. But a two stopper will definitely be slower and hence we may not see many takers.

Being an open track without boundary walls or gravel traps the abrasive run-offs will pose challenges to the tyres and have the potential to change the equation quite abruptly.

Lewis Hamilton with his back-to-back victories here (2018 – 2019) would be looking to retake the top spot on the leaderboard. Moving from the street circuits to a fast race circuit it would be interesting to see how Max Verstappen copes.