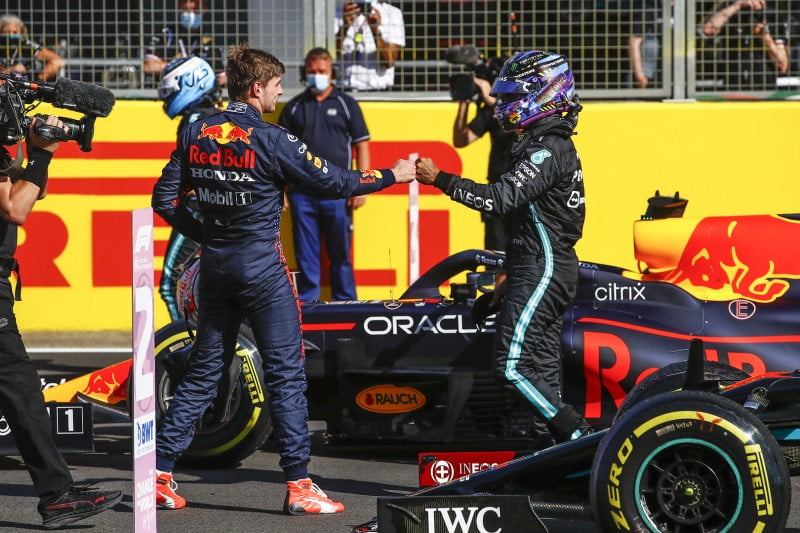 On-track battles aside, here are the external factors at play in the epic title battle between Lewis Hamilton and Max Verstappen.

The 2021 Formula 1 season was supposed to be a revolutionary one for the sport. New rules, a budget cap, new cars – new everything that promised closer on-track racing and a supposedly better, more fun and less boring Formula 1. Instead, the COVID-19 pandemic turned this season into an extension of the previous and forced the new ‘formula’ of Formula 1 to 2022. In effect, the 2021 Formula 1 season was to be treated as a stop-gap season with minor changes to the cars for safety reasons.

At the start of the season, the expectation was that Lewis Hamilton and Mercedes would run away with the titles. After all, not much had changed from 2020 apart from cutting off a triangular piece of the car’s floor. Little did we know that the ‘minor’ change would actually deliver the much-awaited Max Verstappen vs. Lewis Hamilton title battle.

After the ebb-flow between Red Bull Racing & Mercedes in the first few races of the season, a suggestion to continue with the ‘current’ formula for a few more seasons and postpone the new ones would’ve found a fair number of votes. I mean, neither formula gives us surety of a title battle in 2022, but maybe continuing with the current one follows the famous phrase ‘why fix what ain’t broke’.

Of course, the rules will change and they should. But before we go into a season full of unknowns (could Williams end up being the fastest!?), here’s hoping that a Verstappen-Hamilton battle lasts the full 20-whatever race calendar that Liberty Media is aiming for this year. While the drivers have entertained each time they’ve met on the race track, here’s looking at a few factors that will influence the title outcome this season.

First, the ongoing pandemic. The FIA and Formula 1 have found a very good working model to host races on schedule and in a safe manner. At the moment, the target is 23 races but with the non-European/Middle Eastern venues dropping off, will we have a race or two less this season? Apart from fewer points in the title battle, the bigger impact a changing calendar could have is on form factor. If a track or two that is dropped or replaced favours one team over the other, the title battle could see an unexpected swing.

Imagine if Monaco and Baku weren’t on the calendar this year – Mercedes’ deficit would have been lesser? And of course, it’s another thing altogether that Red Bull Racing has beaten Mercedes at tracks that have suited the latter over the past seasons (France, for example). A shorter season will impact a team’s development plans, budget cap allocation and so on – factors that play a vital role in the overall planning of a title campaign.

Second, Pirelli’s rubber and tyre pressures. After the high-speed blow outs in Baku, Pirelli raised the minimum tyre pressures for all competitors. The belief was that Red Bull Racing was running on lower pressures and this new directive would slow them down. But Red Bull Racing won the two consecutive races held in Austria. Could the new rear tyre with a stronger construction have an impact? These new tyres will be introduced from the 2021 British Grand Prix itself. It’s understandable that the tyres and tyre pressures are being changed on grounds of safety but they can be a strong external factor influencing the title battle.

Finally, the politics. Increasingly, the teams are using the FIA as a tool in their title battle. At the start of the season, it was Red Bull Racing’s flexi rear wing that became the (boring!) talk of the paddock. The boredom continued as the focus kept shifting to Mercedes’ front wing. Since the wings didn’t slow down the ‘Bulls, the FIA’s focus was then directed towards pit stops. A new directive to slow down pit stops has been introduced – Red Bull Racing being the clear target given their lightning fast stops.

There’s a long season ahead of us and by the time you read this at Silverstone, we’re not even half-way through. But remember that the eventual winner did more than just beat their competitors on-track to clinch the title!