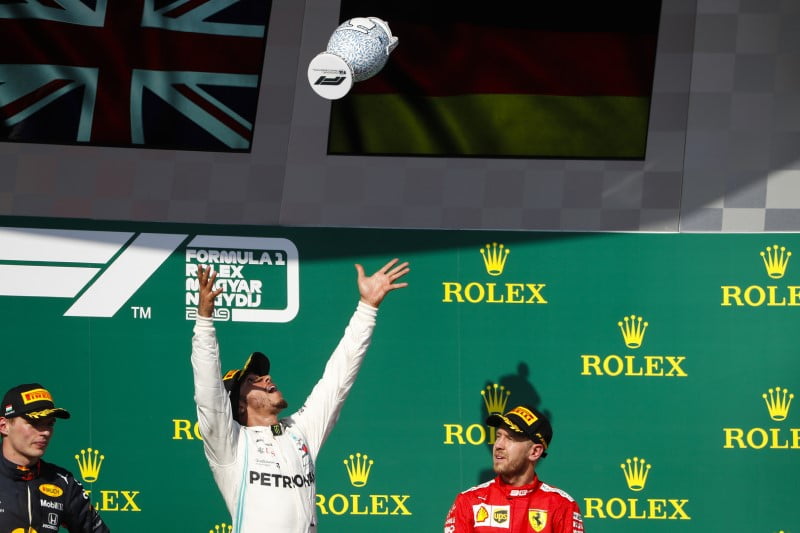 ‘Know Your F1 Circuit’ is a new series launched on my F1 blog. The posts under this series will be penned by Saumil Patel, an avid fan of the sport. You can follow the full series throughout the season by using the ‘Know Your F1 Circuit’ tag. This week’s post focuses on the ‘Hungaroring’, the home of Formula 1 in Hungary.

It was Bernie Ecclestone’s desire to introduce Formula 1 racing to the communist world. His focus was on the USSR but a Hungarian friend suggested Népliget as a suitable location for a street circuit akin to the Circuit de Monaco. Népliget, the largest park in Budapest, had hosted its first official Grand Prix race in 1936 although the results did not count towards the championship.

Sensing the opportunity for the local economy the Hungarian government decided to build a new modern circuit in Mogyoród, a small traditional and historic village close to the capital city of Budapest. The location was perfect, it was well connected by a major motor highway and set in a valley which offered spectators a near unhindered view of the circuit.

The construction of the circuit commenced on 1 October 1985 and was completed in a record eight months. The inaugural race was held on 24 March 1986, in memory of János Drapál, the first Hungarian to win many motorcycle Grand Prix races.

Since then, the circuit has been revised three times. The first revision was in 1989 when the chicane at turn three was removed. In 2003, the start-finish straight was extended with changes made to the first, twelfth and fourteenth corners. This effectively reduced the circuit length from 4,014 meters to 3,975 meters. The third revision was in 2016 when the circuit was completely resurfaced, eliminating most of the bumps making it a smoother and faster circuit. The much feared “Double kerbs” similar to the ones at the Red Bull Ring were installed at turns four and eleven.

The Hungaroring is the second continuously featured circuit (Monza being the first) on the Formula 1 race calendar. It is also the second shortest and the second slowest Grand Prix circuit. Parallels have been made with the Circuit de Monaco as both are circuits sharing tight and twisty corners but in fact Hungaroring is a permanent road circuit in isolation while Monaco is a street circuit.

The circuit’s characteristics are more of a go-kart style. Low speed, few short straights with tight, twisty and technical corners. It is a circuit where overtaking is extremely difficult and often cars would be racing in a procession like format. The circuit with its endless corners, continuous braking, constant gear changes and lateral forces in high temperatures with limited amounts of air flowing will push the drivers to their physical limits.

The cars will be tested to the limits too, racing with fifty percent braking throughout the race subjecting the brakes to high temperatures. The lack of flat-out straights with an overall slower pace will tend to heat up the engines faster. The sweeping corners along with the technical corners and double kerbs will be punishing for the tyres.

In no uncertain terms it is a grueling and punishing circuit where precision and preservation will be key elements.

Low grip and difficulty in overtaking except for the end of the main straight at Turn One puts a lot of pressure on the track position and hence Saturday’s qualifyng session.

We first raced at the Hungaroring back in 1986 😍

Teams would go with high levels of downforce and set up the chassis with robust suspensions for tackling the flowing corners, narrow apexes, and double kerbs rather than for speed. Post the resurfacing in 2016, the circuit has become quicker but subsequently tyre degradation has increased.

Pirelli has confirmed that they will bring the C2, C3 and C4 compounds to the 2021 Hungarian Grand Prix – the same compounds as they did last year. Tyre management will be critical with 980 corners to be negotiated on the medium – high wear circuit. Most teams would initially prefer a single stop strategy starting on Mediums (35 to 42 laps) and changing to Softs for the remaining laps. This would be the quickest.

For those opting for a two-stop strategy, starting on Soft (20 to 25 laps), changing to Softs again (20 to 24 laps) and then changing to Mediums for the remaining laps.

In #F1‘s Hungarian GP preview, the strangest record for me has been:

The ‘blank’ is under the lap time column & this is because of the ongoing F1 Sprint / Qualifying-pole position debate! #HungariainGP