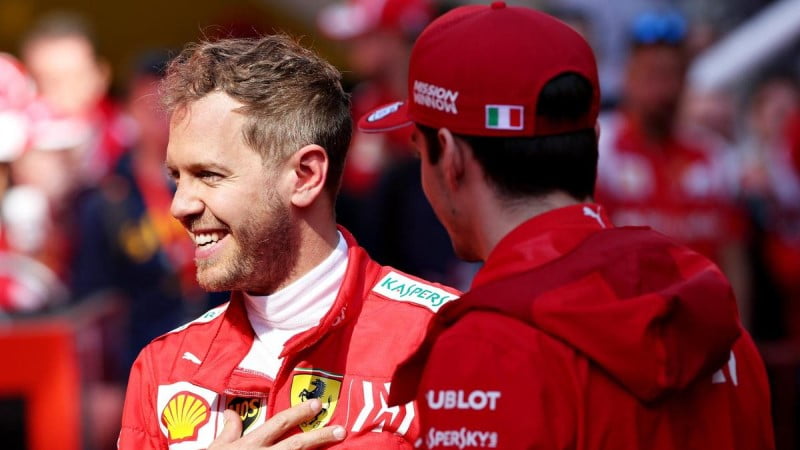 Should Ferrari use team-orders in Formula 1 or not?

They were trolled for not doing so in 2018 and now are now being trolled for doing so in 2019! As for China, we believe Ferrari was right in using team-orders. But before you jump onto us for this statement, tune in to this episode. We also talk of how ‘disbelief’ is governing Ferrari’s title campaign for 2019 and how the team and Sebastian Vettel avoided major embarrassment in Formula 1’s 1000th Grand Prix.

Also in this episode, we tell you why trolling the Strolls ain’t gonna work – even if Lance presses the radio instead of the energy button. We discuss the ONE reason why Mercedes would promote Esteban Ocon to a race seat, even if Valtteri Bottas does sufficiently well this year and if Romain Grosjean is some sort of a benchmark for drivers in Formula 1. If Mclaren decide to field a full-time team in Indycar, we tell you why it would be a smart decision. Tune in!

0:00-3:00: Max Verstappen is spinning around too – just that he’s spinning when it doesn’t matter.

3:00-6:00: Why Lance & Lawrence Stroll deserve to be in Formula 1 – it is family business. As for Kimi Raikkonen, Formula 1 is a hobby! Is Romain Grosjean a benchmark in Formula 1?

9:00-12:00: Will Toro Rosso receive an invoice from Ferrari for their brake disc cooling services in China? Will the better starting Mercedes driver end up winning the Drivers’ Championship in 2019?

12:00-15:00: We discuss the ONE scenario that could see Mercedes promote Esteban Ocon to a race seat. Is Formula 1 going the Formula E way and prefering street circuits?

15:00-18:00: Ferrari-Vettel avoided major embarrassment in the qualifying session in China. Also, was the pit-wall of Red Bull Racing and Haas asleep in Q3?

18:00-end: Mclaren’s decision to field a full-time Indycar team could be completely understandable and justifiable. They are trying to emulate Fernando Alonso’s moves outside of Formula 1.