Norris Talks Rallying: ‘If There’s A Tree, I’m Most Likely To Hit It’ 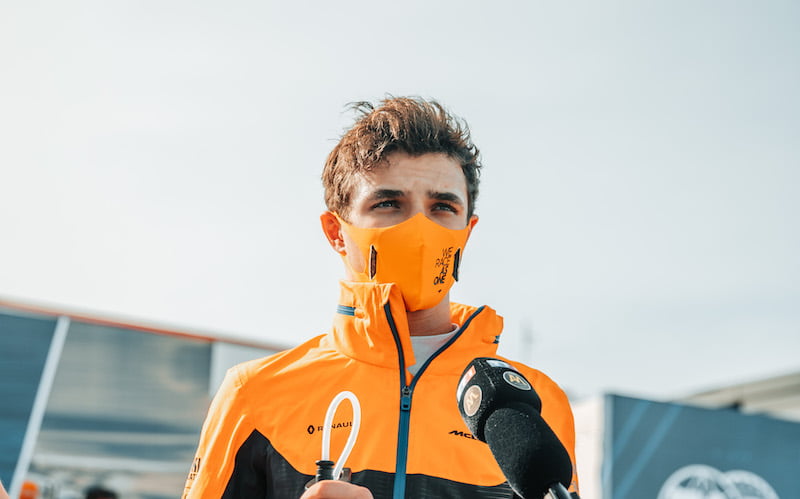 ‘If there’s a tree, I’m most likely to hit it’, joked Lando Norris when quizzed about trying his hand at rallying. Here’s Parc Fermé’s interview with the Mclaren driver and Twitch superstar.

Yes, THE Lando Norris makes an appearance on the Inside Line F1 Podcast, courtesy of our friends at Parc Fermé, one of the leading Motorsport publications in the Nordics. In this fun F1 podcast interview, Norris dishes out Motorsport and life philosophies on how he would cope if stuck with a bad racing car all season, his social media presence and how his mistaken reveal of Mclaren’s launch date for the 2020 car was a planned gimmick after all.

Lando Norris explains his love for sim racing and why iRacing is better than most others. And of course, he discusses what he’s looking forward to the most in 2021 when he partners Daniel Ricciardo at Mclaren. Tune in to the F1 podcast interview enjoy classic Lando banter!

Also in this episode, Mithila makes a comeback to the Inside Line F1 Podcast. The duo (Mithila-Kunal) tell you why Romain Grosjean’s human side shouldn’t be trolled after his unexpected exit from Haas, rival teams disallowing a ‘young’ Fernando Alonso to test in Abu Dhabi, Formula 1’s $104 mn loss in Q320 and if ‘work from home’ could be an option for team personnel as Formula 1 seeks to keep expanding it’s annual calendar.

For our listeners from the Nordics, you can use ‘pp2020’ to avail a 25% off on a subscription to Parc Fermé’s informative Paddock Pass section!

12:00-15:00 – Should rival Formula 1 teams have allowed Fernando Alonso to test at the young-driver test in Abu Dhabi later this season?

18:00-21:00 – Romain Grosjean has handled his exit from Haas so gracefully that it only makes him more likeable + GRO’s way of handling career crisis makes him so relatable

21:00-24:00 – With which team will Lando Norris score wins and maybe even a World Championship with?