An alt-F1 blog that explores the sport and business of Formula 1 + the home of the Inside Line F1 Podcast
Kunal's F1 Blog
Skip to content
Homepage F1 Features How Soon Before Lawrence Stroll Buys F1 From Liberty Media? 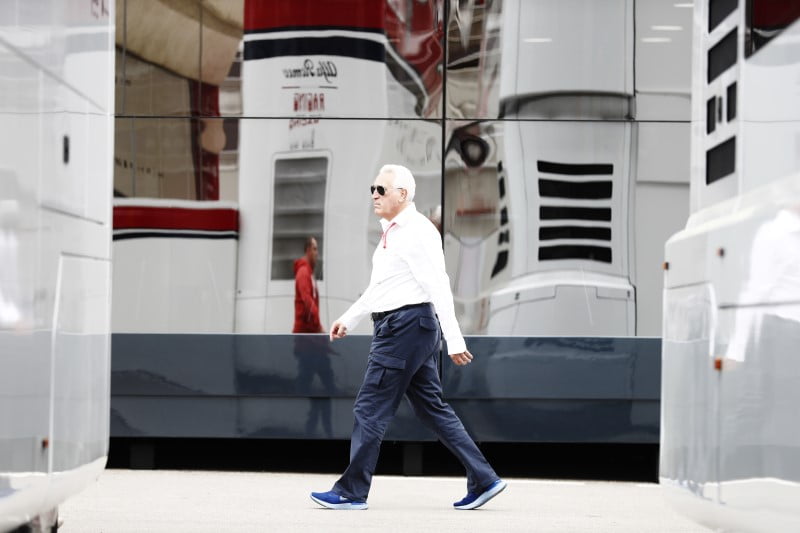 Lawrence Stroll – how soon before he actually makes a bid to buy Formula 1 from Liberty Media?

Incredible news of his takeover of Aston Martin + re-branding of Racing Point to Aston Martin’s works team from 2021. This is a positive development on many levels.

Come 2021, a new manufacturer team to join Formula 1 – for not much of an effort from Liberty Media itself. Yes, it won’t be an 11th team, but Aston Martin has been sitting on the fence for the past many years. Their title partnership with Red Bull will end this year. Possibly, the only downside of this announcement.

Currently for Formula 1 and Liberty Media, there is uncertainty around Renault & Mercedes’ long-term commitment to the sport. In lieu of this, Aston Martin’s entry is appealing. The car manufacturer isn’t in its healthiest state as a business, so one hopes that their commitment will be long-term. The question outside of the scope of this post is – can the new ownership and cash infusion resurrect the fortunes of Aston Martin’s road car business? At some point, one would expect that the two businesses, road car and Formula 1 team, will need to make a financial intersection that’s appealing to the company’s investors.

For Racing Point, they will go from being a cash-strapped Force India only 18 months ago to a works team in 12 months from now. The stability should help the team rise through the ranks & hopefully break into the top-3. They’ve been ‘best for rest’ for several years. Just when Formula 1 was almost getting used to calling the team ‘Racing Point’ and not ‘Force India’ could another name change be in the offing? Thankfully, it will be a brand most of us have been used to before. Will we also see the departure of the pink livery?

Other big benefactor will be Sergio Perez. The Mexican has a deal with Racing Point till 2022 & unless a Ferrari/Mercedes come calling, one expects PER to continue. Perez’s talent & form has been long ignored & let’s hope he is able to get his due with Aston Martin’s arrival.

The BIG question in this equation remains Lance Stroll. One expects Lance to continue racing for his father’s racing team till for as long as he wants, but would he fit the ambitions of a works team? Will Lawrence’s ambitions to win races & championship cost Lance his seat? Even if Lance departs from the team as a racing driver, there’s ample opportunity for him to be involved in the management of this father’s investments in Formula 1. Like we’ve discussed before on the Inside Line F1 Podcast, Formula 1 is family business for the Strolls.

Finally, the Wolff-Stroll rumours to buyout Mercedes shouldn’t be put to rest yet. Dietrich Mateschitz owns two Formula 1 teams (Red Bull + Toro Rosso), could Lawrence be next? If the economics add up, why not? Aston Martin could be for Lance to enjoy himself in Formula 1 while a Wolff-Mercedes-Hamilton team would be for Lawrence to seek race & championship glory for himself in the sport. After all, there could be a World Championship winning team up for sale in few weeks!

Lastly, I go back to my first question – could buying Formula 1 be Lawrence’s next move? He’s the single-most interested individual investor in the sport and business of Formula 1 in recent times.