An alt-F1 blog that explores the sport and business of Formula 1 + the home of the Inside Line F1 Podcast
Kunal's F1 Blog
Skip to content
Homepage F1 Features For 2021 Tyres, Pirelli Needs Support From F1 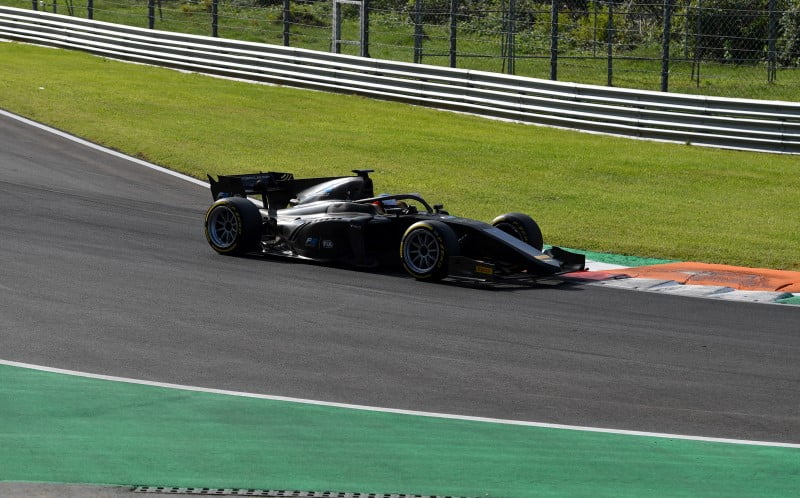 Pirelli’s Mario Isola explains the challenges of being Formula 1’s sole tyre supplier and how the sport needs to support tyre development for 2021 and the future.

Formula 1 has been struggling to pinpoint the right tyres for the sport — even changing their brief to their sole tyre supplier, Pirelli. This leads us to the interesting question of what the right tyres are anyway? Depending on which of the sport’s multiple stakeholders you speak to, the answer could be starkly different. This puts Pirelli in the strange position of having to cater to conflicting stakeholders’ demands. No wonder then that Pirelli regularly gets publicly criticised and blamed for what is ailing the sport — with not enough credit delivered where due.

In this exclusive interview, Pirelli chief Mario Isola talks about all this and more. Excerpts:

As the sport’s sole tyre manufacturer, Pirelli has various stakeholders that it needs to cater to. How do you prioritise stakeholders, and their often conflicting needs?

When you are the sole supplier in a sport like this, everybody is important. We need to listen to the teams, drivers, FIA, FOM — because they have different needs. That’s why we are trying to speak to everybody in order to collect their opinions and create the best possible product for everybody. Again, (them) having different targets means that sometimes you don’t please all stakeholders, but this is our job. Every year, we try to introduce a new product with this target.

Tune In To ALL Episodes Of The Inside Line F1 Podcast

Pirelli seems like an easy target for criticism when Formula 1 gets boring. How does Pirelli stay motivated around such criticism?

The sole supplier is an easy target to identify. That said, Formula 1 is an environment which is changing very quickly. When we started in 2011, it was a completely different situation — different cars and also different sized tyres. We are now talking of 18-inch tyres for 2021. The development of cars is also incredible. It is a moving environment and we have to adapt our approach. So if criticism is positive in a way that it is giving us information to improve — it is always welcome. But we try not to lose time on criticism without any good element that does not give us the possibility to improve.

It is known that both drivers and fans want the sport to have more racing. What limits Pirelli from building tyres that allows for 100 percent racing during a grand prix?

In this case, it was a request (which prevents us). When we came back (to Formula 1) in 2011, the request was quite clear — to have high degradation tyres. Now, there is a change in this approach, that low degradation tyres are the right solution for Formula 1.

We have to look — any solution is good, but on the other side, can have a small bad part in it. We are happy to have low degradation tyres or tyres with certain characteristics, provided these characteristics are agreed with everybody. Drivers obviously want to push on the tyres. That’s a normal requirement from the drivers and we are happy to work in this direction. But in the past, this was not the request.

In the past, the approach was different, in 2011 or 2012, with high degradation tyres, we had more pitstops. Now, the different car plus different level of fuels plus many other changes (compared to 2011), the approach of the teams is to reduce the race pace, so drivers are obliged to cruise their cars instead of pushing in order to have one-stop, to reduce the risk of being stuck in traffic because it is more difficult to overtake or save fuel or for many other reasons to slow down the race pace instead of increasing the number of pit-stops.

The best is, in my opinion, for 2021 and we are discussing new tech regulations that significantly reduce the influence of downforce in the car that is following. This will help overtaking because if you lose downforce, you start sliding and overheat the tyres. Our job is to make tyres that are less sensitive to overheating with a wider working range and other characteristics that everyone agrees. But on the other side, we need support from the sport to make cars that are less sensitive to loss of downforce and so on

Speaking of the upcoming seasons, tyre blankets will be banned. How will Pirelli address with the unpredictability that cold tyres bring?

Removing the blankets is more about performance and behaviour of tyres. So we have many other championships where we don’t use tyre blankets. We have to consider that in Formula 1, the level of stress on tyres is a lot bigger than other other championships, so that is important to consider. But if the decision is to remove tyre blankets for 2021, we will work in that direction. But it won’t be easy, in 2021, we are going to change the entire car, the tyres, sizes — you can imagine the differences in terms of handling, in terms of kerbs and so on. So the blankets is an additional technical challenge for us, if the decision is confirmed.

Everyone is talking about the 2021 season when the new Formula 1 regulations will come into force. What sort of tyres will you be making for 2021?

It is a different approach in how we design the tyres. In Formula 2, for example, we are not using tyre blankets. In GT series, we are using hot boxes, so there are different approaches for different championships. Obviously, you need a tyre that is able to provide grip at lower temperatures and not overheat when the tyre is running at the normal running temperature (which is more than 100 degrees). Also, we have to design and construct compounds with different systems, approach, ingredients and so on. Another important point that we have to consider is the pressure increase. Now with the blankets, the pressure increases in the range 1-2 psi, so it is very stable. Without blankets, you start with low and end up with high pressure – the difference being 10-12 psi between cold and hot. This has an influence on the construction of the tyres and must be taken into consideration.