Vitantonio Liuzzi Is Excited About Participating In The i1 Super Series 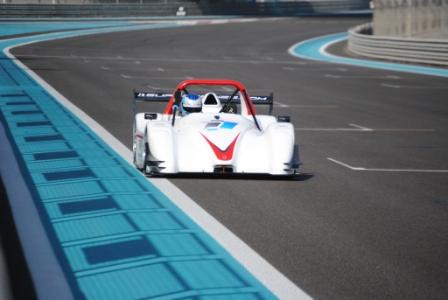 I spoke to Vitantonio ‘Tonio’ Liuzzi last night after the i1 Super Series driver announcement. (Read post: i1 Super Series Confirms Their 2012 Drive Line Up) Tonio is one of the only current Formula1 drivers who confirmed his participation in the much awaited and anticipated city vs. city racing league. I have known Tonio since the 2009 Formula1 season and it is always a pleasure to talk to him. I bumped into him last in the Paddock during the 2011 Singapore Grand Prix and he is always cordial and one of the most friendly drivers to approach.

Tonio drove for the Hispania Racing Team in the 2011 Formula1 season and is yet to confirm his drive in Formula1 next season. While we didn’t discuss Formula1 much, he did mention that he has a contract with HRT for the 2012 Formula1 season and is hoping to race with them next season. The other breath in which Formula1 was mentioned was when I asked him if participating in this series would help him stay fit off-season. Tonio immediately reacted and said ‘Any amount of track time is good for us especially since testing opportunities are limited in Formula1’.

Excerpts from the conversation:

Q. How excited are you about the i1 Super Series and driving in it?

A. Exited? Very much! Interesting concept and it should do well for Indian Motorsport as well. I am happy to go racing in the off-season and any amount of track time is good for me.

Q. The Radical SR3 is only 240 bhp, do you think it is too slow for ex-F1 drivers? Have you driven this class of cars before in your racing career?

A. They will be slow, but it could also lead to some wheel-to-wheel racing. I have only driven single seaters in my career before and never the SR-class. The pre-season test will be my first time. Pretty excited to see how the car behaves and I will adjust my driving style to suit it. Q. Plenty of young Indian racing talent. Anyone in particular you’ve spoken to or heard of and are looking forward to go racing with?

A. Well, I have seen them and spoken to a few, but not currently in the position to gauge them. But I do hear that this is possibly the best talent in India right now. I am keen to go racing with Karun Chandhok though.

Q. What do you think of the other driver line-up which includes ex-F1 drivers?

A. The ex-F1 drivers will also be an interesting lot to go racing with, they will for sure be very quick. Driving alongside these drivers will be a huge learning curve for the Indian racers.

Q. Which team would you be driving for in the Series?

A. Our team allocations will be done in January and I will be informed later.

I also asked Tonio what team would he like to drive for and of course he figured that I was playing with him so he left me without an answer. Tonio finished in the top 10 in the first pre-season test that concluded today at the Yas Marina and will be one of the favourites to win the inaugural i1 Super Series title. – End