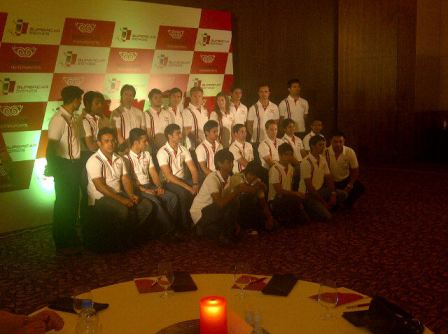 The press release carried the following names as drivers for the debut season of the i1 Super Series:

While there are a few surprising names that have made and miss out on the above list, the mix of ex-Formula1 and current Indian racing drivers could surely stir up the Indian motorsport scene when the series launches in January. The biggest name missing in this list is that of India’s first ever Formula1 driver, Narain Karthikeyan.

I shall share my comments on these names tomorrow, however, it is interesting to note that there will be 27 drivers confirmed for the season and 18 will race via the 9 franchise teams.

Off the 9 teams, only 5 have been disclosed so far and the announcement of the remaining 4 should be expected anytime soon. Some previous posts regarding the franchise announcements:

You can also get to know more about the series by listening to the i1 Super Series podcast.

A few pictures from the driver unveiling ceremony are pasted below: