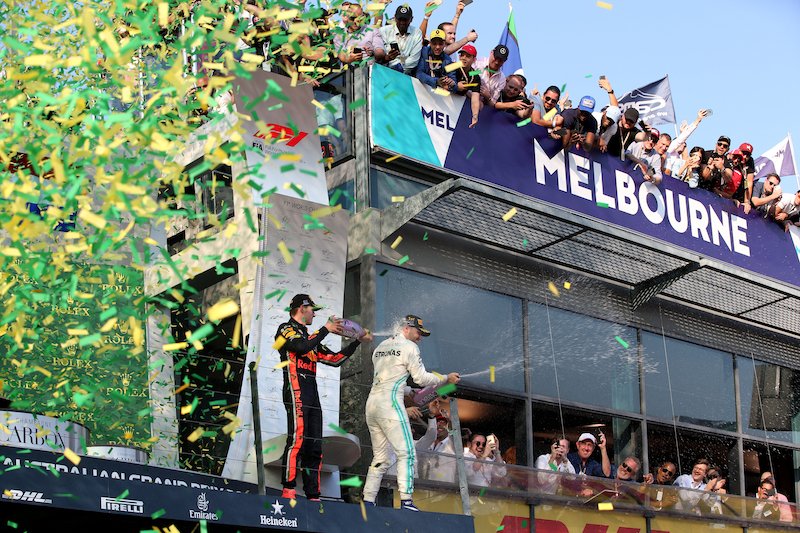 F1 2020 has been a roller coaster and P3 is the new & coveted ‘best of the rest’ position – in the race & in the championships. Did you know that before the 2020 Portuguese Grand Prix, 6 different drivers finished in P3 in the last 6 races?

Mercedes & Lewis Hamilton are on course to clinch their respective titles for yet another season. But worry not, it’s the battle for P3 that will keep us entertained in the remaining races of the 2020 Formula 1 season. And it’s not just the battle for P3 in the Drivers’ and Constructors’ Championship, it’s also in the races. Did you know that 6 different drivers have finished in P3 in the last 6 races (stat valid for before the 2020 Portuguese Grand Prix)? Also, 8 different drivers have finished in P3 in the 11 races held yet.

In this week’s episode of the Inside Line F1 Podcast, Mithila and Kunal discuss the new ‘best of rest’ position in Formula 1 – P3. They also talk about the probable calendar for the 2021 Formula 1 season, the rumours in the driver market or the ‘silly season’ and the prize money earned by the teams in 2019.

Should Sebastian Vettel be upset that Red Bull Racing have overlooked him as a possible replacement for Alexander Albon? And finally, Esteban Ocon and George Russell to join Pascal Wehrlein in the list of Mercedes junior drivers who had a broken career in Formula 1? Tune in!

0:00-6:00 – Why Lewis Hamilton’s record of maximum wins could stand for a long long time

6:00 -9:00 – Why P3 is the new ‘best of the rest’ position in Formula 1 – in the race and both the World Championships. For the Constructors’ Championship, it’s Renault vs. Racing Point vs. Mclaren – who are you cheering for?

9:00-12:00 – A Bottas vs. Verstappen for P3 actually proves just how great a season Verstappen is having. VER has been on the podium in every race he’s finished

12:00-15:00 – What Wolff Said This Week – Max Verstappen being in queue behind Esteban Ocon & George Russell to race for Mercedes. The curse of the Mercedes junior driver to strike OCO (again!) and RUS?

21:00-24:00 – Liberty Media have been ambitious with the probable calendar for the 2021 Formula 1 season. Will the regular calendar be as much fun as the COVID-19 impacted one?

24:00-27:00 – We pick our points from the rumoured prize money earning for all teams from 2019. Thank heavens that this divide-and-rule version of the Concorde Agreement ends at the end of 2020

27:00-30:00 – ECC on HAM: He doesn’t dress as a racer. But then again, what do racers dress as? Should Sebastian Vettel be annoyed that Red Bull Racing overlooked his availability for 2021?

30:00-end – Red Bull Racing to FINALLY hire an external driver as Max Verstappen’s partner? Pierre Gasly to Renault could be dovetailed with a power unit deal for Red Bull Racing. Why is Haas not appealing enough for Sergio Perez and Nico Hulkenberg?