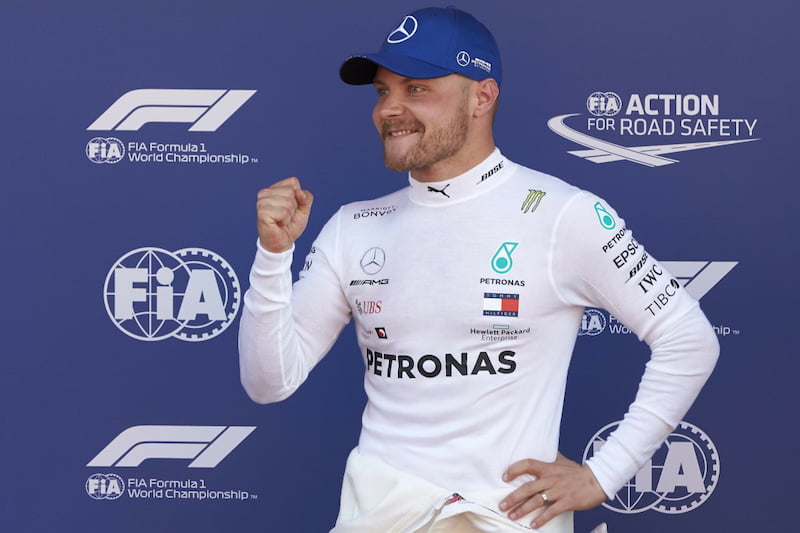 F1 needs to apologise to Valtteri Bottas. Mercedes-Hamilton, by what race could they wrap up their titles? Is 2019 Nico Hulkenberg’s last season in F1?

Every sport needs to build and worship its heroes, the current flavour for Formula 1 being Lewis Hamilton. But Formula 1 took one step too far when it asked Valtteri Bottas, Hamilton’s title rival, to sing praises for the reigning World Champion not once, but twice. Enough, lads. Let’s respect the title rivalry between the two Mercedes drivers.

In this week’s episode of the Inside Line F1 Podcast, we wonder if Esteban Ocon will eventually have to settle for a Renault in 2020 after having Mercedes dreams. Could Ocon-Renault lead to an exit from the sport for Nico Hulkenberg? By what races this year would Mercedes and Lewis Hamilton wrap up their titles? Who would you believe more when it comes to ‘how tough it is to race a Formula 1 car?’, Max Verstappen or Lewis Hamilton-Romain Grosjean? Finally, should Mercedes continue racing in Formula 1 despite not having anything left to prove? And of course, did you know that Formula 1 actually played ‘Happy Birthday’ on the podium instead of the national anthem for the winning driver in one of the previous editions of the Austrian Grand Prix? Tune in!

0:00-3:00: If you are a Formula 1 team boss, there’s one junior driver you must absolutely sign up before your rivals do

6:00-9:00: Could Nico Hulkenberg be out of Renault (and Formula 1?) by the end of this season? Instead of a Mercedes, Esteban Ocon might have to settle for a Renault in 2020 (The Nico Hulkenberg Podcast)

9:00-12:00: What race will Mercedes and Lewis Hamilton wrap up their respective titles in 2019? We are currently in a season-long Mercedes advertisement. And Lewis, please don’t wrap up your title in Mexico one more time (Hamilton To Win Constructors’ Championship In F1 2019?)

12:00-15:00: Should and will Mercedes continue competing in Formula 1? They have been unbeatable since 2014 – there’s almost nothing left for them to prove

15:00-18:00: Max Verstappen vs. Lewis Hamilton and Romain Grosjean, whose side are you on? The debate is about how physically exerting it is to race a Formula 1 car (Leclerc Has Outperformed Verstappen)