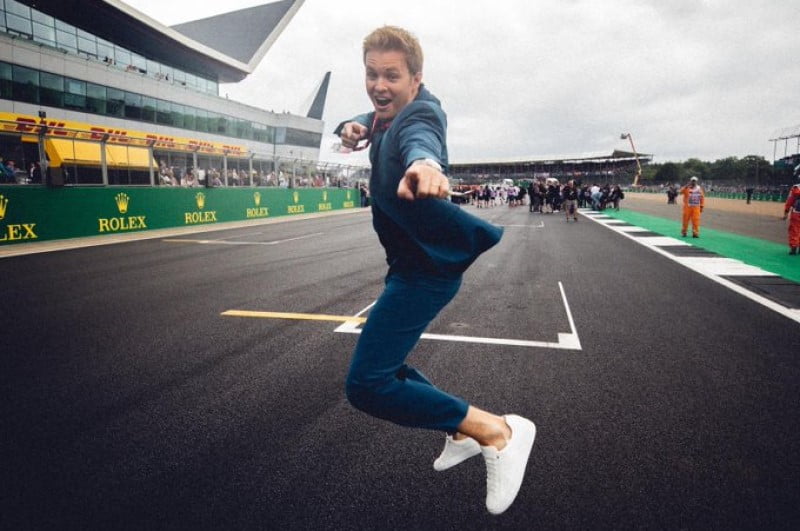 For his YouTube videos, Nico Rosberg is having a go at one top driver after another. Could Charles Leclerc be his next target?

Lewis Hamilton wasn’t the only Mercedes driver who felt the heat in Monza. Nico Rosberg, Formula 1‘s famous YouTube influencer and former World Champion Mercedes driver, was under fire too – from Max Verstappen and Lewis Hamilton himself. Rosberg has already toned down his comments, but after attacking three out of the top-4 drivers, we wonder if Charles Leclerc would be Rosberg’s next target. After all, Leclerc is Formula 1’s new race winner, the darling of the fans and maybe the FIA too?

Also in this episode, we talk Sebastian Vettel, because he needs to be spoken about and will Giancarlo Fisichella get a call up if Vettel does indeed get a race ban? Leclerc learned from Verstappen, Hamilton’s learning from Lerclec – is Max Verstappen singlehandedly changing Formula 1 by bringing back ‘hard racing’? Hear Kevin Magnussen talk about luck and being in the right place-right time during the silly season, while we pull out a Charles Leclerc interview from our archives. It was about a year ago when Lerclerc told us on our show that he didn’t think he was a superstar. Oh, just how times have changed, for the better. Tune in!

Subscribe to the Inside Line F1 Podcast on iTunes, Google Podcasts, Spotify and every other audio-streaming platform for your weekly dose of Formula 1 humour

3:00-6:00: Max Verstappen is singlehandedly changing Formula 1. We tell you how! (Read: With Which Team Will Verstappen Win His F1 Titles?)

6:00-9:00: Which driver will Nico Rosberg target next for his YouTube videos? Kevin Magnussen explains how he misses the winning feeling (Read: Are F1 Drivers Friends? Magnussen Answers)

9:00-12:00: How many drivers has Sebastian Vettel apologised to this season? Btw, we think Vettel can bounce back…but maybe not to go win his 5th Formula 1 World Championship

18:00-21:00: Did being critical cost Nico Hulkenberg his drive at Renault? A year ago…Charles Leclerc didn’t think he was a superstar. Hear the two-times Formula 1 Grand Prix winner himself. (Read: Renault’s Dumping A Blessing In Disguise For Hulkenberg)