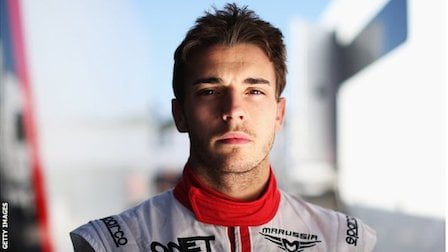 Motorsport is dangerous, but it is only after incidents such as Jules Bianchi’s life threatening one at the 2014 Japanese Grand Prix do the dangers of the sport face us in real. We revel at the technological strides the sport has made in every aspect including safety, and it is the same advances that allows the drivers to push boundaries and defy laws of physics ever so often; sometimes in conditions that probably don’t need them to.

But that’s Formula1. A sport and a business, but not in that order. Reasons related to business of the sport was why the race didn’t start earlier even though the FIA wanted to. Similarly, the ‘show’ of the sport couldn’t be hampered and a car in the barriers shouldn’t affect the overall race result was why the Safety Car wasn’t deployed post Adrian Sutil’s crash. (Read: Formula1 Puts Fans First)

And then the former F1 doc has rightly questioned if Jules obeyed the flags that were being waved (claimed to be double yellows), but one could wonder if due to the low visibility and diminishing light, were the flags visible at all. A lot of questions, very few answers, but a lot of prayers to see Jules recover well and take things from there.

Back to the sport, Hamilton’s win was much deserved, he is a master of such conditions and was the better driver. Button’s first lap tyre call was splendid and could there be a better way of sending a message to the bosses at Honda?

Apart from that, the Vettel-Alonso-Ferrari-Mclaren curry was spiced up on Saturday by Red Bull Racing after they seemingly caught everyone unawares by announcing Vettel’s departure and his apparent interest in joining Ferrari. This only adds to our previous assumption that the grid in the 2015 Formula1 Season could be the most changed one in recent times.

And last but not the least, the inaugural Russian Grand Prix is up this weekend. While it is a journey into the unknown for almost everyone including Rishi and I, I think the Russian President Vladmir Putin does know what he’s going to be doing this weekend. Your guess is as good as ours!

Do tune in to the latest episode of the Inside Line F1 Podcast: