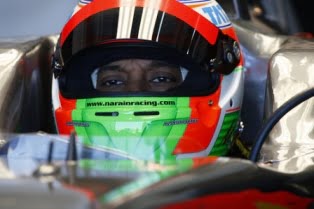 Sebastian Vettel and Lewis Hamilton drove near-perfect laps to clinch P1 and P2 in qualifying for the Malaysian Grand Prix. The most exciting part of Saturday’s Qualifying session was that the top 4 drivers were separated by less than 4 tenths of a second. Moreover, the top 5 grid positions in Sepang are the same as they were in Albert Park!

The Malaysian Grand Prix weekend started off on the backfoot for both the Indian drivers. An early morning tweet on Thursday from Karun Chandhok revealed that he wouldn’t participate in the Friday Free Practice 1 session in Malaysian. Whether this was a reprimand for his FP1 crash in Australia or no is not known, but not the best news for Indian Formula1 fans. I hope he makes a return in the FP1 in Shanghai.

For all Karun Chandhok fans, the Malaysian Team Lotus Racing cars seem to be at their fastest this weekend in Sepang. In Saturday’s Free Practice session, Heikki Kovalainen managed to clock a laptime that was only 4 tenths slower than Paul di Resta in the Force India.

The other Indian driver in Formula1, Narain Karthikeyan, started his weekend not knowing what to expect and ditto was for all Narain’s fans. The Hispania Racing Team managed to have their car ready in time for the weekend and managed to clock long runs in the Friday and Saturday practice sessions. The team termed the Free Practice sessions as ‘tests’ for the 2011 challenger – F111.

HRT’s pace was unknown and many believed that they would be unable to qualify for the Malaysian Grand Prix as well. However, Narain and HRT managed to gather pace during the weekend and were well within the 107% time set for most practice sessions and most importantly in Saturday’s Qualifying session.

Just to get things in perspective about Narain’s performance, he qualified 24th and last on the grid about 8 seconds off pole-sitter Sebastian Vettel’s pace. However, he was a full second clear of the 107% target laptime that was set – a good improvement for Narain and the HRT team after their qualifying troubles in Australia.

While Race Day is only tomorrow, the best part of HRT’s improved pace is that they were only half a second off the slowest of the Virgin cars. It would be a battle of sorts should the HRT be able to catch the Virgins.

Qualifying for the 2011 Malaysian Grand Prix was HRT and Narain’s primary objective, however, Narain would be slightly worried that his pace was a second slower than his Italian team-mate Vitantonio Liuzzi. However, the qualification means that Narain Karthikeyan will be starting his first F1 race in over 5 years – his comeback dream coming true!

Force India Formula1 Team suffered a few reliability problems during the course of the sessions on Friday and Saturday. Adrian Sutil had some minor issues with his KERS and then suffered mis-timed downshifts with his gearbox.

While the issues didn’t compromise the team’s track time it did affect their overall pace and laptimes. The Force India F1 team drivers progressed to Q2 of Saturday’s qualifying, but were unable to break into the top ten qualifying shoot-out. Paul di Resta out-qualified his team-mate Adrian Sutil and both drivers will start tomorrow from 14th and 17th.

Force India were in the mix of qualifying action with the other established teams Sauber, Williams and Toro Rosso. Going by race pace in Australia, Force India do have consistent pace in the long runs and reliability is their trump card. I would expect the drivers to progress up the grid in the race and a top 10 finish would be perfect!

Coupled with the adjustable rear wing, weather and tyre strategies will play a crucial role in tomorrow’s race. This would also mean action on track and in the pit-lane! 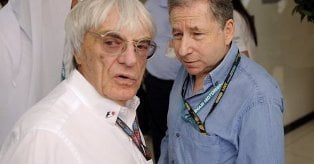 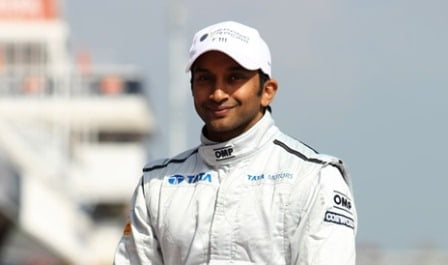 2 comments On 2011 Malaysian Grand Prix: Karun Sits Out; Narain Qualifies In His HRT