It was only last week that I attended the 2013 British Grand Prix and the latest episode of the Inside Line F1 Podcast ‘From Puncture-stone to Puncture-ring?’ has all the inside news and of course, humour! While the 2013 German Grand Prix has started off without any tyre failures, will the Pirellis hold together in the race?

Thankfully we have had no blow-outs yet and the drivers’ threat to boycott the race fell away. However, if you were to observe Silverstone (like Rishi pointed out), the blow-outs essentially happened only on Race Day. Will we see more blow-outs? I hope not! (Read: Our Secret Tyre Test With Pirelli; An Indian Solution To Pirelli’s Tyre Woes)

What I do hope though is for Rosberg, Di Resta and Sutil to make up ground in the race tomorrow and fight for bigger chunk of points. But who will fall back? Mercedes seem to have solved their tyre woes, which means will it be Button and/or Ricciardo? The prospect of nearly 16 drivers able to legitimately fight for points is what makes the race even more interesting! 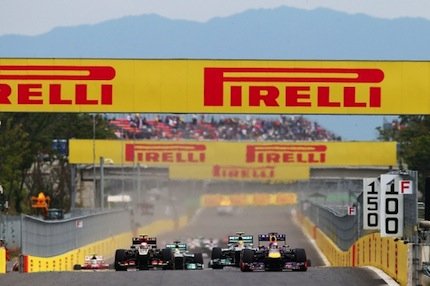