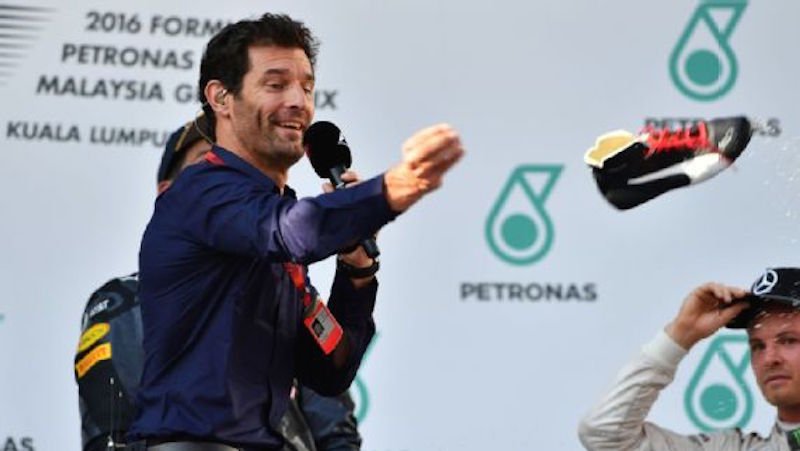 FIA was sneaky in its ways to keep the shoey off the podium. We had an instance where 3 drivers were classified 3rd at least once. Thank you FIA, for embarrassing Formula 1. And thank you (not!) for ensuring the shoey man doesn’t find himself on the podium, during the podium. (The FIA Will Ban The Shoey?)

Daniel Ricciardo’s shoey was missed in Mexico, but is it time for a new party trick? We’re excited to know what it could be and how he’s going to up that game!

The Mexico Grand Prix will be remembered for the FIA’s inconsistent stewardship. One that saw Max Verstappen get penalty for doing a ‘Lewis Hamilton’, even when Hamilton himself didn’t get one. And of course, Sebastian Vettel realised that the only driver who gets away by doing ‘The Verstappen’ is Max Verstappen himself. (FIA Bans ‘The Verstappen’)

What else did this episode teach us? Lewis Hamilton and Fernando Alonso have friends in the FIA, but Sebastian Vettel certainly doesn’t. In fact, after his tirade of abusive, there’s little doubt there. (Hamilton & Verstappen, Formula 1’s Dream Team?)

Should Lewis Hamilton have received a penalty? Probably, yes. Max Verstappen too? If Hamilton did, then yes, if not, then no. But Sebastian Vettel? We think not! Are they over-regulating the sport by trying to curb natural instincts of a racing car driver? But, we expect further sanctions towards Sebastian Vettel for dropping the F-bomb. A race ban? Or something far worse?

Eventually, we hope that Liberty Media realise how bunching the teams up and making them compete impacts the sport. A Verstappen vs. Vettel vs. Ricciardo is exactly what the sport needs, minus the swearing, of course.

Are Hamilton’s start issues a thing of the past? We’ll be glad, if they are. After all, blaming a clutch for losing the Drivers’ Championships sounds very lame. We’ve been talking about Nico Rosberg and his ‘match points’ as we near the end of the 2016 season. But since when did we start calling it a ‘match point’? This isn’t tennis! (Lewis Hamilton, Can He? Will He?)

Is Max Verstappen a threat to Hamilton or Rosberg in the Drivers’ Championship? Are we the only ones fearing that he could crash into either driver in the remaining two races? He almost knocked Rosberg out of the race in Mexico!

After witnessing the Mexico Grand Prix, we are forced to agree with Ecclestone’s idea on building walls to ensure drivers race within track limits. By the way, there must be some coincidence in the fact that Bernie Ecclestone and Donald Trump are both keen to build walls and that too in Mexico! (Why Bernie Ecclestone Backs Donald Trump For President)

Fernando Alonso was rated as ‘the best Formula 1 driver‘ in an impromptu vote between 9 journalists. 8 out of those 9 voted for Alonso, barring one. We investigate who this journalist could be. And finally, will Ross Brawn return to save Formula 1? We certainly hope that he does. Because given the movements in Formula E, we definitely should be considering an Inside Line Formula E Podcast!