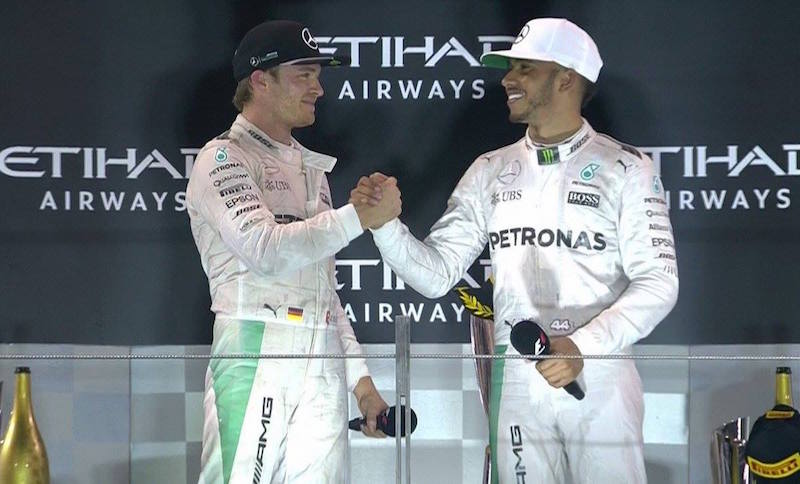 As Nico Rosberg managed to finally beat Lewis Hamilton, in this special and unplanned episode of the Inside Line F1 Podcast, we celebrate Rosberg’s first-ever Formula 1 World Championship victory. We also debate whether Lewis Hamilton’s tactic to slow down Rosberg was fair. A clash of objectives between a team trying to win every race it can and its driver trying to win his fourth Drivers’ Championship!
How will Mercedes settle Hamilton’s disobedience of a team instruction? And should Mercedes have interfered this much in the race given that the Constructors’ Championship was sealed many races ago?
Tune in!
(Season 2016, Episode 40)