An alt-F1 blog that explores the sport and business of Formula 1 + the home of the Inside Line F1 Podcast
Kunal's F1 Blog
Skip to content
Homepage F1 Features F1 2021: Can Anyone Beat Lewis Hamilton? 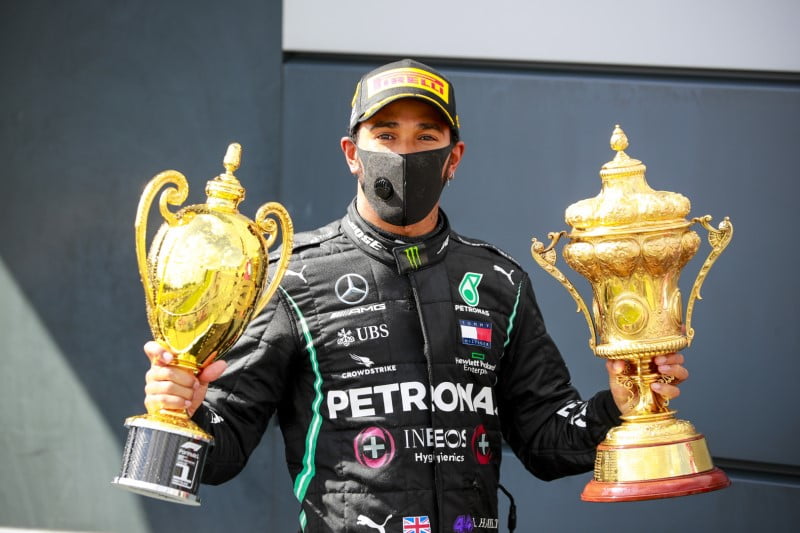 The most-asked question in the 2021 F1 season will be, can anyone beat Lewis Hamilton?

Lewis Hamilton is the world champion for the 4th year in a row. With his 7th F1 title, Hamilton is now tied with Michael Schumacher for the most world championships in F1 history. The Hindustan Times reports that Hamilton clinched his record-tying title with a record-extending 94th victory at the Turkish Grand Prix. It was his 4th consecutive win at that time, and 12th podium finish out of 14 races. After winning the subsequent Bahrain Grand Prix, Hamilton finished another dominant year with 347 points, 124 points clear of second-place Valtteri Bottas.

The answer is probably no, and Mercedes Technical Director James Allison best explains why. On an At The Controls podcast, Allison shared that Hamilton, at the moment, isn’t just special; instead, he is close to perfect. “[Hamilton] has been at the extraordinary level of perfection for year after year after year,” said Allison. “We know if our car isn’t quick enough, it’s not because he is having an off day. He doesn’t have off days, it’s because we screwed up.”

In other words, Hamilton, at age 35, is in a league of his own — and his yearlong brilliance last year is proof of it. The Englishman won 11 of the 16 races he competed in, and fell short of a podium finish only twice (in the Austrian Grand Prix and the Italian Grand Prix). So, barring a massive decline in performance or a serious injury, Hamilton looks primed to win his 8th world championship. This is why Hamilton is listed by Bwin as the favourite to win the 2021 Drivers Championship, well ahead of rising star Max Verstappen and teammate Valtteri Bottas. That should not come as a surprise, as Hamilton’s sustained consistency behind the wheel is quite a way ahead of his competitors.

It certainly helps that Hamilton is still driving for Mercedes, the team that have won the Constructors’ Championship for 7 years running now. Their partnership with Hamilton began in 2014, and has delivered numerous pole positions, race wins, Grand Slams, and fastest laps consistently. They have also either equalled and broken historic Formula 1 records — including most wins from pole position and most podium finishes in a season.

In that span, the Silver Arrows have consistently manufactured Formula 1’s fastest cars that have proved to be the class of the field irrespective of the pilot. This season, Mercedes are expected to give the seven-time world champion the fastest car again after easing off on car development late last year to focus on 2021 instead. And of course, Hamilton-Mercedes’ rivals are yet to mount a championship challenge that lasts the full course of the season.

It also helps that Hamilton just keeps finding ways to win, and even getting fortunate at the most opportune times. The 2020 British Grand Prix, which Hamilton won with only three tyres in the final half of the last lap, is a great case in point. Even so, it should be noted that the seven-time champion had already raced to a comfortable lead by the time disaster struck, therefore giving him some leeway at the end.

Of course, anything can still happen this season. Verstappen might break through, and Bottas might get a few breaks going his way. Daniel Ricciardo and Sebastian Vettel, on the other hand, are still contenders, and can threaten Hamilton if they get their hands on better cars. That said, those are big ‘what ifs’, whereas Hamilton excelling once again is more of a sure thing at this point. In short, no one is probably stopping the Englishman from winning a record-setting eighth world title.