An alt-F1 blog that explores the sport and business of Formula 1 + the home of the Inside Line F1 Podcast
Kunal's F1 Blog
Skip to content
Homepage F1 Features Did You Know? F1 History & Stats: Istanbul, Turkish GP 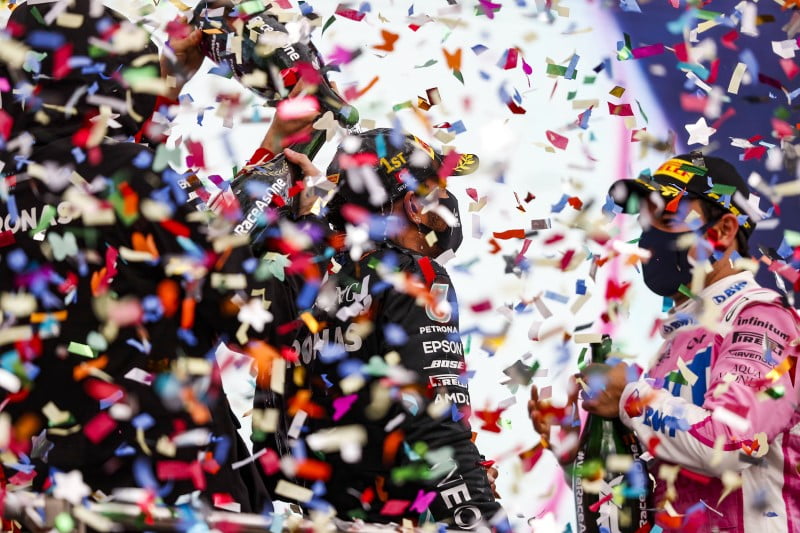 ‘Know Your F1 Circuit’ is a new series launched on my F1 blog. The posts under this series will be penned by Saumil Patel, an avid fan of the sport. You can follow the full series throughout the season by using the ‘Know Your F1 Circuit’ tag. This post focuses on ‘Istanbul Otodrom’, the circuit infamous for its Turn 8, Diabolica & Faux Rouge.

Istanbul Otodrom, popularly called Istanbul Park, is located on the Asian side of Istanbul in the Tuzla district. The circuit was designed by Hermann Tilke over partial swamp land and is spread over a total of 547 acres surrounded by fields and forest. The close proximity of the O-4 motorway which links Istanbul to Ankara and the Sabiha Gökçen International Airport (SAW) makes it an effortless destination for teams and fans to reach.

The paddock is a dual levelled structure flanked at either end by a seven storey VIP tower. The paddock’s ground level is assigned to the teams and the upper level houses the famous Paddock Club. The Paddock Club offers world-class hospitality and the exceptional opportunity for 5,000 aficionados to have trackside views and an immersive race start and pit stop experience from above the team garages. The best ticket package also includes daily pit lane walks, driving tours of the track, live entertainment and appearances by Formula 1 drivers – definitely a bucket list priority for fans and enthusiasts.

The circuit and complex took less than two years and three hundred million US dollars (Turkish government – Chamber of Commerce funded 55%, balance was privately funded) to construct and was inaugurated during the 2005 Turkish Grand Prix.

The design layout of the circuit marks a seismic shift from the Tilke custom of long fast straights and tight hairpin corners.

The inaugural Grand Prix which was won by Kimi Räikkönen driving a McLaren MP4-20 was declared a resounding success with a fairly large number of spectators attending. Drivers largely commended the circuit and the spectators applauded both – the circuit and infrastructure.

Post the initial euphoria, the consecutive Grand Prixs saw a dramatic plummeting of footprints due to the high cost of tickets and lack of national motorsport tradition. By 2007, the promoters were in a financial bind and threatened to cut their losses by pulling out, endangering the future of the Turkish Grand Prix.

Bernie Ecclestone, sensing an opportunity, purchased the complete complex for a princely 60 million dollars – a fraction of its initial cost with an assurance of extending the contract for the next fourteen years. This ensured the future continuation of the Turkish Grand Prix. Unfortunately each year saw diminishing spectator attendance, making it an undertaking that wasn’t economically viable.

The epic 2011 Grand Prix with its unprecedented eighty pit stops and record breaking seventy-nine overtaking maneuvers in a single race (won by Sebastian Vettel driving a Red Bull RB7) was its finale before being taken off the Formula 1 calendar.

Intercity Group (a car rental company) took over the operations and naming rights of Istanbul Park and its facilities in 2012 promoting it as an automobile, motor sport and road safety center. 2020 saw many of the original venues being cancelled due to the outbreak of COVID – 19 pandemic. Lack of Grade 1 circuits in Europe benefited Istanbul Park and it was once again added to the Formula 1 calendar.

The circuit was completely resurfaced under the supervision of Hermann Tilke to remove undulations and cracks in a bid to make it smoother and faster before the 2020 race.

What a crazy start it was to last year’s race 😱

We might need our brollies again this Sunday! ☔️#TurkishGP 🇹🇷 #F1 pic.twitter.com/caoE5ZiHDW

Istanbul Park is considered as to be one of Hermann Tilke’s finest design layouts.  He exploited the copious undulating topography to create a technically challenging and fast track. The fast paced, bumpy quadruple apex turn eight is considered as one of the best on the Formula One calendar and is often referred to as the  “Diabolica” and not without reasons.

Both the drivers and cars are subjected to tremendous load and lateral energies negotiating this 640 meter turn at 4.5 G-Force at average speeds of 260 km/h in 8.5 seconds. It accounts to forty percent of the total tyre energy per lap and the suspension load peaks at 10,000N (force of 1,000kg – more than the weight of the car). The straight back with its incredible fall and rise with a center kink shares similarity with the legendary Eau Rouge corner at Spa-Francorchamps is often referred to as the ‘Faux Rouge’. To further enhance the circuit challenge, the race directions were made anti-clockwise.

The 2020 race was dogged by the lack of surface traction thanks to the recently resurfaced circuit, wet conditions and the choice of tyre compounds – all factors that cumulated in multiple traction related incidents. Lesson learned for the 2021 race; the surface has been water blasted to enhance the traction. The weather forecast also seems to be favorable at around 21ºc, slightly overcast with a minimum possibility of precipitation.

Pirelli has decided to go a step softer this year – and will bring the C2, C3 and C4 tyre. Being a heavy tyre load circuit, the rate of graining and degradation will be evident during the free practice sessions and qualifiers. This will give the teams better insights for an overall tyre and pit stop strategy.