An alt-F1 blog that explores the sport and business of Formula 1 + the home of the Inside Line F1 Podcast
Kunal's F1 Blog
Skip to content
Homepage F1 Features Force India's Good Result At The Cost Of Better? 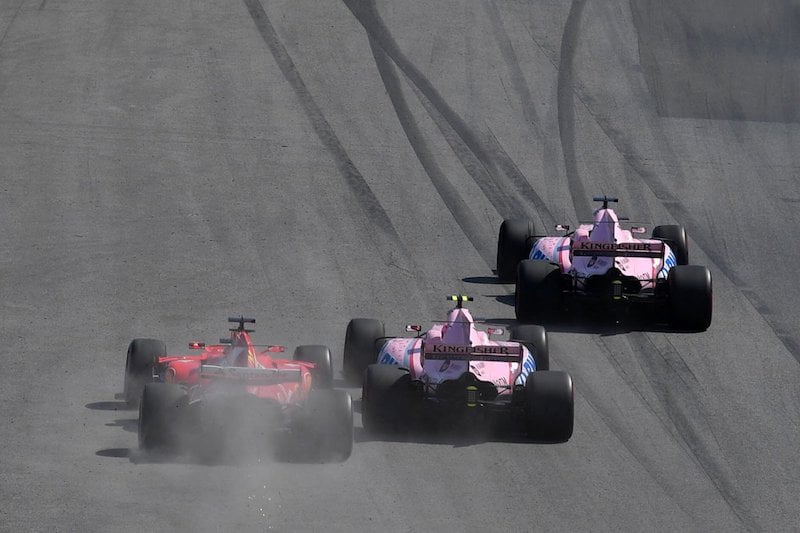 Mithila Mehta and I have partnered with Firstpost for the 2017 Formula 1 Season and will feature in their Firstpost Pole Position videos all through the season. Basically, we’re now available in text, audio and video!

I am emotionally invested in Force India, there’s little doubt. This is also why I was a tad too disappointed when the team didn’t help Esteban Ocon chase a possible podium finish. Yes, they should’ve employed ‘team orders’ – a dreaded term in the sport. Couldn’t they have tried they ‘swap back’ option? Given Ocon a few laps to try overtake Ricciardo, if not, he could’ve returned position back to Perez. Yes, it seems easier in theory (of course), but to me, Ocon seemed like the faster driver and he was on tyres that were 13 laps fresher than Perez’s, Ricciardo was on 52 lap old softs. The attempt should’ve been made.
Instead, the team chose to engage in a high-speed game of diplomacy with Perez. I wish they hadn’t let driver dynasty in the team influence their strategic decisions in the 2017 Canadian Grand Prix, at least that’s how it appeared to me in the post-race quotes. Yes, I have been questioned about my view too. Shouldn’t Ocon have overtaken Perez on his own might if he wanted the podium? Perez got to Ricciardo first, so why should he make way for Ocon?

For a team like Force India, every point matters, because their main source of survival is the prize money that Formula 1 (inequitably) distributes. Hence, the Constructors’ Championship means much more than the Drivers’ Championship. In light of this, the team should’ve made an attempt. Even more so when their nearest mid-field rivals are struggling to score. To the questions above, yes, Ocon should’ve climbed further at his own merit, but it isn’t new for teams to try and get one driver to go higher by asking the other to make way. As for the second, yes, Perez got there first, but he struggled to overtake all the while he was there – and this is exactly why he should’ve made way for Ocon, for the team’s sake. Force India’s brilliant strategy brought Ocon oh-so-close to the podium, but is also their inability to use team orders strategically that cost him the eventual and his maiden Formula 1 podium.
Hypothetically, Force India could have finished 3rd and 5th or 6th in Canada, but I feel they settled for 5th and 6th.
In this fortnight’s Firstpost Pole Position video, Mithila and I talk about Lewis Hamilton’s 65th pole and 56th win, Sebastian Vettel’s chase, Stroll’s maiden points and Fernando Alonso’s ‘grandstand walk’ that almost stole Hamilton and Vettel’s limelight away. Finally, should Alonso consider ditching the Mclaren-Honda project for another legendary former World Champion team, Williams?

The Indy vs. Formula 1 Battle

After the drivers took potshots at each other, it was time for the fans to take a jibe at Lewis Hamilton and his still-in-memory comments about the driver talent participating in the Indy Car series. Let’s settle this the way boxing would, can we? We should have a shoot-out between Lewis Hamilton, Tony Kannan, Graham Rahal and everyone else – in a one-make car. Now wouldn’t that be fun? Hear more: