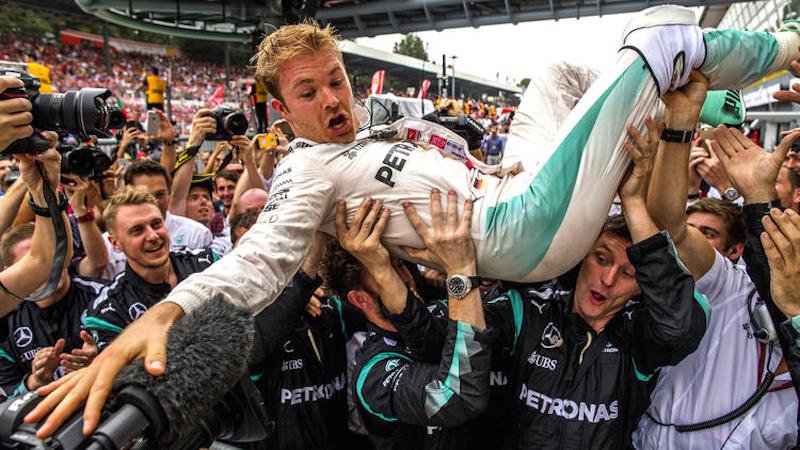 
Nico Rosberg has done it again – surprised the hell out of us, that is. He won his first ever race at Monza, right on the heels of his first ever win at Spa. He also won his first Driver of the Day award! Is his FOMO, or ‘Fear of Missing Out’ driving him? The BIGGER question is, will it culminate into his first ever World Championship victory too?

The Inside Line F1 Podcast turns football analysts as we analyze the friendly match between ‘F1 Stars vs. All Stars‘, held on the pit-straight in Monza. Fernando Alonso was the best player (because football does not need an engine), Jolyon Palmer scored an own goal (no surprises) and Max Verstappen was the best defender (did anyone get hurt?!) We wonder whether Daniil Kvyat was demoted to the bench!

Are Lewis Hamilton’s starts from pole position jinxed? We talk about manual starts, the one thing making the 2016 season exciting (apart from Max Verstappen). Manual starts are awesome because you have some drivers gaining positions, others losing positions – and some just blaming the clutch!

The podium celebrations at Monza were more fun than the race itself. We loved Rosberg’s podium performance (did it give Lewis ‘Rockstar’ Hamilton a complex?). If Rosberg ever applies to Ferrari, we are sure his Italian speaking skills will be helpful! We also tell you why Rosberg chose to sing that particular song apart from the fact that it is super catchy!

Why was Max Verstappen unusually subdued at Monza? Perhaps we should have a ‘chat’ with young Max, because everyone seems to want to have a chat with him! Was Daniel Ricciardo’s overtaking move on Bottas THE move of the season?

Constructor battles are heating up as Ferrari closed the gap to Red Bull Racing and Williams continued to fight Force India. We give you our predictions on what lies ahead in these battles. How did Bottas’ changed helmet help him beat Ricciardo in qualifying?

We have big news from the September ‘silly season’. Felipe Massa announced his retirement from Formula 1, who will replace him at Williams? Jenson Button is taking a sabbatical next year, seems McLaren has a hard time letting go of their World Champion drivers. Button is going to spend 2017 doing what all retired drivers do – without calling it a retirement! Next in the line of retirements could be none other than Bernie Ecclestone – buzz has it that Formula 1 is set to change ownership soon. Will that be for the better of the sport?