An alt-F1 blog that explores the sport and business of Formula 1 + the home of the Inside Line F1 Podcast
Kunal's F1 Blog
Skip to content
Homepage 2011 Grand Prixs Europe (Valencia) Observations From The 2011 European Grand Prix: 85,217 Spectators Witness Yet Another Vettel Victory 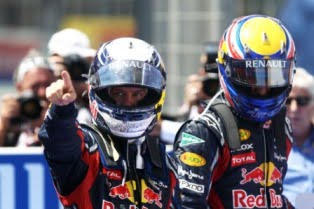 If the 2011 Canadian Grand Prix went down in history as one of the longest races, the 2011 European Grand Prix could well go down as one of the most boring ones. Nearly 2 hours and 57 laps later, the race in Valencia saw a 100% start-to-finish ratio, a feat that has only been achieved a few times in the history of the sport.

After clinching an effortless pole-position (Read: 2011 European Grand Prix Qualifying Report) on Saturday, Sebastian Vettel won yet another GP this season further strengthening his hold at the top of the Driver’s Championship table. Observations from the 2011 European Grand Prix:

The next stop is Silverstone. I am hoping to visit the venue and witness the new pit lane complex and other changes made to the ‘Mecca of Motorsport’. Between now and then, there are a few interesting stores lined up, so keep checking!