Sergio Perez Reveals His Prankster Self 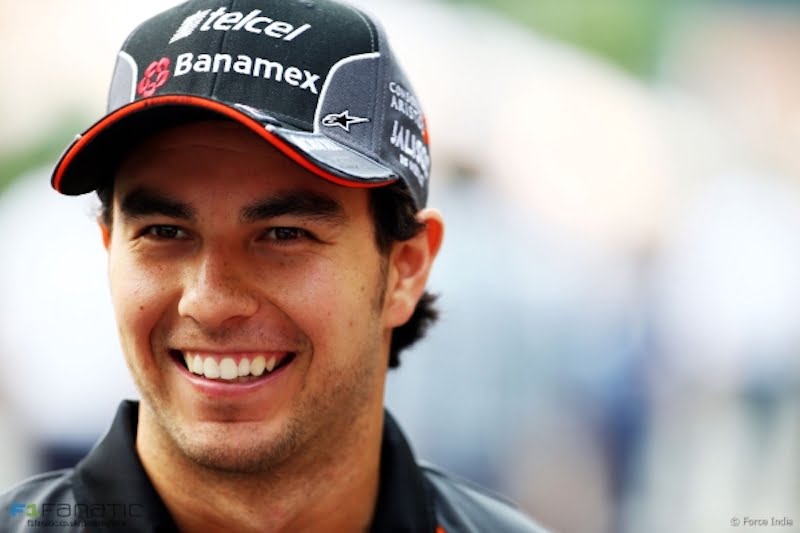 After bringing to you Nico ‘The Hulk’ Hulkenberg last week, we bring to you Sergio ‘Checo’ Perez this week. Tune in to latest episode of the Inside Line F1 Podcast to hear Checo’s favourite radio message and how he played a prank on his former team, Sauber. And of course, no prizes for guessing which driver’s radio he would enjoying listening to the most. (Formula 1 Is Funny)

Apart from Checo’s bytes, Mithila and Kunal discuss how Felipe Massa might just go from Formula 1‘s ‘shortest ever’ (in terms of time) World Champion to logging the sport’s ‘shortest ever’ (again, in terms of time) retirement. To think of it, it was Jenson Button who was seeking a sabbatical and not Massa. And if Fernando Alonso is Formula 1’s unluckiest double World Champion, Massa certainly seems to be the luckiest non-retiring driver. Each time we thought Massa would retire, he’s not! (Formula 1’s Game of Thrones)

Nico Rosberg’s replacement announcement has been delayed till after the New Year. Yes, Valtteri Bottas is on pole position to grab the coveted seat, but again, poaching a Carlos Sainz Jr. or even a Valentino Rossi would be a brave choice. In Rossi, a ROS would replace a ROS on the timing screens! (The Best Driver Did Not Win)

For all of Formula 1’s efforts (the overdose of PR!) to market 2017 as THE season to follow, a Hamilton-Bottas pairing in the expected-to-dominate Mercedes car will be a bad advertisement. The news that a Hamilton-Vettel pairing might be possible at Mercedes in 2018 would be testing our already tested patience a bit too long! Just by the way, we’re still waiting for a Alonso’s 3rd title. (The Joke Is On Mclaren)

We empathize with Pascal Wehrlein – who must be feeling like shit after being snubbed by Force India and now Mercedes and possibly Williams too. On the other hand, Stoffel Vandoorne might not be doing himself many favours by selecting the number ‘2’ as his driver number in Formula 1. Mclaren claim that they won’t have a title sponsor in 2017. We make our own list of things that could be missing at Mclaren next season. (Gillette Mclaren Honda)

If the future of the road relevant Formula 1 engines could be electric, why are we not following Formula E already? Has Formula 1 given a chance to Formula E? And finally, is ‘road relevance’ the reason why Formula 1 is struggling to deliver good ‘overtaking’ moves time and again? Is this also the reason behind banning the lane-changing ‘Max Verstappen’ move? Thank God, the FIA hasn’t banned the shoey yet!

And finally, do remember to subscribe to us on iTunes or Audio Boom as we work towards bringing to you our ever-famous and ever-popular Inside Line F1 Podcast Awards in the New Year.

PS: We’ve had one of our favourite and most avid listeners and supporters Lucien send us a heart-warming byte on why he loves Formula 1 and the Inside Line F1 Podcast. He also shares his favourite funny moments from the sport. The byte is a part of this episode. Thank you, Lucien.