Nico Hulkenberg Gets Funny On The Inside Line 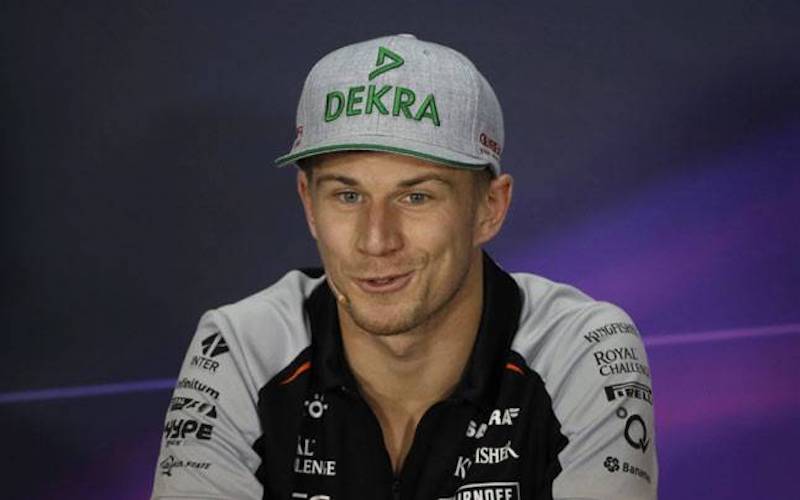 Nico Hulkenberg debuts on the Inside Line F1 Podcast! In the off-season, we will bring to you a few Formula 1 drivers talking about their favourite radio messages and jokes from the sport.

After Nico Rosberg and David Coulthard’s successful interviews on the Inside Line F1 Podcast, we now have the famous ‘Hulk’ on our show. In this week’s episode, Hulkenberg tells us his funniest radio message, how he found Juan Pablo Montoya funny in Austria in 2001 and his struggles in trying to remember his favourite Formula 1 joke.

Apart from the Hulkenberg special, we talk about Mercedes’ overdrive to find Nico Rosberg’s replacement and cashing in on the positive PR around it. Strangely enough, ‘overtaking’ was not added as a skill in their much-publicised advert for a Formula 1 driver. Get the hint? (Formula 1’s Game of Thrones)

If Fernando Alonso doesn’t fill the vacant cockpit, does it indicate a decline in Bernie Ecclestone’s control over the sport? I’ve wondered before, ‘Is Fernando Alonso The Unluckiest Double World Champion?‘. And in no way is Valtteri Bottas a brave choice, Mr. Wolff. Let’s hope that all the powers combine bring to us a Hamilton-Alonso pairing in 2017! The biggest disappointment in this saga has been Flavio Briatore. You’ll have to tune in to know why though.

No episode is ever complete without talking about Max Verstappen and his overtakes. This week, we express no surprise at him winning the FIA ‘Action of the Year’ award, his 78 overtaking moves (also the highest in class!) and him being THE ONLY driver to have overtaken Sebastian Vettel in the 2016 Formula 1 Season.

And finally, remember to subscribe to us on iTunes or Audio Boom as we bring to you Sergio ‘Checo’ Perez next week. A BIG thank you to my former team-mates at Force India for helping with these bytes.

Tune in!
(Season 2016, Episode 43)
Co-hosted by Mithila Mehta and Kunal Shah, the Inside Line F1 Podcast is a weekly show on Formula 1 that attempts to simplify the sport and business of Formula 1. This show also aims to add some much needed humour to the otherwise serious sport of Formula 1. In 2016, the show has crossed 150,000 listens and is top-rated on iTunes and Audio Boom. The show is available on Kunal’s F1 Blog and other partner websites such as Motorsport, Firstpost, NDTVAuto, Sport360, Scroll, Talking About F1, Motor Octane and others.