It’s that time of the year! The time when Indian brands will come forward and announce their associations with various Formula1 teams for the 2012 Indian Grand Prix. Sports Marketing And The Indian Grand Prix was well received by my readers last year and I hope that there is more to it this year!

The latest brand to join the Formula1 brandwagon is TATA Tea, a part of TATA Global Beverages (TGB), who announced a two-race deal with HRT via Karthikeyan. TGB is the world’s second largest manufacturer and distributor of tea via its brands TATA Tea, Tetley, Good Earth Teas and JEMCA. TATA Tea’s logo will appear on HRT’s F112, Karthikeyan’s helmet and drinks bottle for the 2012 Singapore Grand Prix and for the 2012 Indian Grand Prix.

This new announcement makes the TATA Group one of the most diversified investors in Formula1 (yet another reason to be proud of the mighty TATAs, especially for Indian Formula1 fans!) The TATA – Karthikeyan relationship has been most strong for a decade (Read more: Narain, TATA and Formula1) and I am pleasantly surprised to see the Indian conglomerate increase their investment in the sport and in Karthikeyan. This new announcement means that TATA is involved in the sport in three major ways:

While I am happy for Karthikeyan, I am not too sure if this extra boost of money will make the HRT F112 go any faster and score points in the 2012 Formula1 season. I have already penned ‘Has TATA Made The Wrong Decision With HRT’ and I invite you to read it if you haven’t already.

And much of what I have stated above are facts from the media release, however, here is my opinion:

Q: Couldn’t TATA bring all their brands to invest in Karthikeyan earlier?

This is a crucial question, but needs a mention and I am sure Karthikeyan would be wondering too! His debut in the sport was back in 2005 with Jordan Grand Prix, a formidable mid-field team. In 2006 and 2007, he was the test driver for WilliamsF1, a former World Champion team and currently a strong mid-field competitor. I am certain that Karthikeyan’s career graph in Formula1 would be far different if TATA had invested their money in him about 5 years earlier. Currently, the only option for Karthikeyan (and hence TATAs) seems to be HRT, the team with the slowest car on the grid!

Q: What next for TATA?

Will they invest in Indian Motorsport to consolidate their investments further? Will they help India find their next ‘Narain Karthikeyan’? TATA Tea is already involved in soccer shools in India via their Inter Milan association; can they do something with motorsport? TATAs have always stayed shy of investing in motorsport in India even with Karthikeyan’s NK Racing Academy that was launched in the mid-2000s. With international brands like Volkswagen and Toyota increasingly investing in the sport in India, I hope TATAs have a change of mind here! (Read more: Toyota Enters Indian Motorsport, Introduces Toyota Etios Motor Racing Championship)

With the 2014 Formula1 season, new engine regulations are expected to be implemented. The 1.6 litre, V6 turbo-charged configuration has been proposed keeping in mind the technology transfer that car manufacturers could do from Formula1 to road cars. Could this interest TATA Motors further and make them India’s first ever Formula1 engine manufacturer? If this does happen, it could be the TATA Group’s best investment in Formula1 and TATA Motors would have truly arrived on a world stage!

And lastly, with this support and money from the TATA Group, can Karthikeyan secure a drive with a better team for next year? Would teams like Caterham, Sauber or Williams who have traditionally shown interest in pay drivers be interested in him (and TATA’s money!)? For Karthikeyan and Indian Formula1 fans, I do hope so!

2012 Formula1 Podcast: Mclaren To Make It Four In A Row 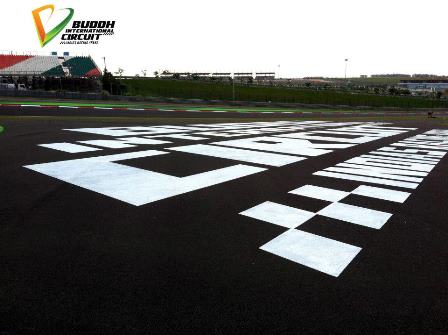