Thursday was my first day at the Buddh International Circuit, the venue of the 2012 Indian Grand Prix. And I must admit that I was pleasantly surprised when I entered the circuit. The surroundings were green and the finishing touches which lacked last year were all taken care of. Infact, the circuit facilities found praise as usual amongst the visiting Formula1 team and their members.

Star Sports will broadcast all sessions of the Indian Grand Prix live and given how important this race holds for the Drivers’ Championship, I expect more viewers to tune in than last year. And for those seeking entertainment from this race, should read about the ‘Celebrity Presence At The 2012 Indian Grand Prix’.

Pirelli tyres will play an important role this weekend after teams have struggled to find the right balance and don’t have much historic data on tyre wear at this circuit.

This is how the qualifying unfolded:
Q3:

While Red Bull Racing have shown good pace, I suspect Mclaren could have the upper hand in the race. However, should Vettel make a getaway at the start, I doubt it will be easy to catch him. However, I bumped into Button over dinner tonight and if he has his way, he could well be chasing Vettel after Turn 1!

So what is his way? Get up to P2 by Turn 1 and then chase down Vettel! Now let’s just hope that happens! 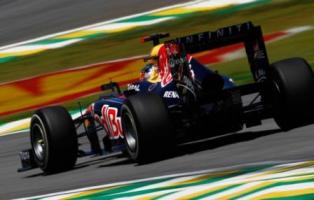 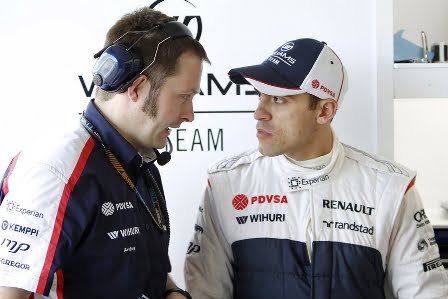