An alt-F1 blog that explores the sport and business of Formula 1 + the home of the Inside Line F1 Podcast
Kunal's F1 Blog
Skip to content
Homepage F1 Humour Multi 21, Team Orders And PR Talk 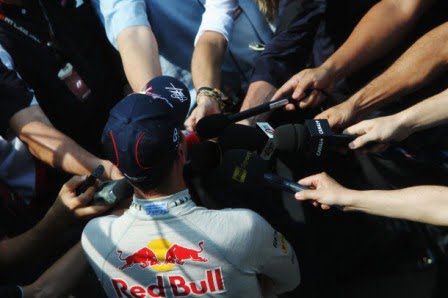 The 2013 Malaysian Grand Prix provided all the excitement on and off track. My post ‘Emotions, Tensions And Vettel Score A Win’ saw debates and opinions fly all over on my Formula1 blog and on social media. While the initial comments were all in favour of Webber, the scales tilted Vettel and his ruthlessness as fans slept over the incident! Hopefully Webber did too…!

Given the incidents and topics in Sepang over the Malaysian GP weekend, Rishi and I had to make an effort to keep this Formula1 podcast short and simple. When I saw the final length, I knew we had succeeded in our efforts. Here’s what’s in store for you: (YouTube channel: http://youtu.be/AzSWTirNixl)

Much like Narain and Karun, we too move away from Formula1 as we go talking about Narain’s switch to AutoGP and Karun’s decision to race in the FIA GT Series. Some interesting content for Indian Motorsport fans!

And as Rishi asks, is controversy good for sport? Go hear what our view is…!

Our earlier podcast ‘If Schumacher Turns TV Commentator’ received some rave reviews. If you’ve not heard it already, go ahead and do so.

For those keen to read, here’s the latest on Narain Karthikeyan and Karun Chandhok:

And my favourite post on Newey and Brawn: ‘Will We See Adrian Newey vs Ross Brawn Finally?’