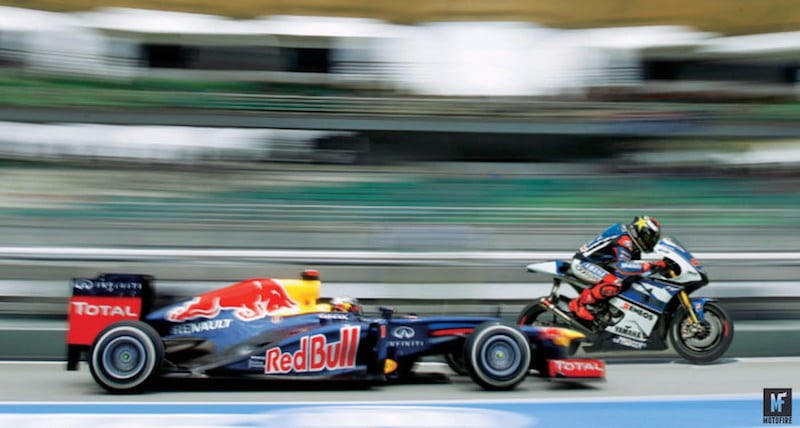 The classic racing in IndyCar, MotoGP and Formula E in the last week has ensured a dream start to the Motorsport season of 2018. Will Formula 1 enthral us at the season-opening 2018 Australian Grand Prix with a multi-driver battle for victory, or will we be subjected to another race (or season!) of dominance from Mercedes and Lewis Hamilton? Whatever it may be, the pressure is on Formula 1 to match up to the level of excitement and racing action the other series are able to offer.

In this week’s episode of the Inside Line F1 Podcast, Mithila and I wonder if the drivers of the future will be expected to perform more duties than just racing. Lewis Hamilton apparently introduced Tommy Hilfiger to Mercedes and Fernando Alonso has been making comments on how to use the halo to increase driver recognition for fans. Will Sergey Sirotkin be made to design Williams’ front wing before being allowed to race it? Well, Sirotkin holds an engineering degree.
And of course, the marketers in us discuss Formula 1’s first-ever global media campaign with keen interest. There’s a lot more than Formula 1 could do within their ‘Engineered Insanity’ video. And again, more on this to follow.

After coining the term ‘Return on Penalties’ last week, this week, we discuss the ‘Battle of the Renaults’ and the new driver rivalries it could throw up. And there’s a new feature that we plan to introduce – ‘What Toto Said This Week!’
Finally, predictions for the first race of the season are the hardest, but we give it our best shot. Let’s hope the season isn’t as boring as our predictions are though. Tune in!
(Season 2018, Episode 8)

Co-hosted by Mithila Mehta and Kunal Shah, the Inside Line F1 Podcast is a weekly show on Formula 1 that attempts to simplify the sport and business of Formula 1. This show also adds much needed humour to the otherwise serious world of Formula 1. In 2017, the show grossed 200,000 listens across all platforms and was top-rated on iTunes and audioBoom. The show is available on Kunal’s F1 Blog and partner websites such as Motorsport, Firstpost, Car & Bike, Sportskeeda, Scroll, Talking About F1, iForSports, Sporting India and others.