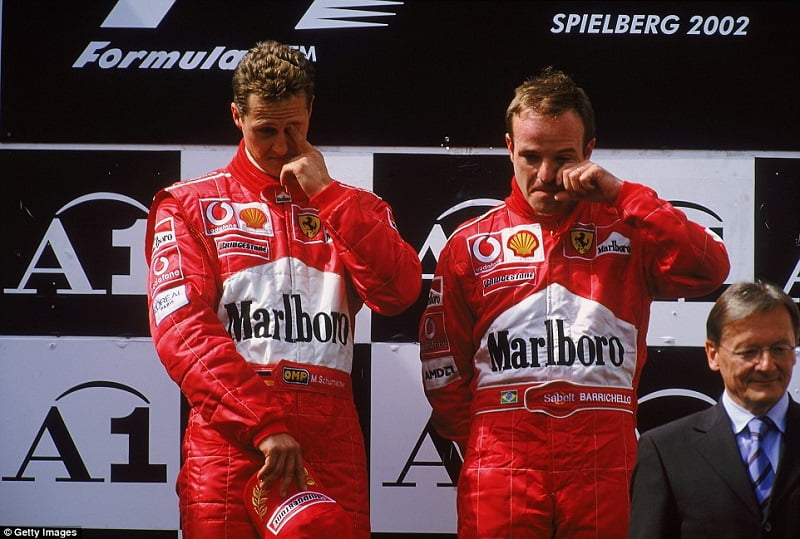 The 2017 Chinese Grand Prix confirmed Ferrari’s 100s of millions of dollars spent on the SF70H car, at least for the moment. Formula 1 will finally have the much-awaited and much-needed Ferrari vs. Mercedes battle this season. But of course, it’ll also depend heavily on the in-season development program of both the teams. Are Mercedes prepared to spend millions to retain their title?
However, did Ferrari’s strategy to not use team orders cost them and Sebastian Vettel victory in Shanghai? This is good speculation and there are already some posts that indicated that Vettel would’ve been closer and that’s not guarantee of a victory. But frankly, I am glad that they didn’t employ team orders and ask Kimi Raikkonen to make life easy for Sebastian Vettel for two reasons. Firstly, I am not in favour of team orders. I know the whole argument about Formula 1 being a team sport blah blah blah, but still, I am happy to see team-mates fight, especially at this early stage of the season. It is good to see Ferrari follow Mercedes and Red Bull Racing’s lead to allow their drivers race on-track. (Multi 21 & The PR Around It)
The second reason I am glad with Ferrari for not using team orders is that it keeps the unpredictability and uncertainty quotient high and this is good for the sport. It’ll hopefully excite more people to tune in. Had Ferrari won, people would’ve assumed that Formula 1 has moved from a Mercedes to Ferrari dominance.
Finally, on Ferrari, it was heartening to see them attempt a different strategy for the second race in succession. This is despite all the flak they’ve received in the previous seasons. While the Vettel strategy was marred by the Safety Car period, I do think that Raikkonen was at the receiving end of Ferrari paying extra interest in Vettel’s race and ignoring the Finn. The team wishes to have a chat with their number 2 driver and I would love to be a ‘fly on the wall’. (Ferrari Should Hire Max Verstappen)

The Driver Of The Day, The Talent Of The Century – Max Verstappen

Max Verstappen’s P16 to P3 seemed more awesome when you consider that he made the progress purely on his speed, talent and overtaking and not by relying on an aggressively hopeful tyre strategy. The only worry (for me) is that Verstappen finished 45 seconds behind Hamilton, a strange 15 seconds more than he took in Australia.
While Verstappen was voted as the ‘Driver of the Day’ in China, I was a bit annoyed to see him fumble and give up P2 to Vettel at the hair pin at the end of the back straight. I can’t remember when we last had a Vettel vs. Verstappen battle and I feel robbed of one from China! (How Can Verstappen Not Know Heel-Toe?)
Daniel Ricciardo’s smile was a little less broad after Verstappen beat him to P3 to score Red Bull Racing’s first podium of the season. Just to know Ricciardo’s new party trick (Did The FIA Ban The Shoey?), I was rooting for him to make it to the podium.
Red Bull Racing are soon going to face the ‘problem of plenty’ with Sainz Jr. (a bold decision to start the race on super softs while all others did so on intermediates) expecting a promotion from Toro Rosso next season. In this three way battle, one driver will have to depart and I have a feeling it might be Ricciardo who will replace a retiring Raikkonen. For the record, Raikkonen is hoping for an extension to his contract for 2018 too and I get a feeling that since Ferrari seem to have sorted their car, they’re now keen to fix their second driver! Raikkonen’s chance of a renewal will improve IF his on-track form mirrors his on-radio form.
Give Red Bull Racing half a chance and they’ll deliver and that’s what they did in China. The former World Champion team would be happy to have not lost too many points to Mercedes and Ferrari in the Constructors’ Championship. Before fans complain of being bored of a Ferrari vs. Mercedes battle, I am hoping Red Bull Racing join the fun soon.

Mclaren’s woes could’ve also been Red Bull Racing’s. Helmut Marko thanked Mclaren for vetoing Red Bull Racing’s interest in using Honda power units. Can you imagine if there actually would’ve been a Red Bull Racing-Honda? We would’ve never seen the talent and magic of Max Verstappen or Daniel Ricciardo’s ‘shoey’ moments. Basically, Mclaren saved Formula 1 from being demolished by Honda! (Mclaren Is The Fan Favourite For 2017)
But Fernando Alonso is out to ensure that Honda doesn’t destroy his career or reputation. Alonso’s PR strategy is fairly evident by now. He wants to prove that he’s in prime form despite a lawnmower of a Mclaren-Honda. His radio and post-session comments through the season will be fun to listen to. Will he run out of comparisons and adjectives soon?
What are Alonso’s options in 2018? Hamilton’s indicated a no-interest from Mercedes, very strange, of course. Could Williams try their luck in luring the former but also Formula 1’s most unlucky World Champion? Or will it be a reunion with Ferrari?

Bottas vs. Raikkonen For Constructors’, Hamilton vs. Vettel For Drivers’

The two Finns have failed to light up the tracks like their team-mates. While Mercedes is willing to be patient with Bottas, a spin followed by a recovery spin did dent his hope for further support from China. The team with the faster Finn should win this year’s Constructors’ Championship and at this moment, it is difficult to choose the slower from the two. (Hamilton & Verstappen, F1’s Dream Team?)
Hamilton and Vettel are already showing the body language of title rivals and are publicly acknowledging the other’s talent and speed. For how long will this bonhomie and respect last? We’ve seen how both drivers shed their ‘goodie’ image once the stakes get higher. We will have a dramatic season in 2017.

Bernie Ecclestone’s Keen To Have Some Fun

I read that Bernie Ecclestone is keen to purchase Interlagos. Whether this would be a conflict of interest or not, I think the former chief is keen to just have some fun with the new boys running his sport! I have believed that the circuit owners always received a raw deal from Ecclestone and it’ll be interesting to see how the master negotiator ends up (re)negotiating his terms with the sport. On that note, should Formula 1 own circuits too? We’ll talk about this in the next episode, should time permit. (Donald Trump Should Hire Bernie Ecclestone)
On the note of circuits, a goodbye to Sepang for delivering some interest races and I was expecting Singapore to anyway dominate this market, so I am not surprised by the organiser’s decision. A welcome back to the German Grand Prix. Formula 1 is walking the talk by bringing back circuits with a history and legacy but they’re yet to confirm whether it’ll be a Nurburgring or Hockenheim. Can’t we just have both?
And finally, we’ve got our first double-header Formula 1 weekend. It is always good to have a shorter gap between races. Here are my quick predictions for Bahrain:
Pole Position: Sebastian Vettel
Race: Sebastian Vettel, Kimi Raikkonen, Lewis Hamilton
Here’s our post-race video with Firstpost.
Co-hosted by Mithila Mehta and Kunal Shah, the Inside Line F1 Podcast is a weekly show on Formula 1 that attempts to simplify the sport and business of Formula 1. This show also aims to add some much needed humour to the otherwise serious sport of Formula 1. In 2016, the show has crossed 150,000 listens and is top-rated on iTunes and Audio Boom. The show is available on Kunal’s F1 Blog and partner websites such as Motorsport, Firstpost, NDTVAuto, Sport360, Sportskeeda, Scroll, Talking About F1, Motor Octane and others. 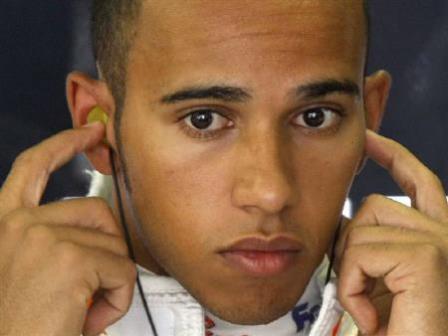 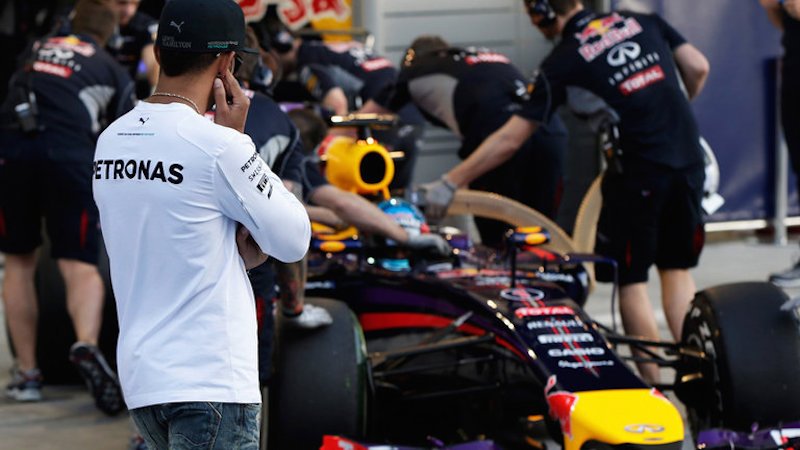 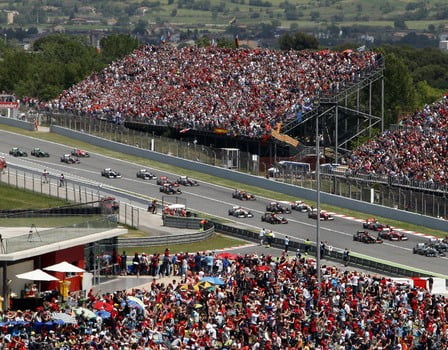