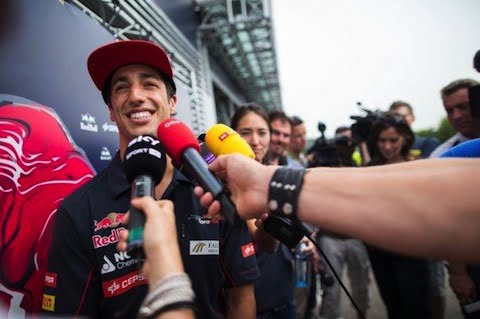 Daniel Ricciardo, who got confirmed as Mark Webber’s replacement in Red Bull Racing for the 2014 Formula1 Season, believed that ‘hips’ may just be an issue for him when he would sit in one of the compact Adrian Newey designed race cars! Now who would’ve thunk that ‘hips’ could’ve tilted the scales in favour of Kimi Raikkonen, who we were convinced was on his way to Red Bull Racing next season. (Read: Kimi Raikkonen Almost Raced For Red Bull Racing In 2014)

And amidst Ricciardo’s news, we also have the 2013 Italian Grand Prix coming up this weekend, at the historic Monza. After a month of no racing action, it is only fair to reward fans with races in Spa and Monza. Although I hope that this weekend’s race isn’t as boring as the 2013 Belgian Grand Prix. (Revealed: Bernie’s Goof Up In Spa!)

Here’s what’s in store for you in this weeks episode of the Inside Line F1 Podcast: (YouTube link: http://youtu.be/0F9ms-B_3c8)