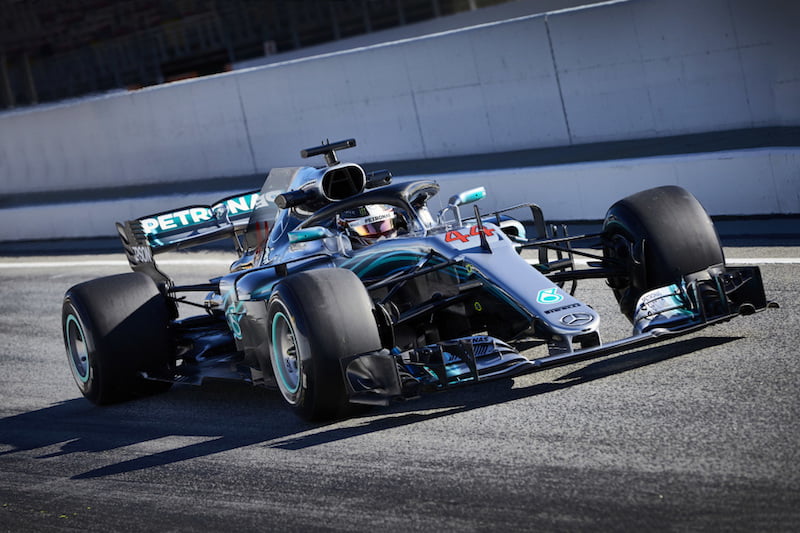 Let’s face it. Lewis Hamilton’s pole lap in Australia was more Hamilton than the Mercedes, party mode or not. It was only unlucky for Hamilton to lose the race to a software glitch. But that’s not the point of this post.

Sebastian Vettel claimed that Mercedes’ party mode didn’t bother him much, while Helmut Marko claimed that the party mode meant that Mercedes could just play with their rivals. While the mystical party mode could be a myth, the point is that if this mode does exist, it will ruin the party that we are hoping to have in the 2018 Formula 1 Season. It’s no wonder that Red Bull Racing have urged the FIA to regulate the party mode that Mercedes has developed to use in qualifying for this season. Whichever way you see this, such a ruling could be fair or unfair.
In this week’s episode of the Inside Line F1 Podcast, we wonder if a 4 year old suggestion from our podcast still holds true – give everyone Mercedes engines! That way, everyone gets invited to the party – one that’s not always been fun since 2014.

Either way, had Ferrari’s Safety (Virtual / Real) Car gamble not worked out, we were wondering how they would orchestrate Vettel finishing ahead of Raikkonen. Would it be via a botched pit-stop or crystal clear team orders? On that note, it was good to see Raikkonen have the good measure of Vettel all through the weekend in Australia.

As for Daniel Ricciardo, his recovery drive on Sunday proved why Red Bull Racing need him – even if they claim that they would be happy to let him go. Verstappen’s impatience and Kevin Magnussen’s Haas got the better of him. Btw, had Magnussen finished, he would have been my choice of the pointless Driver of the Day award. Also, I disagree with Verstappen’s views that the 2018 Australian Grand Prix was a boring race – no way! It wasn’t our best, but it was far away from the Formula Yawn that we have been subjected to many a times in the last many seasons.
In Red Bull Racing’s case, they couldn’t showcase their true pace in the race. However, Christian Horner believes that Ricciardo’s ‘fastest lap of the race’ is good proof of their competitiveness. Let’s hope there’s some truth in his belief.

Netflix – Formula 1, Who Foots The Bill?

Finally, Formula 1 announced a deal with Netflix – one that will produce a documentary on the 2018 Formula 1 Season and release it in the winter months of silence that follow after Abu Dhabi. It’s a step in the right direction for Formula 1, but I am eager to know who is footing the bill for this documentary. Is it Formula 1, who is eager to reach out to newer audiences via different platforms? If that’s the case, the teams could see a drop in earnings from the sport as the new owners (okay, they’re no longer ‘new’) up the sport’s marketing spends. Or does Netflix believe that there are genuine stories from the world of Formula 1 that they could make interesting content from? Well, let’s hope they’ve learned lessons from the success of Rush.

What Formula 1 Can Learn From Rush

(Season 2018, Episode 9)
PS: Joining the party on the Inside Line F1 Podcast this week is a special guest from Melbourne, Australia – Ashley. She’s 12 years old, a big fan of Formula 1 and Fernando Alonso. She visited the Grand Prix over the weekend and sent an audio byte of her experience and how she thinks this season will unfold. Make sure you catch her on our show too.
Co-hosted by Mithila Mehta and Kunal Shah, the Inside Line F1 Podcast is a weekly show on Formula 1 that attempts to simplify the sport and business of Formula 1. This show also adds much needed humour to the otherwise serious world of Formula 1. In 2017, the show grossed 200,000 listens across all platforms and was top-rated on iTunes and audioBoom. The show is available on Kunal’s F1 Blog and partner websites such as Motorsport, Firstpost, Car & Bike, Sportskeeda, Scroll, Talking About F1, iForSports, Sporting India and others.