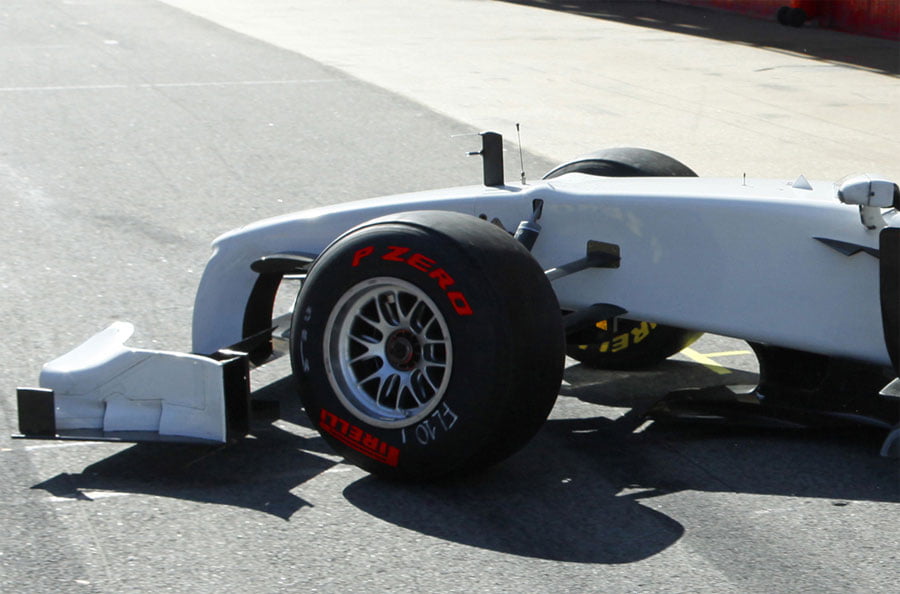 Pirelli’s comeback in Formula1 is much anticipated and the Italian tyre manufacturer has been busy testing its tyre compounds since the 2010 Abu Dhabi Grand Prix. I believe that the first half of the 2011 season will largely belong to the team and driver combination that can understand the Pirelli tyre better and make it work well.

Pirelli can play a bigger role if they were to spice up on-track action by providing slightly less durable tyres and ensuring that the teams would need to pit at least 2 times in a race. The indication that this might be a possibility was when Pirelli’s official test driver and former Mclaren driver Pedro de la Rosa tested the new tyres in a private test in Abu Dhabi earlier this week and opined that the difference between the soft and hard tyres was ‘large’.

Paul Hembrey, Pirelli’s Motorsport Director also mentioned that an important part of Pirelli’s mission was to ‘assist the show and give all our stakeholders what they want’. If this hints to two-stopper GPs, then this is a welcome move for all F1 fans!

Pirelli is also looking at an innovative way to help fans identify the different tyre compounds that will be raced during the GPs. Bridgestone used a simple green band on the sidewall of the softer compound tyre and I think that strategy worked well.

News is that Pirelli is looking at going a different route. Leaving the sidewalls empty, they are looking to use different colour Pirelli logos and lettering on the tyre wall to differentiate between the tyre compounds. The reports suggest that the tyres will sport the following coloured lettering:

While this may seem innovative for a new entrant, I think this could lead to confusion amongst the audiences. The fans are used to the ‘green band’ tyres and I think Pirelli should’ve continued with the same scheme. Now the fans will have to memorize colour codes for different tyres, an addition to all the rules changes of the 2011 F1 season.

Pirelli might be getting their tyre compounds right, but their colour codes certainly not.