An alt-F1 blog that explores the sport and business of Formula 1 + the home of the Inside Line F1 Podcast
Kunal's F1 Blog
Skip to content
Homepage F1 Humour Testing Ends, Racing Begins 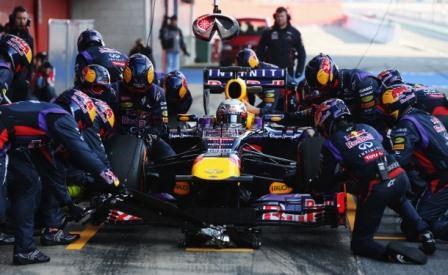 Just the time of the 2013 Formula1 Season that we were waiting for – testing to end, racing to begin! It is that time of the year when all Formula1 fans sit back, observe timings and read as many reports available to find out the quickest teams from testing. However, like most years, it is only when the sport reaches the 2013 Australian Grand Prix does one find out the real truth.

I have written about testing in the past (The Fun Part Of F1 Testing) and Rishi and I have recorded a few podcasts before too. Do hear the ‘Pre-season Testing’ and ‘Ban On In-Season Testing’ podcasts as well.

In this week’s Formula1 Podcast, here’s what we discussed: (YouTube channel: http://youtu.be/5_gYyfpsmdg)

We’ve enjoyed bringing our pre-season podcasts to you and hope you’ve enjoyed it too. Now, like you, we eagerly await the start of the new Formula1 season. Excited, are you too?

And if you’re the type who likes to read as well, below are a few posts that you should read too: