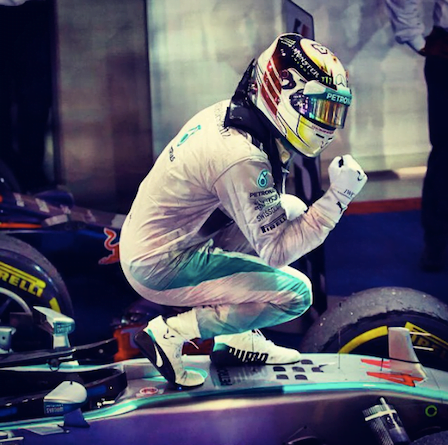 Lewis Hamilton’s win and Nico Rosberg’s retirement in the 2014 Singapore Grand Prix indicated two things; first, Hamilton’s not lost any of his talent, second, this year’s Drivers’ World Championship could be decided by reliability. Of course, both these factors aren’t a revelation of sorts, so it is more like I am stating the obvious.

Singapore also revealed that Mercedes has been and will be lucky this season. The Constructors’ Championship is theirs to lose, but they won’t. However, had there been even a remote challenge from any of the other constructors, I wonder if their reliability issues and tyre strategy errors would’ve cost them more than what it has in the 2014 Formula1 Season. (Read: Mercedes Is The New Red Bull) The engine unfreeze is being discussed at the moment, which is unfair to Mercedes, of course, but as a fan, if it helps level the playing field, I wouldn’t mind it from being implemented. After all, we are all focused on improving the show!

Will Honda’s entry make Mclaren an attractive team for the 2015 Formula1 Season? The Alonso-Mclaren rumours are only getting stronger, but I doubt that the switch would or should happen for the coming season.

Much like Alonso, we can only speculate about the engine that Honda can manufacture for the next season, but if you see their car development in the current season, one would possibly have second thoughts. Although, their battle with Sahara Force India has been most epic, possibly the only one on the grid that has seen so many position changes in the Constructors’ Championship table.

While Nico Hulkenberg has delivered the consistent points scoring finishes, Sergio Perez has delivered the spike in performances and his fights with Mclaren in the last few races have been notable. His last few laps in Singapore were most entertaining and kudos to the Mexican for that.

The other driver who surprised in Singapore was Jean Eric Vergne. However, was his noteworthy drive a little too late in his career? Will a move out of the Red Bull Racing camp be possible for him? Or will he go the Buemi – Alguersuari way?

And then again, if we have three car teams next year, will it be a saviour for drivers like Vergne? Are you in support of three car teams in the near future? (Read: Three Car Teams Is The Future)

Tune in to the latest episode of the Inside Line F1 Podcast.